by Jodi Thomas
Published by Harlequin 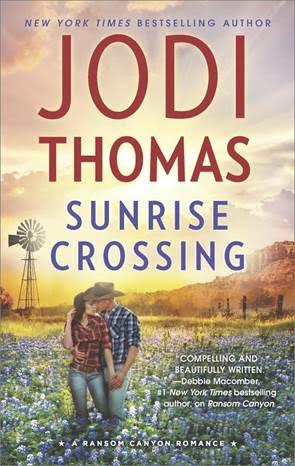 Return to peaceful Crossroads, Texas, where community comes first and love thrives in the unlikeliest places…

Yancy Grey is slowly putting his life back together after serving time for petty theft. As he rebuilds an old house, he finally has a sense of stability, but he can’t stop thinking of himself as just an ex-con. Until one night, he finds a mysterious dark-haired beauty hiding in his loft. But who is she, and what secret is she protecting?

The art gallery Parker Lacey manages is her life—she has no time for friends, and certainly not lovers. But when her star artist begs Parker for help, she finds herself in a pickup truck, headed for the sleepy town of Crossroads. A truck driven by a strong, silent cowboy…

Gabe Snow has been a drifter since he left Crossroads at seventeen after a violent incident. When he accepts a job in his hometown, he’ll have to decide whether he can put the worst night of his life behind him and build a future in the community that raised him.

“I love the depth Jodi Thomas brings to her characters, and the chance we have to see them developing over a period of time. It makes for very satisfying reading. Some relationship angst, some mystery and danger, a long time quest to be fulfilled. Great mix of a story.”

“Thomas weaves each character’s story together into one great tale that is sure to keep you reading late into the night!”

“Thomas is a wonderful storyteller, and her latest offering is a great example of her work—a tender and sweet story of romance. Readers will have their heartstrings gently tugged as the featured characters find their way to one another.”

VICTORIA VILANIE CURLED into a ball, trying to make herself small, trying to disappear. Her black hair spread around her like a cape but couldn’t protect her.

All the sounds in the airport were like drums playing in a jungle full of predators. Carts with clicking wheels rolling on pitted tiles. People shuffling and shouting and complaining. Electronic voices rattling off numbers and destinations. Babies crying. Phones ringing. Winter’s late storm pounding on walls of glass.

Victoria, Tori to her few friends, might not be making a sound, but she was screaming inside.

Tears dripped off her face, and she didn’t bother to wipe them away. The noise closed in around her, making her feel so lonely in the crowd of strangers.

She was twenty-four, and everyone said she was a gifted artist. Money poured in so fast it had become almost meaningless, only a number that brought no joy. But tonight all she wanted was silence, peace, a world where she could hide out.

She scrubbed her eyes on her sleeve and felt a hand touch her shoulder like it were a bird, feather-light, landing there.

Tori turned and recognized a woman she’d seen once before. The tall blonde in her midthirties owned one of the best galleries in Dallas. Who could forget Parker Lacey’s green eyes? She was a woman who had it all and knew how to handle her life. A born general who must manage her life as easily as she managed her business.

“Are you all right, Tori?” Parker asked.

Tori could say nothing but the truth. “I’m living the wrong life.”

Then, the strangest thing happened. The lady with green eyes hugged her and Tori knew, for the first time in years, that someone had heard her, really heard her. 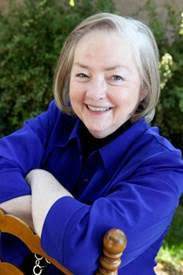 JODI THOMAS has published over 30 books in both the historical romance and contemporary genres, the majority of which are set in her home state of Texas. Publishers Weekly calls her novels “Distinctive…Memorable,” and that in her stories “[tension] rides high, mixed with humor and kisses more passionate than most full-on love scenes.” In 2006, Romance Writers of America (RITA) inducted Thomas into the RWA Hall of Fame for winning her third RITA for THE TEXAN’S REWARD. She also received the National Readers’ Choice Award in 2009 for TWISTED CREEK (2008) and TALL, DARK, AND TEXAN (2008). While continuing to work as a novelist, Thomas also functions as Writer in Residence at the West Texas A&M University campus, where she inspires students and alumni in their own writing pursuits.

**Giveaway Ends 10.7.16 and open to all who can legally enter.
Open to residents of the US Only
Must be over 18 or have your parents permission to enter.
An email will be sent and you have 48 hours to reply or a new winner will be chosen.
Winner will be announced within 48 hours at the end of the giveaway.
Giveaway is organized by Bookhounds and sponsored by the publisher
It has no affiliation with Facebook, Twitter or any other entity.
Void where prohibited.**
Not Responsible for lost, stolen or misdirected prizes.
a Rafflecopter giveaway 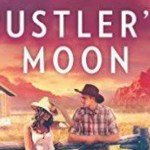