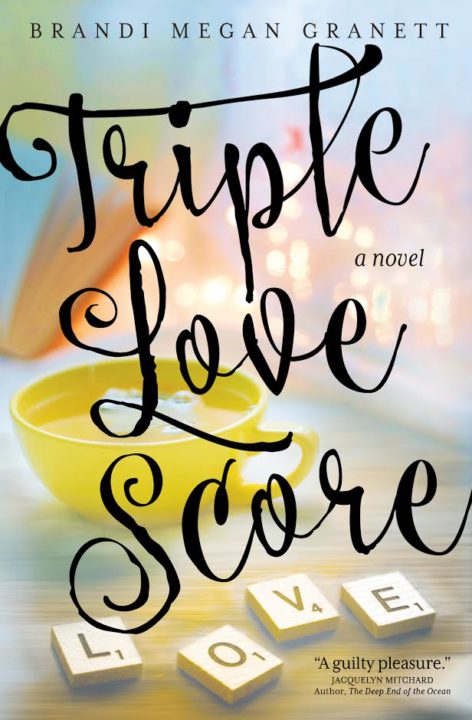 What happens when you stop playing games?

Miranda Shane lives a quiet life among books and letters as a professor in a small upstate town. When the playing-by-the-rules poet throws out convention and begins to use a Scrabble board instead of paper to write, she sets off a chain of events that rattles her carefully planned world.

Her awakening propels her to take risks and seize chances she previously let slip by, including a game-changing offer from the man she let slip away. But when the revelation of an affair with a graduate student threatens the new life Miranda created, she is forced to decide between love or poetry.

“A poignant plot and genuine characters build a creative premise to make this novel a must-read.”

“An entertaining romance novel with an engrossing plot, a conflicted heroine, and a couple of surprising, poignant takeaways.”

“A love story that is on one hand sweet, but on the other full of surprises and intrigue, set against the background of competitive…Scrabble? It sounds entirely unlikely but this is exactly what Granett has spelled out in a slim novel that deserves kudos (using that ‘k’) and could easily become a guilty pleasure.”

“A charming mash-up of viral poetry, relatable characters, and slow-simmering romance. Granett explores how doing the unexpected might lead to what you had always wanted.”

“A romantic pleasure with delightfully unique characters and a plot that takes you on an unexpected journey. Granett has a clear writing style that brings each scene to life and makes for a tremendously engaging read. As a fan of love and poetry, I highly recommend it!”

Even at twelve years old, Miranda knew better than to dissuade her mother from orchestrating her own funeral.

“So,” Louise began, “you will wear the brown dress. Not the black. You are too young for black. Anita will iron it for you and make sure you have fresh hose. Daddy, luckily, already wears the right suit. The town car will come for you. Yes, you will sit in the back. Don’t even ask to ride up front. The car will take you to the church. The big one, downtown, the one my mother loved. I didn’t like it there except for the music. I loved the organ and the choir. So that’s what it will be. All music. No sense in your father standing up there to speak. I couldn’t do that to him.” Her mother’s voice quavered. She could pretend to be okay with dying for only so long.

Miranda, perched on the bow window seat of her parents’ bedroom, remained silent. There was no sense in talking. Her mother valued knowledge, concrete plans, and making sure everyone knew exactly what to expect.

Louise leaned back against the floral print chaise lounge and gasped for breath before continuing. She picked up the gold chain she wore around her neck. Her engagement ring, a single emerald cut diamond, hung from the chain, and caught the light. Cancer robbed her mother of the simplest of things like wearing this ring; all of her joints swelled from the treatment while everything else shrunk. The ring at once could not fit and could not hold. Louise let the ring dangle in front of her for a moment before tucking it back into her blouse. Miranda stroked the Hermes scarf on her mother’s head.

“Randa,” she said, “it makes me feel better to know you are prepared. Tell me which dress you will wear.”

Miranda knew what the doctors said and didn’t argue. Her mother smelled like death, sickly sweet like overripe fruit. Her thick hair, a chestnut brown and wavy, like Miranda’s own, abandoned her shortly after the first treatments. Her arms could barely manage to lift a full glass of water. And Miranda’s mother was always right. If Louise said knowing about the funeral would make it better, it would.

The funeral turned out as planned. The brown dress, which Anita ironed. The car where she sat next to her father. The big church downtown. But her mother hadn’t mentioned the flowers. The smell of them: waxy, sweet, green. Yet the scent of their wilting decay hung in the air, too. Miranda clung to her father’s side as he moved up the crowded aisles. Her parents, both lawyers and popular ones at that, served on committees, argued cases, and taught at the law school. Throngs of people came to say goodbye. Each bent low and tried to look Miranda in the eye, but she couldn’t match their gaze. Their eyes ringed red from tears didn’t mirror her own grief. They hadn’t known what was coming; they hadn’t sat in that sunny room and discussed death and funerals with her mother. Miranda spent her own tears long before the funeral.

Finally, they made their way through the crowd to the front where Linden, Bunny, and Scott sat. Bunny, her mother’s best friend, knew the drill. Bunny hired the organist and booked the church. Linden arranged the car service. Even though they weren’t related, they were family. Miranda slid over next to Scott as she always did. He was her brother and best friend rolled into one. He would play video games with her and sometimes let her win or picked her for his manhunt team. They watched movies together and re-enacted scenes for their parents’ applause. They took turns reading to each other on long car rides to the shore where they would swim and play Frisbee while their parents perfected the margarita with many failed but consumed batches. But today wasn’t like that. Miranda suspected no day would ever be like that again.

Of course, they sat in the front pew. Miranda knew that. Her mother stressed that point. “I know you don’t like being front and center, my girl,” she said, petting Miranda’s hair, then sun-streaked from the summer spent by the pool watching her mother try and fail each day to swim like she used to. “People expect you up there. Funerals are for everyone, not just the family. Try to remember that.”

But in the front row, they were closer to the flowers. And their smell. It began to stick to the back of her throat and reach down deep into her lungs. Her chest constricted. The Reverend signaled for everyone to stand. The weight of this day and all the days of her mother’s illness pressed down upon her. Miranda went to move, but her legs gave out from under her just as the thunderous noise from the organ began. She saw her father’s gaze transfixed on the cross over the altar and was grateful he didn’t see her falter. She tried again to stand. This time a hand around her waist lifted her. Scott looked down at her, his own eyes brimmed with tears. He lifted her up and then took her hand, pulling her arm close to his. He kept his arm tensed and flexed. She leaned into him, gripping his fingers so tightly that the knuckles on both their hands turned white. Embarrassed, she moved to let go.

“No,” he whispered, squeezing her fingers tightly back. He didn’t let go. He kept her upright for the entire service of music and through all the goodbyes in the foyer of the church. He held her hand until the driver opened the door to the town car and ushered her inside.

“Thank you,” was all she said to him.

He only nodded in reply. 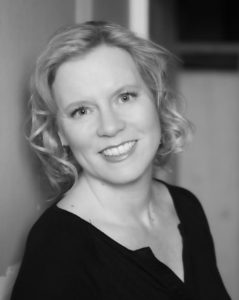 Brandi Megan Granett is an author, online English professor, and private writing mentor. She holds a PhD in Creative Writing from Aberystwyth University, Wales, an MFA in Fiction from Sarah Lawrence College, a Masters in Adult Education with an emphasis on Distance Education from Penn State University, and her BA from the University of Florida.

Granett is the author of My Intended (William Morrow, 2000). Her short fiction has appeared in Pebble Lake Review, Folio, Pleiades and other literary magazines, and is collected in the volume Cars and Other Things That Get Around. She also writes an author interview series for the Huffington Post.

When she is not writing or teaching or mothering, she is honing her archery skills. She lives in New Jersey with her husband and daughter. 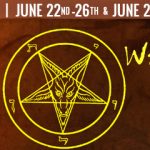 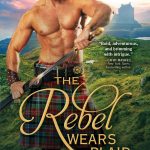