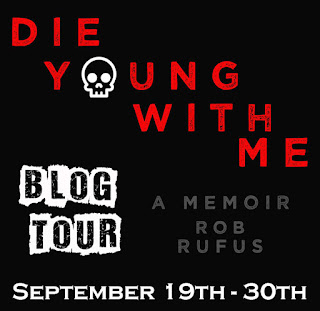 Welcome to Day #2 of the Die Young With Me Blog Tour!

Teen Cancer in Pop Culture
by Rob Rufus
When I was a teenager, childhood cancer was something whispered.  It was one of those things that we were supposed to pretend like we ignored, in the way we pretended to ignore what hotdogs are made of.  We all knew that it was terrible, but as long as the details were vague, we were happy to park it wayyyyyyy in the back of our minds.

These days, however, teenage cancer is everywhere – it’s hot, baby!  Movies!  T.V.!  Books!  Teen cancer has branded itself into mainstream pop-culture as well as the Kardashians.  Yet still, I feel like the general public has gained little more than that same old vague, inadequate understanding of the cancer experience.

How the hell is that even possible?  Cancer is so ingrained into millennial pop-culture that there is even a term for it – “Sick Lit.”

Maybe the problem is branding.  Instead of calling this genre “Sick Lit,” we should start calling it “Sick Lite,” because in these movies and books and television shows, cancer is nothing more than a setting, upon which the standard teen drama is staged.  The illness itself is never discussed in great detail.

Which really bothers me, even though I know that it shouldn’t.

Because, cancer survivor or not, I don’t have the right to hold any other artist to a certain standard.  I know cancer is dramatic!  Nothing adds an element of weight to a story more than the struggle between life and death.   All artists have a vision for what their art should/shouldn’t represent, and I can’t fault anyone for having a vision that doesn’t exactly line up with mine.

Beyond that, I’m genuinely glad that teenagers are reading anything!  Be it a book about cancer, or wizards, or post-apocalyptic wastelands, I think it’s amazing that kids still find joy in the written word.

All I can do is what I did – create my own art.  Say what is usually sanitized in pop-culture’s PG-13 version of the cancer experience.  That’s what I hope Die Young With Me does – takes the conversation one step further.

Stop by PageTurners tomorrow for the next stop on the tour! 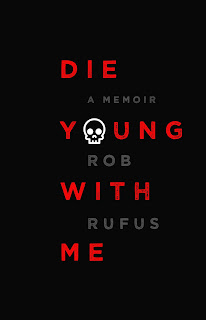 In the tradition of John Green’s The Fault in Our Stars and Me and Earl and the Dying Girl comes the incredibly moving true story of a teenager diagnosed with cancer and how music was the one thing that helped him get through his darkest days.

Punk’s not dead in rural West Virginia. In fact, it blares constantly from the basement of Rob and Nat Rufus—identical twin brothers with spiked hair, black leather jackets, and the most kick-ass record collection in Appalachia. To them, school (and pretty much everything else) sucks. But what can you expect when you’re the only punks in town?

When the brothers start their own band, their lives begin to change: they meet friends, they attract girls, and they finally get invited to join a national tour and get out of their rat box little town.

But their plans are cut short when Rob is diagnosed with a rare form of cancer that has already progressed to Stage Four. Not only are his dreams of punk rock stardom completely shredded, there is a very real threat that this is one battle that can’t be won.

While Rob suffers through nightmarish treatments and debilitating surgery, Nat continues on their band’s road to success alone. But as Rob’s life diverges from his brother’s, he learns to find strength within himself and through his music. Die Young With Me is a raw, honest account of a brave teen’s fight with cancer and the many ways music helped him cope through his recovery.

About the Author: Rob Rufus is a musician and writer living in Nashville. His band, Blacklist Royals, has released two full-length albums and played in sixteen countries over the past five years. Rob has written articles for Modern Drummer, Amp Magazine, Digital Tour Bus, and many music sites. Rob also works closely with the cancer community, including the Lance Armstrong Foundation, Stupid Cancer Podcast (the largest advocacy/support organization worldwide for teens with cancer), and Make-A-Wish Foundation. You can find him online at robrufus.net, on Twitter @rob_rufus, and Instagram @dieyoungwithme_official. 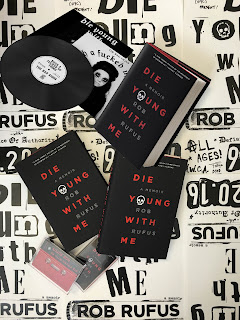 Here is another chance to win a copy!

**Giveaway Ends 10.1.16 and open to all who can legally enter.
Open to residents of the US Only
Must be over 18 or have your parents permission to enter.
An email will be sent and you have 48 hours to reply or a new winner will be chosen.
Winner will be announced within 48 hours at the end of the giveaway.
Giveaway is organized by Bookhounds and sponsored by the publisher
It has no affiliation with Facebook, Twitter or any other entity.
Void where prohibited.**
Not Responsible for lost, stolen or misdirected prizes.