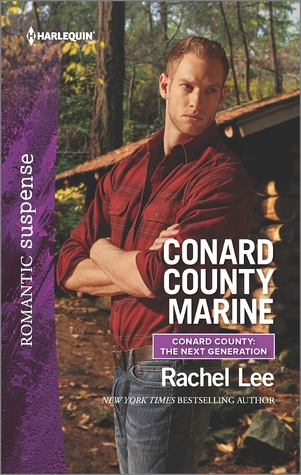 The arrival of a single black rose signals danger to come for Kylie Brewer. Recovering from a brutal attack that claimed three years of her memory and her chance at a promising career, Kylie just wants to pick up the remaining fragments of her life. She returns to her hometown of Conard City to live with her sister but soon learns that putting the past in its place won’t be easy.
Marine sergeant Evan Cooper—a trusted family friend who agrees to help Kylie—can’t ignore his protective instincts. Or the steadily growing desire he feels for a woman who has overcome so much. He vows to help keep Kylie’s demons at bay…but someone else has plans to finish what they started. 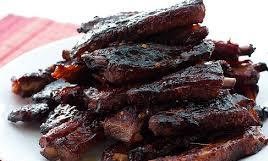 Bon Appétit and a Book: A delicious recipe to enjoy alongside the book.

I’ve been diabetic for the last twelve years, and by sticking carefully to my diet and exercise plan, I still don’t need insulin.  This means I don’t generally eat while reading.  However, if there’s one finger food I could go for that would be safe for me, it’s Korean barbecued ribs.  Marinated in sake, sesame oil, a touch of rice vinegar and some green onion, we bake these first then brown them on the grill.  Once browned they make a pretty good finger food.  A warning to those with sensitive noses: the sesame aroma will linger for several days.  I love it so it doesn’t bother me.  Just don’t touch the book or e-reader with your eating hand!

Rachel Lee is a New York Times best-selling author and the winner of Six Romantic Times magazine Reviewers’ Choice Awards, including the Lifetime Achievement Award, and is a five-time finalist for the Romance Writers of America’s RITA® Award. She has penned a wide variety of novels in several genres including fantasy, romantic suspense, and romantic comedy. She resides in Tampa, Florida.

**Giveaway Ends 9.23.16 and open to all who can legally enter.
Open to residents of the US Only
Must be over 18 or have your parents permission to enter.
An email will be sent and you have 48 hours to reply or a new winner will be chosen.
Winner will be announced within 48 hours at the end of the giveaway.
Giveaway is organized by Bookhounds and sponsored by the publisher
It has no affiliation with Facebook, Twitter or any other entity.
Void where prohibited.**
Not Responsible for lost, stolen or misdirected prizes.