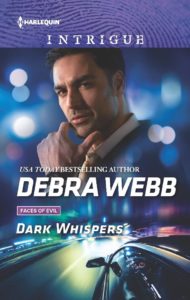 Former homicide detective Clint Hayes has his first client as a private investigator: a fragile beauty he isn’t sure he can trust. An injury has left Natalie Drummond with gaps in her memory, and she sees and hears things that aren’t there. But she’s sure she shot an intruder in her Birmingham mansion. So where’s the body, the gun, the evidence? When it’s clear someone is trying to kill his vulnerable client, Clint appoints himself her protector, working overtime not to fall for her. But someone is dead set that Natalie never regains her memories—or makes new ones with Clint. 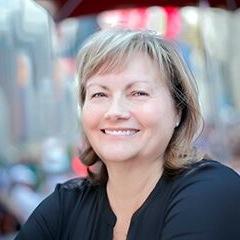 About the Author
DEBRA WEBB, born in Alabama, wrote her first story at age nine and her first romance at thirteen. It wasn’t until she spent three years working for the military behind the Iron Curtain–and a five-year stint with NASA–that she realized her true calling. A collision course between suspense and romance was set. Since then she has penned nearly 100 novels including her internationally bestselling Colby Agency series. Her debut romantic thriller series, the Faces of Evil, propelled Debra to the top of the bestselling charts for an unparalleled twenty-four weeks and garnered critical acclaim from reviewers and readers alike. Don’t miss a single installment of this fascinating and chilling twelve-book series! 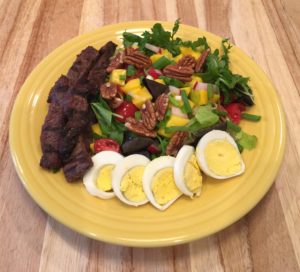 Bon Appétit and a Book: A delicious recipe to enjoy with

I absolutely love salads! All kinds! One of my favs that we make at home is super easy. We buy the really thin sliced steak (whatever cut you prefer) or you could use chicken or no meat at all! Weather permitting I love to grill the meat until it’s well done with a little extra char. For the salad I throw in everything but the kitchen sink. Whatever greens you love, scallions, grape tomatoes (I can eat those like candy!), radishes, cucumbers, pecans, and, of course, boiled eggs! Another ingredient that makes me happy is some sort of fruit. I often use fresh apples, orange slices, or mangos! The final touch is your preferred dressing! Bon Appetit!

**Giveaway Ends 9.19.16 and open to all who can legally enter.
Open to residents of the US Only
Must be over 18 or have your parents permission to enter.
An email will be sent and you have 48 hours to reply or a new winner will be chosen.
Winner will be announced within 48 hours at the end of the giveaway.
Giveaway is organized by Bookhounds and sponsored by the publisher
It has no affiliation with Facebook, Twitter or any other entity.
Void where prohibited.**
Not Responsible for lost, stolen or misdirected prizes.