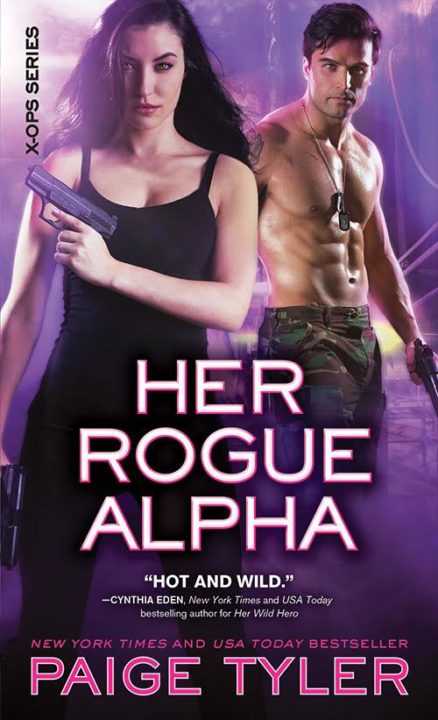 HE’LL DO ANYTHING FOR HER

Former Special Forces Lieutenant Jayson Harmon can’t believe that his war scars don’t matter to beautiful feline shifter Layla Halliwell. Why would she saddle herself with a broken man?

But Layla knows that Jayson is a hero to the core, and that only she can heal his wounded soul. So when Jayson is deployed on another deadly mission, no way is Layla staying behind…

Paige Tyler is a New York Times and USA Today bestselling author of sexy, romantic fiction. Paige writes books about hunky alpha males and the kick-butt heroines they fall in love with. She lives with hervery own military hero (a.k.a. her husband) and their adorable dog on the beautiful Florida coast. Visit www.paigetylertheauthor.com.

This September, Paige Tyler releases Her Rogue Alpha, the fifth in her heart-pounding X-Ops series. To celebrate, we have a letter from the hero and heroine to share with you. We also have the first THREE chapters to read FOR FREE!

Letter from Jayson Harmon, hero of HER ROGUE ALPHA.

Hi everyone. I’m Jayson Harmon, and you’ll be seeing me in the next X-OPS book called HER ROGUEALPHA. Paige asked me to tell you about my background and how I feel about my girlfriend, Layla Halliwell. I usually don’t like talking about personal stuff like this, but Paige threatened to go back into the book and give me a pink Mohawk and size six boots if I didn’t, so here goes.

I used to be in the Army Special Forces, but I got injured during a mission in Afghanistan and ended up taking a butt load of shrapnel in my back. The Army did their best to patch me up, but it didn’t help. I still got medically separated from the Army. I have to admit; I’m not dealing with that decision very well. The Army was going to be my life, and now that’s all gone. Worse, the guys on my SF A-team are still out there, fighting and risking their lives without me. That stings. Now I’m left figuring where my so-called life goes from here—if anywhere. I have a job running the weapon ranges at the Department of Covert Operations, but watching field agents train to go on missions I’ll never be able to is hard as hell. It wasn’t the life I pictured having, but I’m trying to make the best of it.

I also have an amazing girlfriend, though I can’t for the life of me figure out why she’s interested in broken man like me. Feline shifter Layla Halliwell is total perfection. She’s beautiful, talented, and has everything going for her. She’s even getting ready to go out on her first field mission as a DCO agent. Thinking abouther being out there, in danger, without me there to watch her back is driving me crazy with worry.

Now the deputy director of the DCO wants me to take an experimental drug that will not only heal my injuries, but give me shifter abilities. Problem is, people who were given previous versions of that same serum either died or ended up like wild, uncontrollable animals. I’d be lying if I didn’t say I was terrified to take the stuff, but at the same time, I’m afraid not to take it.

Is it crazy for someone like me—as screwed up as I am—to want to be whole enough to be able to be Layla’s partner in every way possible, including in the field on missions? I’d do anything for a chance like that.

Letter from Layla Halliwell, heroine of HER ROGUE ALPHA.

Hi! It feels kind of strange to write an open letter to people I don’t know, disclosing personal—not to mention classified—information. But Paige is nodding at me, so I guess this is okay.

I went to college to become a psychologist because I’ve always wanted help people. After graduation, I got a job at the Department of Covert Operations so I could work with shifters like me. I didn’t take the job intending to ever become a field agent, but now that I’m in training to become on, I’m excited at the prospect. I’ll still help people and I won’t have to sit behind a desk to do it.

My boyfriend, Jayson Harmon, on the other hand, isn’t as thrilled about my career change. He’s exactly what I’m looking for in a man and I really care about him. He’s strong (physically and mentally), heroic, charming, romantic, and yeah, he’s attractive as hell, too! Problem is, he seems determined to push me away. I know he’s still dealing with injuries he sustained in Afghanistan and I want to help him get through this rough time in his life, but I have to admit, it’s wearing me down. I don’t know how much more I can handle. How can I help him when he refuses that help? This mission I’m about to head out on might be the last straw. I’m not sure if our relationship can handle something like that. And if that isn’t enough, the deputy director of the DCO is trying to talk Jayson into taking an experimental drug he claims will not only heal Jayson, but also give him shifter abilities. I’ve tried to talk him out of it, but I don’t think I was very successful. I’m scared he’s going to be something stupid and extreme while I’m away on this mission, and I won’t be there to stop him…

You can find out more about Layla and Jayson’s story in Paige Tyler’s latest release, Her Rogue Alpha.Download the first THREE chapters here! 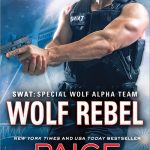 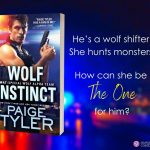 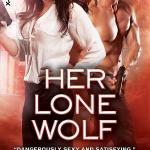