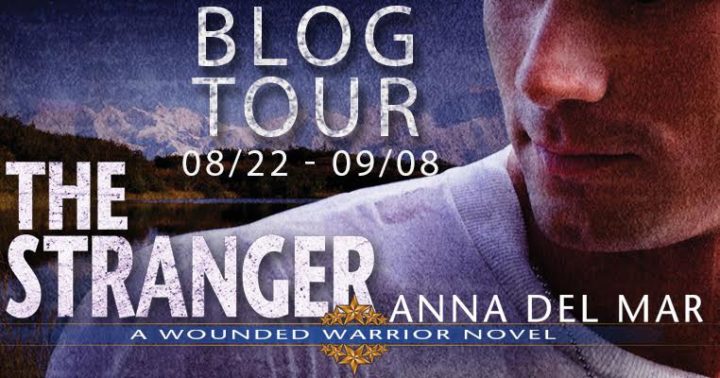 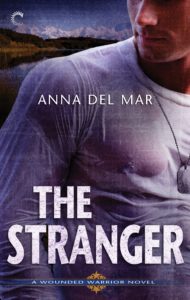 When a mysterious stranger is your only hope…

The scars of the past have left their mark, both physical and emotional, on former military pilot Seth Erickson. Off-grid in the far reaches of the bitter Alaskan wilderness, he wants only to be left alone with his ghosts. But he can’t ignore a woman in need—beautiful, stranded and nearly frozen with fear.

Summer Silva never imagined that the search for her missing sister would leave her abandoned on a wintry back road, barely escaping with her life from a cold-blooded killer for hire. Now, hiding out in the isolated cabin of the secretive wounded warrior who saved her, Summer knows she must do what she fears most. Putting her trust in a stranger is all she has left.

All defenses are down

After a fiery first night together, Seth and Summer are bound by a need as powerful as a Bering Sea superstorm—and vulnerable to enemies just as fierce. For Seth, reawakened by desire, there is no sacrifice too great, no memory too dark, to keep Summer safe. But murder and treason lurk everywhere and Summer may not survive Alaska’s ruthless winter.

Anna del Mar writes hot, smart romances that soothe the soul, challenge the mind, and satisfy the heart. Her stories focus on strong heroines struggling to find their place in the world and the brave, sexy, kickass, military heroes who defy the limits of their broken bodies to protect the women they love. She is the author of The Asset (Carina Press), the first novel of her Wounded Warrior series and three other novels scheduled for release during 2016.

A Georgetown University graduate, Anna enjoys traveling, hiking, skiing, and the sea. Writing is her addiction, her drug of choice, and what she wants to do all the time. The extraordinary men and women she met during her years as a Navy wife inspire the fabulous heroes and heroines at the center of her stories. When she stays put—which doesn’t happen very often—she lives in Florida with her indulgent husband and two very opinionated cats.

Introducing Summer Silva, the Heroine of The Stranger

I’m so pleased to introduce the readers of BookHounds to Summer Silva, the heroine of my brand new romantic suspense, The Stranger. The Stranger is the second book of my Wounded Warrior Series, following on the heels of the Amazon bestseller, The Asset. In The Stranger, Ex-military pilot Seth Erickson is fighting his own demons, but when he finds Summer Silva, a beautiful, warmth-loving, Miami woman stranded in the frozen wilderness, he’ll do everything in his power to keep her safe from murder, treason, and the ruthless Alaskan winter.

Welcome, Summer. Can you tell you us who you are and how you ended up in Alaska in the first place?

Hi and thanks for having me. I’m Summer and I’m from Miami, the land of sun and surf. To be honest, Alaska was never on my list of places I wanted to visit. I don’t think I would have ever made it here if my sister hadn’t run away with a guy she met on the Internet. Yep, that’s Tammy for you. It fell on me to come all the way out here to talk some sense into her.

What happened once you arrived in Alaska?

A huge Bering Sea superstorm, that’s what happened. Can you believe it? Worse, I was stranded on a desolate off-grid road. My rental had skidded on a path of ice and tumbled down a ravine. Later on, I found out I’d been the victim of an inexplicable murder attempt, but at that point, all I could think was…black ice? Really? We don’t ever get that in Miami.

Is that where you met Seth?

He came down the road roaring in that huge black truck of his. He flew right by me. He almost didn’t stop. I know I must have looked like a madwoman slipping and sliding, wearing only my Burberry trench coat and my really tall designer heels, but hey, I got on that plane straight from work. I came to Alaska on an emergency and I didn’t exactly get to plan my trip, which explains why I was unprepared for the weather.

What was your first impression of Seth?

He was kind of a grouch. On the other hand, he was also totally gorgeous and delicious to my eyes. I think that, because of my past, I was as suspect of him as he was of me. But the storm was on us and I had no choice. I had to go with him.

We took shelter in his cabin. Let me tell you, this was no humble, off-grid hut. Turns out Seth is an Alaskan tycoon, the scion of his family’s huge fortune and one of Alaska’s wealthiest men. I think we were both very confounded by each other at first. All of that combined with my…err…little secret, made for a fiery night and a pretty rough start.

Don’t make me laugh. Of course, I did. That’s why The Stranger is a romantic suspense! You won’t want to believe me, but I–sensible, self-reliant Summer Silva–fell head over heels in love with an enigmatic stranger who stole my heart in my dreams.

The way he reacted the morning after helped. He didn’t judge me. Instead, he tried to help me. Come to find out, he had his hands full when we met. He was fighting off a takeover attempt and dealing with his quarreling family. He didn’t tell me much about his past, but the more I learned about him, the more I admired him, especially when I found out that Seth was a helicopter pilot who got wounded in Afghanistan and was struggling to recover from injuries, haunted by his past and fighting his demons.

Of course, he never talked about any of that and he never let on. He wouldn’t. Seth is a total alpha, brilliant, blunt, systematic and precise, always cool and in command, a man who despises emotion and sticks to his icy logic… until he met me.

At what point of the book did you start getting nervous about how everything was going to turn out?

The whole time I was in Alaska I was wondering if I would survive. I also wondered if two people as different as Seth and I could make it together. Then there were the complications. His family. My family. The hostile takeover. The murder attempt. God, the stuff that happened to me! I got charged by a bear. A brown bear. Crazy, right? That would have never happened in Miami, not even in my wildest dreams—and I have a lot of those. As to the crash, when the plane went down in the middle of the Alaskan Range I thought I was dead. Finito. Over.

How do you feel about the ending of the book without giving too much away?

I loved the ending, because I love Seth.

Thanks for this interview, Summer. Will we be seeing more of you in the future? 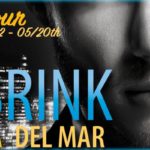 $25 #Giveaway AT THE BRINK by Anna Del Mar @anna_d