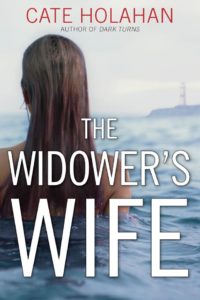 Ana Bacon, a young housewife, tumbles off a cruise ship into the dark and deadly waters, but did she take her secrets with her?
Investigator Ryan Monahan is a numbers man. So when his company sends him the Bacon case, which could net a ten million dollar payout, Monahan doubts that her death is just a tragic accident. But the husband has a substantial alibi and a number of witnesses claim to have seen Ana fall. So the official ruling seems to be substantiated.
Still, the more Monahan uncovers about Ana’s life, the more he realizes how many people would kill to keep her secrets hidden. And the closer he gets to the truth, the greater the odds grow that he, too, will take a fatal fall.
Cate Holahan looks at the dark underbelly of a marriage from the perspectives of the detective and the victim in her tense and enthralling page-turner, The Widower’s Wife.

Advance Praise for The Widower’s Wife

“One of those rare thrillers that really will keep you reading all night, especially if you pack it to take on your next Caribbean cruise.”

“Ingenious and engrossing. The Widower’s Wife is a twisting, Gone Girl-esque thriller full of lies and secrets that kept me delightfully off balance right to the end. Cate Holahan is a star on the rise.”

“The investigator Ryan Monahan is so intriguing that readers will be anxious to read about his further adventures.” 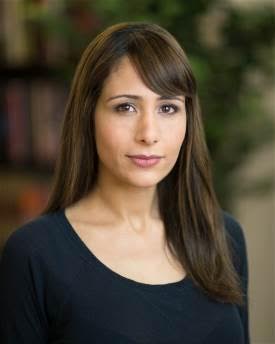 CATHERINE “CATE” HOLAHAN is an award-winning journalist and former television producer.Holahan’s articles have appeared in BusinessWeek, The Boston Globe, The Record and on web sites for CBS, MSN Money, NorthJersey.com, BusinessWeek.com, and CNBC. Her short fiction won first place in the 19th annual Calliope competition, a magazine published by the writer’s group of American Mensa.

GILLIAN FLYNN. I’ve devoured all her books in one sitting. I love her writing style and her complex female characters. Her prose is witty and intelligent. She does great dialogue. Her twists are truly unexpected.

I saw her at a conference with Karin Slaughter, another of my favorite writers (COP TOWN and PRETTY GIRLS are fantastic books: violent and tense but at the same time funny with real, multifaceted characters), and I didn’t have the guts to talk to either of them. I was too worried that I would come across overly excited and stalker-ish. Though, I’m probably coming off that way right now in this paragraph.

Any violence against children. I can deal with the threat of violence. Some of the stories in which I have been most invested put children at risk of something horrible happening. With those tales, I’m there, gripping the pages, silently pleading with the author that the little kid makes it out of the situation unscathed. But reading any depictions of violence against kids often makes me put the book down.

KITE RUNNER was a beautiful story. The rape scene is a necessary part because of what it teaches the main character about himself and the trajectory it sets the two boys on. Still, I couldn’t go back to the book for a few days after that scene in the alley. I needed time to remove myself and hold my own kids a bit tighter.

I plot and then, as the characters lead me other places, I re-plot. I am constantly updating excel spread sheets with different character arcs and plot matrixes. I’m kind of obsessive that way.

I like the word asinine because it sounds so much like the start of a bad word, but it’s not. And, as a description of behavior, it gets the same point across. When my mother was upset with me or my siblings she would say we were acting asinine. It was probably better than complaining that we were acting like little, *ahem, jerks. 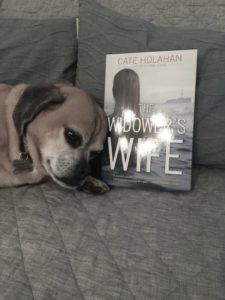 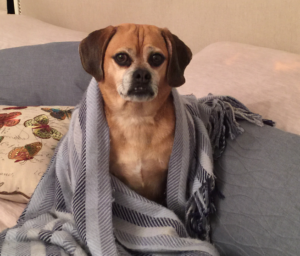 **Giveaway Ends 8.21.16 and open to all who can legally enter.
Open to residents of the US Only
Must be over 18 or have your parents permission to enter.
An email will be sent and you have 48 hours to reply or a new winner will be chosen.
Winner will be announced within 48 hours at the end of the giveaway.
Giveaway is organized by Bookhounds and sponsored by the publisher
It has no affiliation with Facebook, Twitter or any other entity.
Void where prohibited.**
Not Responsible for lost, stolen or misdirected prizes.