by Maisey Yates
Published by Harlequin 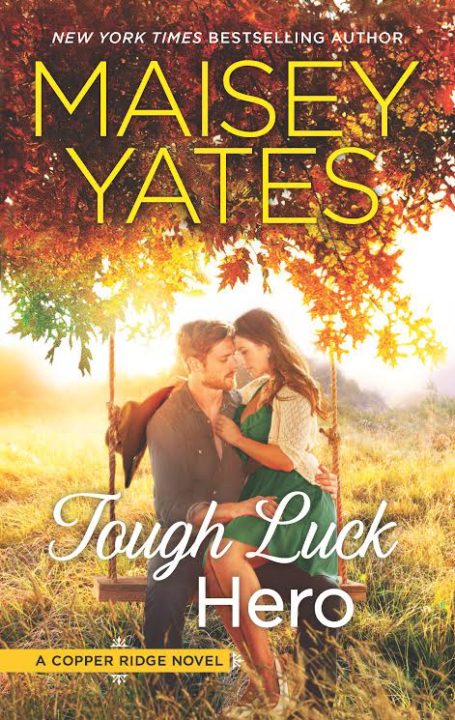 Can the golden boy of Copper Ridge, Oregon, get a second chance at happy-ever-after?

Ranching heir Colton West knew his wedding would be the talk of the town. But he didn’t expect to get left at the altar—or to escape on the next flight to Vegas with Lydia Carpenter, the woman who gets under his skin like no one else. The only thing crazier than honeymooning with Lydia is waking up married to her. So why does he find himself entertaining his new wife’s desire to stay married—and fantasizing about a real wedding night?

As Copper Ridge’s prospective mayor, Lydia can’t risk a divorce scandal so close to election time. But pretending to be blissfully in love with her new husband is more confusing than she’d thought. For a man who’s always rubbed her the wrong way, Colton suddenly seems to know exactly what to do with his hands. And his lips. Now Lydia’s wildest mistake could turn out to be her luckiest move, if they’re both willing to take the ultimate gamble…

Colton West couldn’t remember the last time he had gotten blackout drunk. Maybe college? Maybe. It was hard to say if in those scenarios he had passed out because of the alcohol or because they were still awake at five in the morning after some ridiculous party.

Though at none of those ridiculous parties had he married anyone.

And, judging by the messages overflowing his phone, he had gotten married last night.

Which wouldn’t be that weird since yesterday was supposed to be his wedding day. The weird part about it was that he had married a bridesmaid. Not the bride.

And not just any bridesmaid.

There were three other bridesmaids. All of whom he was more likely to get drunk and marry in Vegas than Lydia. Or at least, he would have thought so if asked prior to his hasty Vegas marriage.

Actually, had he been asked prior to his hasty  Vegas marriage he would have said there was no way on earth he would ever get drunk and marry anyone spur of the moment. He was not a spur-of-the-moment kind of guy. Colton was a planner. Colton had never set one foot out of line.

After his older brother had taken off and completely abandoned the family, it had been up to Colton to establish himself as the likely heir to his father’s business. It had been up to him to be the son his father needed. And he had taken that duty very seriously.

Hell, the wedding yesterday was a prime example of that.

This was a nightmare. Unacceptable in every way.

So take it back.

It was the only thing to do. Unlike his brother, who had run when he didn’t want to deal with his life, and unlike his father, who had buried his mistakes, Colton would meet his head-on.

He looked up from his phone at his scowling—he winced—wife.

“Well, I can honestly say this is the last situation I ever expected to find myself in,” he said.

“No way,” she said. “You do not get to look this annoyed about the situation. This is your fault.”

“Granted my memory is questionable, but if I remember right, we were drinking in Ace’s. Then you were the one who suggested we go somewhere. You were the one who said you had the time off and wanted an escape. You are the one that facilitated the car to take us to the airport and said we needed to get a nonstop flight to somewhere that would be fun. And lo, we boarded a plane to Vegas.”

“At no point did you say no,” he said, wishing he could remember the events a little bit clearer. Maybe she had been hesitant. Maybe she had said no and he’d talked her into it.

But he was going to bluff his way straight through, dammit.

She folded her arms across her chest, crinkling the ridiculous lavender fabric of the bridesmaid dress she was wearing. One of Natalie’s choices. And honestly, he hadn’t cared. Not about the entire spectacle that she had put together with his mother from top to bottom. It hadn’t concerned him at all. The only thing that mattered to him was that Natalie was an appropriate choice. She’d been raised in a family like his. Highly visible in the community, with a lot of concern given to appearances. There were expectations placed on her as the daughter of the long-term mayor, and they matched the expectations placed on him. Plus, he was attracted to her. He liked her. A lot.

He’d liked her more before the wedding plans had started to get really intense. But, ultimately he had been confident in her as his choice of bride. So, the wedding had seemed like an incidental detail to him. Something that would have to take place to appease his mother, Natalie’s family and the populace of Copper Ridge, before he could get on with his life.

He hadn’t paid attention to things like bridesmaid dresses. And now he wondered if he hadn’t paid enough attention to Natalie, either. Well, obviously, since she had left him standing there at the altar without anything other than a quick apology text.

Actually, it hadn’t even really been an apology.

That was all she’d said. And he didn’t even get the message until later, after the ceremony that wasn’t. When he was already at Ace’s ordering the kind of hard liquor he never, ever drank in a public space. And definitely not to excess. Then Lydia had shown up.

Fast-forward a little bit—through scenes he couldn’t even remember—and here they were. 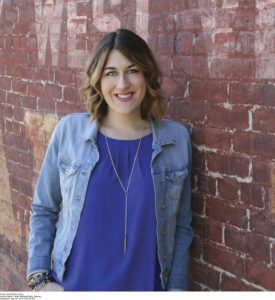 New York Times Bestselling author Maisey Yates lives in rural Oregon with her three children and her husband, whose chiseled jaw and arresting features continue to make her swoon. She feels the epic trek she takes several times a day from her office to her coffee maker is a true example of her pioneer spirit.

**Giveaway Ends 7.15.16 and open to all who can legally enter.
US only – must be over 18 or have your parents permission to enter.
An email will be sent and you have 48 hours to reply or a new winner will be chosen.
Winner will be announced within 48 hours at the end of the giveaway.
Giveaway is organized by Bookhounds and sponsored by the publisher
It has no affiliation with Facebook, Twitter or any other entity.
Void where prohibited.**
Not Responsible for lost, stolen or misdirected prizes.