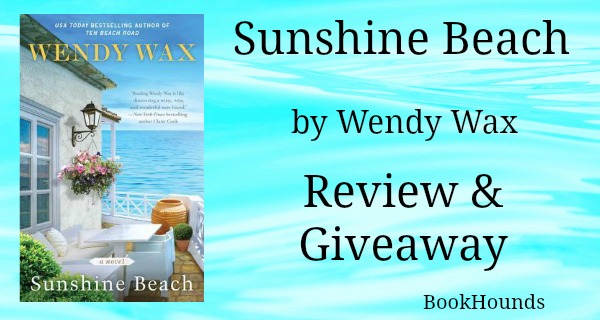 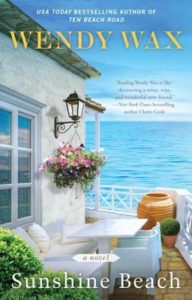 In this brand-new summer read by the USA Today bestselling author of The House on Mermaid Point, three women join forces to bring a historic seaside hotel back to life… There’s nothing that a fresh coat of paint and a few glasses of wine can’t fix… After losing their life savings in a Ponzi scheme, Maddie, Avery, and Nikki have banded together to make the most of what they have left, using their determination, ingenuity, guts, and a large dose of elbow grease. It’s Maddie’s daughter Kyra who stumbles across a once glorious beachfront hotel that has fallen into disrepair. The opportunity to renovate this seaside jewel is too good to pass up—especially when they come up with the idea of shooting their own independent television show about the restoration. What could possibly go wrong?   Everything. With the cameras rolling, Maddie’s second-chance romance with her all-too-famous new boyfriend gets complicated, Avery struggles with grief over the loss of her mother, and Nikki’s reluctance to commit to the man who loves her could leave her to face the biggest challenge of her life. Even the hotel seems to be against them, when their renovation uncovers a decades-old unsolved murder which just might bring their lives tumbling down all over again…

Maddie, Nikki, Avery and Kyra are all back together again after Kyra finds a dilapidated hotel in a perfect location.  After the fallout of losing everything to a Ponzi scheme set up by Nikki’s brother, the girls decide to go back to their roots and film another show to pay off their debts.  The Sunshine Beach Club and Hotel is owned by Renee and Annelise, two sisters with some serious sibling rivaling and some secrets of their own.  The girls also become involved in the mystery of what actually happened to the two sister’s mother.

Of course there is a bit of romance when Maddie and Nikki’s exes both return as well as a catch up on Kyra and Avery’s love life.  Of course there are nightly cocktails and plans that don’t go how they should, but that is all part of the charm of these books.  If you are a fan of HGTV and beachy summer reads, you will love Wendy Wax’s TEN BEACH ROAD series.  You don’t have to read them in order, but it does help a bit to become familiar with the characters.

Wendy Wax, a former broadcaster, is the author of twelve novels, including A Week at the Lake, While We Were Watching Downton Abbey, The House on Mermaid Point, Ocean Beach, and Ten Beach Road.

**Giveaway Ends 7.19.16 and open to all who can legally enter.
US only – must be over 18 or have your parents permission to enter.
An email will be sent and you have 48 hours to reply or a new winner will be chosen.
Winner will be announced within 48 hours at the end of the giveaway. Giveaway is organized by Bookhounds and sponsored by the me!
It has no affiliation with Facebook, Twitter or any other entity.
Void where prohibited.**
Not Responsible for lost, stolen or misdirected prizes.