A rollicking look at 1971 - the busiest, most innovative and resonant year of the 70s, defined by the musical arrival of such stars as David Bowie, Pink Floyd, Led Zeppelin, and Joni Mitchell
On New Year's Eve, 1970, Paul McCartney told his lawyers to issue the writ at the High Court in London, effectively ending The Beatles. You might say this was the last day of the pop era.
The following day, which was a Friday, was 1971. You might say this was the first day of the rock era. And within the remaining 364 days of this monumental year, the world would hear Don McLean's "American Pie," The Rolling Stones' "Brown Sugar," The Who's "Baba O'Riley," Zeppelin's "Stairway to Heaven," Rod Stewart's "Maggie May," Marvin Gaye's "What's Going On," and more.
David Hepworth, an ardent music fan and well regarded critic, was twenty-one in '71, the same age as many of the legendary artists who arrived on the scene. Taking us on a tour of the major moments, the events and songs of this remarkable year, he shows how musicians came together to form the perfect storm of rock and roll greatness, starting a musical era that would last longer than anyone predicted. Those who joined bands to escape things that lasted found themselves in a new age, its colossal start being part of the genre's staying power.
Never a Dull Moment is more than a love song to the music of 1971. It's also an homage to the things that inspired art and artists alike. From Soul Train to The Godfather, hot pants to table tennis, Hepworth explores both the music and its landscapes, culminating in an epic story of rock and roll's best year. 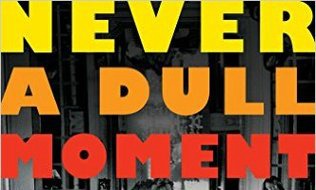 David Hepworth is a music journalist, writer, and publishing industry analyst who has launched several successful British magazines. He presented the definitive BBC rock music programWhistle Test and anchored the coverage of Live Aid in ’85. He has won Editor and Writer of the Year awards from the Professional Publishers Association and the Mark Boxer Award from the British Society of Magazine Editors. He is the radio columnist for the Guardian and a media correspondent for the newspaper.

I wasn’t quite expecting for this to be a book that would I would really enjoy, but it turns out that Hepworth weaves in his personal experiences with fact and makes for a very compelling read.  I love reading anything music related and while I was just a pre-teen during 1971, I had older brothers and a sister that constantly played the newest music. I have read so many books about the individual artists named and had access to all of the music, but his spin really makes the whole thing personal.

He uses a clever month by month account for each chapter to cover a distinct artist.  While you might not agree with this list, he does offer some valid reasons for the ones he picked.  He also cover those huge bands like the Stones and Beatles and what was to become of their second life acts.  I tend to agree that some of these bands like Sly Stone were overlooked for their contributions but this book will shine a light on them.

Review BEST STATE EVER A Florida Man Defends His H 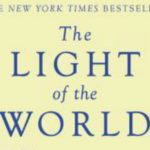 #Giveaway The Light of the World by Elizabeth Alex