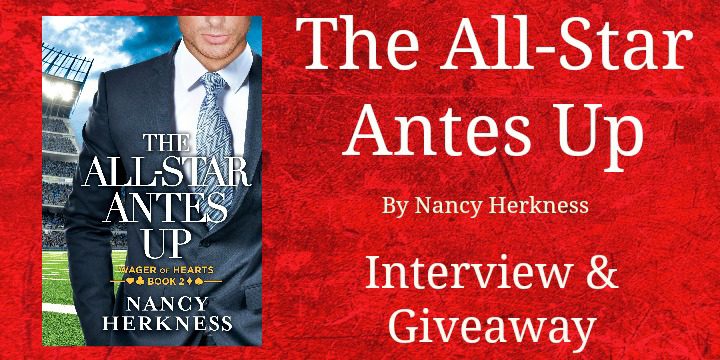 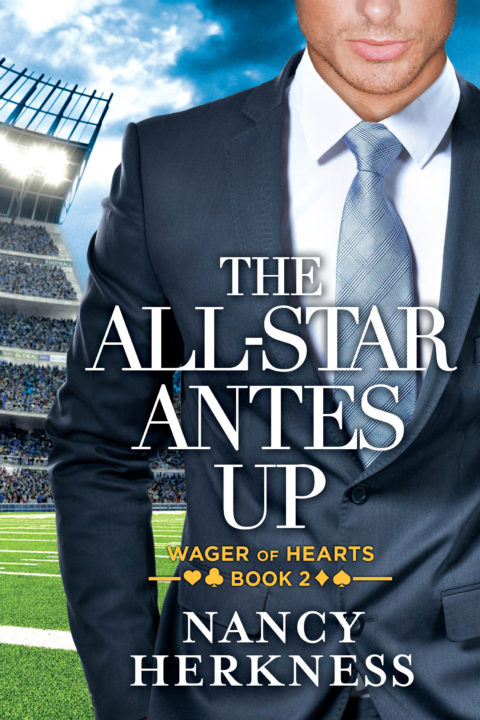 Title: The All-Star Antes Up
Author: Nancy Herkness
Release Date: May 31, 2016
Publisher: Montlake Romance
Genre: Contemporary Romance
Summary
“No strings, no rings.” That’s Luke Archer’s motto. As the champion quarterback for the New York Empire—not to mention a self-made billionaire—Luke has given up on serious relationships. Women only want him for one thing: the thrill of being with a superstar. And he likes it that way too. But when his best friend announces he’s retiring from football to spend time with his wife and kids, Luke feels like he’s missing out on something much bigger than his career.
The assistant concierge in Luke’s luxury high-rise, Miranda Tate fled her family’s dairy farm to come to the bright lights of New York City. She works hard to move up and sends her spare earnings home to her brother. When she and Luke meet, there’s an instant sexual attraction which turns steamy quickly, but they’re in completely different leagues. Could Miranda be just the woman Luke needs to win the most important game of his life? 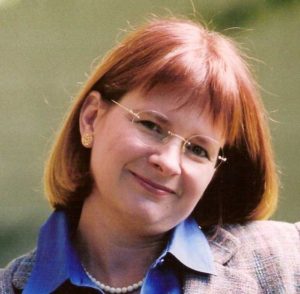 Author Biography
Nancy Herkness is the author of the award-winning Whisper Horse series, as well as several other contemporary romance novels. She has received many honors for her work, including the Book Buyers Best Award, the Maggie Award in Contemporary Romance, and the National Excellence in Romance Fiction Award, and she is a two-time nominee for the Romance Writers of America’s RITA award. She graduated from Princeton University with a degree in English literature and creative writing. A native of West Virginia, Nancy now lives in a Victorian house twelve miles west of the Lincoln Tunnel in New Jersey with her husband, two mismatched dogs, and an elderly cat.
Social Media Links
Website
Facebook
Twitter
Goodreads

1) Three billionaires walk into a bar…and they all walk out with plans at finding true love. This is quite a setup for you Wager of Hearts series. What first gave you the idea for the trilogy?

I had just finished the Whisper Horse series, set in a fictional small town in the mountains of West Virginia (where I grew up), and I was ready for a change of pace. I have always loved Randall Johnson, the multi-millionaire hero of my first novel, A BRIDGE TO LOVE, so I mentioned to my agent I’d like to return to the world of high living in the New York metro area, where I now reside. (Yup, I write what I know!) Since billionaires are a hot romance theme right now, my agent was enthusiastic.

First, I came up with the idea of the three men encountering each other at an ultra-exclusive club, so exclusive that it was billionaires only and they had to have made all the money themselves, not inherited it. Then, I needed something pretty powerful to tie the three of them together for a series. These men are each top-level competitors in their own fields, so a wager seemed exactly right for their bond. Men love to make bets and they never back down from them. What could be more challenging than betting on true love?

2) Can you describe a bit about each of your heroes. Do you have a favorite? (Don’t worry, we won’t tell anyone!)

Nathan Trainor is the CEO, an inventive genius, who’s gotten so bogged down in the corporate responsibilities of the company he founded that he’s lost the joy of creating things. He’s also discovered that it’s lonely at the top, and the women who want him do so for all the wrong reasons. Deep down inside he still feels like that geeky teenaged computer nerd who had to battle with a domineering father to follow his dreams.

Luke Archer is the golden boy of the Wager of Hearts trilogy. His looks are a combination of Apollo and Thor. His athleticism and leadership on the football field are the stuff of legend. Some brilliant investing has turned his already stellar compensation into billions. But being a quarterback has been his entire focus all his life, so he feels unprepared to face life after football, a prospect that’s rapidly bearing down on him.

Gavin Miller hides his pain behind snark. Dark and cynical, Gavin is the best-selling author of the Julian Best novels, whose super spy hero is combination of James Bond and Jason Bourne. The based-on-the-books movies put Gavin into the billionaire stratosphere. In fact, he’s the center of an entire Julian Best industry, which means that his sudden case of writer’s block is a huge problem for a whole lot of people.

I can honestly say that I do not have a favorite hero in this trilogy. Each one of them satisfies some aspect of my romantic soul. I think I’m having the most fun writing Gavin because I can unleash my sarcastic side without filters. But all three billionaires are compelling and appealing in their own unique ways. These guys will never bore me.

3) The hero of The All-Star Antes Up is Luke Archer. He is a champion quarterback and self-made billionaire, not to mention super sexy! Does this guy have ANY flaws?

Surprisingly, Luke is very insecure about his intellect. The man memorizes complex football plays but he still believes he’s just a dumb jock, partly because his brother Trevor has a PhD and doesn’t hesitate to remind Luke of that. As Luke nears the end of his sports career, he sees a bleak future because he’s lived and breathed football to the exclusion of everything else all his life. He’s having a real hard time handling that.

4) Luke really wants to find true love—not attached to his success or wealth. What makes Miranda Tate a good match for this amazing hero?

Miranda is a concierge at the luxury condo where Luke lives. She’s used to dealing with very high-visibility clients, so Luke’s accomplishments don’t wow her the way they do other folks. In addition, she is the soul of discretion, something Luke values highly in his very public life. Underneath her sophisticated facade, Miranda is a down-to-earth farm girl, and Luke’s favorite place in the world is his ranch in Texas, so they share a certain set of values. Miranda has ambitions of her own, and she wants to earn her success on her own merits. Luke identifies with this, even though he tries to interfere with it.

5) When a couple first starts dating, a common go-to for dates are fancy restaurants. However, Luke doesn’t want his relationship with Miranda based on his wealth. How does a billionaire go about wooing a woman he wants to impress, while at the same time, not flaunting his wealth?

Believe me, Luke is not above using the extensive means at his disposal to impress Miranda. He knows the way to Miranda’s heart is through her family. When he discovers that her brother and her nephew are huge Empire fans, Luke offers them VIP box tickets and signed memorabilia, as well as an invitation to a player-fan meet-and-greet, giving them a day to remember. Of course, that’s a whole different kind of power beyond money. I can’t tell you what I consider the most heartwarming and personal gesture he makes for Miranda because it would ruin the surprise. I will reveal that it involves cows.

6) Which hero is up next to get his happy-ever-after?

The writer, Gavin Miller, is the third and final billionaire to take on the Wager of Hearts. He has a terrible case of writer’s block. When his literary agent hires physical therapist Allie Nichols to work on the knots in Gavin’s neck and shoulders, little does the agent know that Allie will help him break through his block as well. I’m loving this book because I’m a writer and I’m from West Virginia, just like Allie, so there are a lot of my personal observations in it. For those readers who know my Whisper Horse books, there’s also a fun cameo appearance by Claire and Tim, from TAKE ME HOME.

Thank you so much for having me here at Bookhounds! You asked such great questions. I just have to mention that my oldest “brother” was a dachshund named Scrappy. My mother got him as a puppy about a year before I was born, so Scrappy and I grew up together. He lived to be 19! 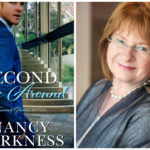