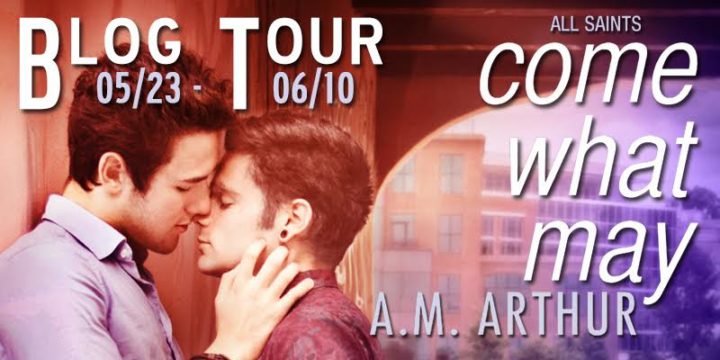 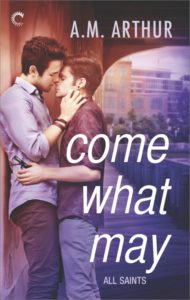 About Come What May

Jonas needs Tate. He just doesn’t know it yet.

Or at least, he doesn’t want to admit it. Because there is no way Jonas Ashcroft is gay. He’s a straight, carefree frat boy player, just like any good son of a conservative state senator. If only his struggle to convince everyone—especially himself—didn’t leave him so miserable. No matter how many girls or bottles he drowns himself in, Jonas can neither escape nor accept who he is.

Enter Tate. He’s smart, confident, and instantly sees right through Jonas’s surly exterior. Sure, he’s done things in life he’s not proud of, but he knows who he is and what he wants. And what he wants is Jonas. As their easy friendship intensifies into something more, Tate introduces Jonas to a life he’s never known. One filled with acceptance and sex and a love that terrifies and excites them both.

But some inner demons refuse to be shaken off so easily. When Jonas’s old life barges in, he faces a shattering choice, one that could destroy everything he and Tate have fought so hard for. Sometimes love just isn’t enough—and sometimes it’s exactly what you need.

No stranger to the writing world, A.M. Arthur has been creating stories in her head since she was a child and scribbling them down nearly as long. She credits an early fascination with male friendships and “bromance” (and “The Young Riders”) with her later discovery of and subsequent affair with m/m romance stories. When not writing, she can be found in her kitchen, pretending she’s an amateur chef and trying to not poison herself or others with her cuisine experiments

I love questions like this, because it lets me remember amazing books that I was so blessed to be able to read. I’m also going to narrow my focus by staying within the m/m genre.