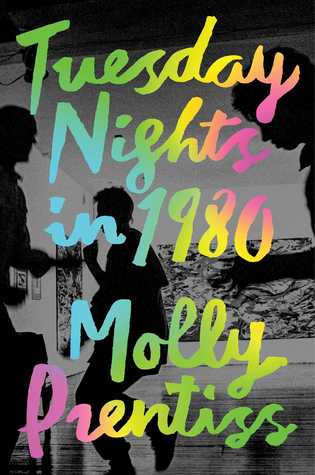 “In one sentence, Ms. Prentiss captures a sense of intoxication and possibility that six seasons of voice-overs from Sarah Jessica Parker never could…Ms. Prentiss concludes her novel on a note that’s both ethereal and brutally realistic. She cauterizes wounds, but they’re still visible and bare. But for her characters—for this promising author—it’s enough.” —The New York Times
“An intoxicating Manhattan fairy tale…As affecting as it is absorbing. A thrilling debut.” —Kirkus Reviews (starred review)
“A vital, sensuous, edgy, and suspenseful tale of longing, rage, fear, compulsion, and love.” —Booklist (starred review)

An intoxicating and transcendent debut novel that follows a critic, an artist, and a desirous, determined young woman as they find their way—and ultimately collide—amid the ever-evolving New York City art scene of the 1980s.
Welcome to SoHo at the onset of the eighties: a gritty, not-yet-gentrified playground for artists and writers looking to make it in the big city. Among them: James Bennett, a synesthetic art critic for The New York Times whose unlikely condition enables him to describe art in profound, magical ways, and Raul Engales, an exiled Argentinian painter running from his past and the Dirty War that has enveloped his country. As the two men ascend in the downtown arts scene, dual tragedies strike, and each is faced with a loss that acutely affects his relationship to life and to art. It is not until they are inadvertently brought together by Lucy Olliason—a small town beauty and Raul’s muse—and a young orphan boy sent mysteriously from Buenos Aires, that James and Raul are able to rediscover some semblance of what they’ve lost.
As inventive as Jennifer Egan's A Visit From The Goon Squad and as sweeping as Meg Wolitzer's The Interestings, Tuesday Nights in 1980 boldly renders a complex moment when the meaning and nature of art is being all but upended, and New York City as a whole is reinventing itself. In risk-taking prose that is as powerful as it is playful, Molly Prentiss deftly explores the need for beauty, community, creation, and love in an ever-changing urban landscape.

If Crash (movie) were a book about artists in NYC during 1980 and had a happier ending.

The story follows quite a few characters whose lives intersect in an area of New York City before it was cleaned up and artists were able to find cheap places to work their magic and create. The main character is an artist named Raul Engales and his rise and fall as one of the noted artists that brought about Keith Haring and Jean-Michel Basquiat Raul is posed to be the “it” star when he catches the eye of the Times’ art critic, James, who can make or break a career. James has Synesthesia and emotions appear to him as colors. When his pregnant wife, Marge, is knocked down at a New Year’s Eve party, the colors disappear and with it his ability to write. Lucy has moved from Idaho to live her life to the fullest, meaning she wants to hook up with an artist and it doesn’t seem to matter which one.

All of these characters and their subplots come together with a mass of ‘missed connections” that suddenly become cohesive and relevant in each other’s lives. When I first started reading this, I was very intrigued and fascinated with the world the author created but parts of it were a bit slow and I did lose interest. The story is somewhat depressing and the only thing that brought me out of the funk I was left in is that the author’s writing skill shows remarkable word play. I really would like to read more by this author in the future.