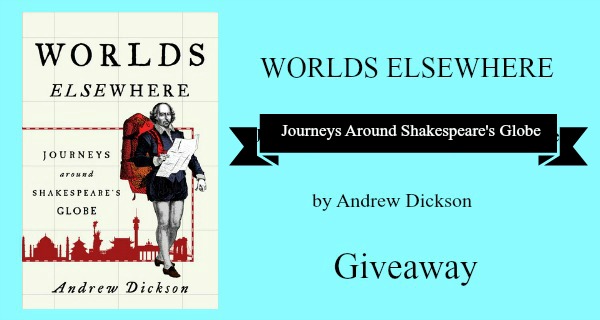 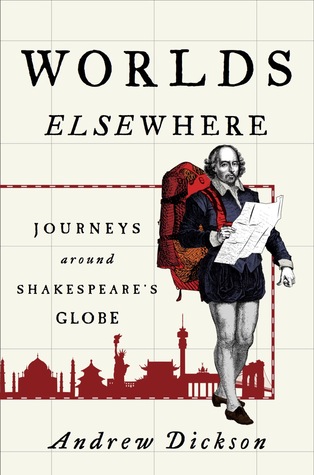 There are 83 copies of the First Folio in a vault beneath Capitol Hill, the world’s largest collection. Well over 150 Indian movies are based on Shakespeare’s plays – more than in any other nation. If current trends continue, there will soon be more high-school students reading The Merchant of Venice in Mandarin Chinese than in early-modern English. Why did this happen – and how? Ranging ambitiously across four continents and 400 years, Worlds Elsewhere is an eye-opening account of how Shakespeare went global. Seizing inspiration from the playwright’s own fascination with travel, foreignness and distant worlds, Dickson takes us on an extraordinary journey – from Hamlet performed by English actors tramping through Poland in the early 1600s to twenty-first-century Shanghai, whereShashibiya survived Mao’s Cultural Revolution to become an honored Chinese author.

En route we visit Nazi Germany, where Shakespeare became an unlikely favorite, and delve into the history of Bollywood, where Shakespearian stories helped give birth to Indian cinema. In Johannesburg, we discover how Shakespeare was enlisted into the fight to end apartheid. In California, we encounter him as the most popular playwright of the American frontier.

Both a cultural history and a literary travelogue, the first of its kind, Worlds Elsewhere explores how Shakespeare became the world’s writer, and how his works have changed beyond all recognition during the journey.

Andrew Dickson was raised in Yorkshire, and studied at Cambridge. He is currently an honorary fellow at Birkbeck, University of London, a former visiting fellow at the University of Warwick, and has contributed to The New Cambridge Companion to Shakespeare. Formerly an arts editor at the Guardian in London, he continues to write regularly for the paper and has also written for The New Yorker online and The New Statesman. He makes regular appearances on BBC radio and TV as a presenter and reviewer.
**Giveaway Ends 5.2.16 and open to all who can legally enter.
US only – must be over 18 or have your parents permission to enter.
An email will be sent and you have 48 hours to reply or a new winner will be chosen.
Winner will be announced within 48 hours at the end of the giveaway. Giveaway is organized by Bookhounds and sponsored by the me!
It has no affiliation with Facebook, Twitter or any other entitiy.
Void where prohibited.**
Not Responsible for lost, stolen or misdirected prizes.