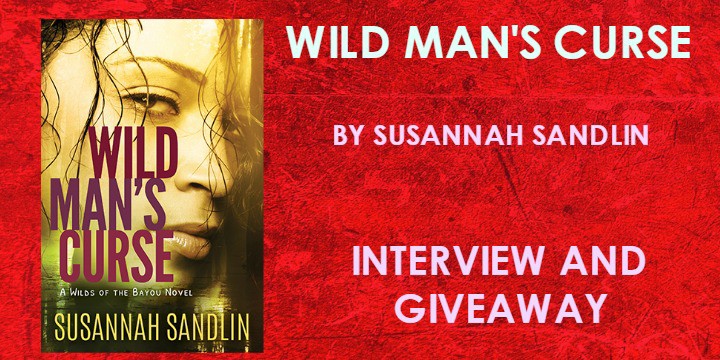 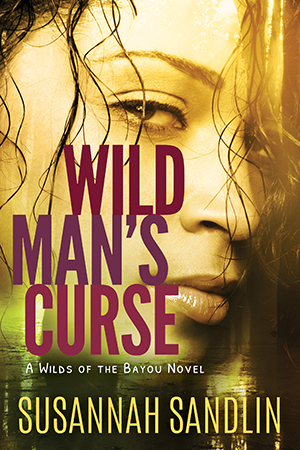 While on an early morning patrol in the swamps of Whiskey Bayou, Louisiana wildlife agent Gentry Broussard spots a man leaving the home of voodoo priestess Eva Savoie—a man who bears a startling resemblance to his brother, whom Gentry thought he had killed during a drug raid three years earlier. Shaken, the agent enters Eva’s cabin and makes a bloody discovery: the old woman has been brutally murdered.

With no jurisdiction over the case, he’s forced to leave the investigation to the local sheriff, until Eva’s beautiful heir, Celestine, receives a series of gruesome threats. As Gentry’s involvement deepens and more victims turn up, can he untangle the secrets behind Eva’s murder and protect Celestine from the same fate? Or will an old family curse finally have its way? 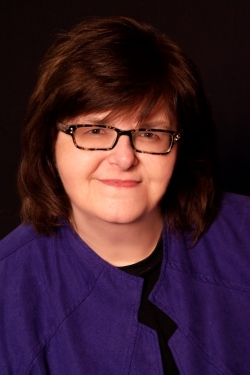 Susannah Sandlin is the author of the award-winning Penton Legacy paranormal romance series and The Collectors romantic suspense series. Writing as Suzanne Johnson, she is the author of the Sentinels of New Orleans urban fantasy series and several urban fantasy novellas. Susannah was a finalist for the RT Book Reviews Reviewers’ Choice Awards in both 2014 and 2015, and she is the 2015 winner of the Holt Medallion for romantic suspense, the 2015 Booksellers’ Best Award for romantic suspense, and the 2013 winner of the Holt Medallion for paranormal romance. A longtime New Orleanian, she currently lives in Auburn, Alabama, which explains her penchant for SEC football, gators, and cheap Mardi Gras trinkets.

Your newest romance has an unusual setting. How did you research the bayou?

I was a longtime resident of New Orleans and have had a lot of opportunity to explore South Louisiana west of the city, including Terrebonne Parish. I also have relatives and extended family who live in the river parishes west of New Orleans. Terrebonne Parish, in particular, has always fascinated me because it’s retained so much of its Cajun and Native American cultural heritage while at the same time struggling to survive on America’s most fragile coast and taking the brunt of the effects of offshore oil drilling. Most of the people there are warm and big-hearted, but they live close to the land and scramble to survive floods and hurricanes and coastal erosion. I didn’t go out and live on “da bayou” to research the series, but it’s a people and culture I love and have explored in my writing for years.

2) Your heroine fits right into her exotic locale. Can you give us some background on Celestine?

Celestine Savoie, or Ceelie, is a native of Terrebonne Parish, but she spent the ten years before WILD MAN’S CURSE living in Nashville, trying to make it as a singer/songwriter—and not being able to catch a break. She’s part Cajun, part Chitimacha (a Native American tribe indigenous to the area), part Creole, and all Terrebonne. Her father, who raised her, wanted more for Ceelie than a hard life scrabbling to make a living in Houma, and just before he died of cancer, made her promise to leave Louisiana behind and find a better life for herself. She’s tired of the struggle in Nashville and on the brink of eviction from her studio apartment when she gets a Terrebonne Parish sheriff’s deputy calls about the murder of her great aunt Eva Savoie, who’s known around the parish as a voodoo practitioner. After Ceelie’s mom ran out on her when she was eight, she spent a lot of time with her “Tante Eva,” learning how to throw the bones and do a few rituals of her own. She’s more Chitimacha warrior than voodoo queen, but she has “the touch,” as the old ones say, and it comes in handy.

3) How does she meet her hero Gentry Broussard? What makes her want to get to know him better?

When Ceelie returns to Terrebonne to settle her Aunt Eva’s estate, some things about Eva’s murder don’t add up to her. So she asks to speak to the Louisiana Wildlife and Fisheries enforcement agent (i.e., game warden) who found the body—that was Gentry. When he visits her at her aunt’s old cabin on the bayou to answer her questions, she finds him sexy as sin, but dangerous. The last thing she wants is to get stuck in Terrebonne Parish living in a double-wide with a houseful of kids, and Gentry is the kind of pure South Louisiana alpha male who could bewitch a girl with one flash of dimples. She doesn’t plan to be that girl. (But in the end, of course, she is that girl!) As for Gentry, he loves Terrebonne Parish and sees Ceelie as a short-termer who’s going to take off again as soon as she can, so he fights his attraction to her as well. (He also fails.)

4) If you had to characterize the plot, would you call it a story of opposites attract, friends to lovers, or insta-love?

It starts as opposites attract, then gradually becomes friends to lovers, aided by Gentry’s dog Hoss, of course, because dogs are great romance-builders. In a plot that spans a period of less than a month, there has to be some element of insta-love, I guess, but it’s foxhole insta-love, put on overdrive because of the escalating danger surrounding both Gentry and Celestine.

5) In your opinion, what is the most romantic scene in the novel?

For me, it’s not the obvious, flirtatious scenes but one that occurs late in the book, when Gentry finds Celestine again after she’s been through quite an ordeal at the hands of the murderer. She’s almost in shock, he isn’t sure she even recognizes him at first, and he’s torn up inside at the physical evidence of what she’s been through. He talks her down, then just picks her up and holds her until she can finally cry. He won’t let anyone else near her until she’s ready. It’s tender and sweet and romantic because they’re both such strong personalities and it’s a side of them we haven’t seen before.

6) This is the first in your Wilds of the Bayou series. What can you tell us about what to expect next?

The second book in the series will focus on Jena Sinclair, Gentry’s partner in Louisiana Wildlife and Fisheries’ enforcement division. Jena’s story picks up five months after the events of the first book, when she’s still dealing with a lot of the aftermath. Terrebonne Parish is experiencing an epidemic of a deadly synthetic drug called Black Diamond as well as a series of aggressive alligator attacks. And then there’s Cole Ryan, a recluse living off the grid on the edge of a virtually deserted area of marshland. To say his social skills are rusty would be an understatement. Drug-running, alligators, and romance collide in this one!