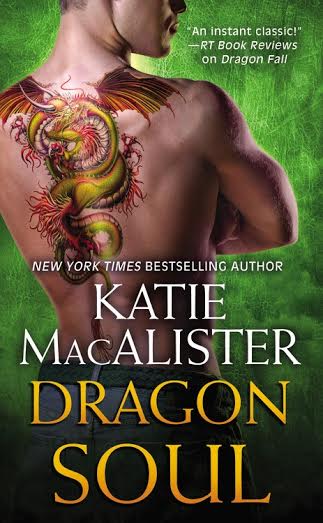 Sophea Long knows that escorting her octogenarian client to Europe will be an adventure. Mrs. P has a habit of stealing anything shiny, and the former “hoochikoo dancer” is a lot faster than she looks. But Sophea hadn’t counted on Mrs. P leading her right into the arms of a smoldering, dark-haired stranger who kisses like a dream. If only he’d give up all this nonsense about Sophea being some kind of dragon…

THAN THE FIRE INSIDE

There’s a reason Rowan Dakar is known as the Dragon Breaker. The last thing he needs is to fall for a woman who literally sets him aflame every time they kiss. After all, he has a mission-one that will finally free him of dragonkin for good. He can’t afford to be distracted by the funniest, most desirable woman he’s ever set eyes on. But no prophecy in the world can ever stop true love . . .

“I wanted to know what it feels like to be a dragon.”

“Yes, but there has to be more to it than that. When you were around the other dragons, you were all caveman protective and acting like an adorable but enraging man. With the monster, you were pure heroic, and not that you weren’t heroic before, when you helped kick demon butt and all, but that was nothing to what you did with a sword. I didn’t even know you could use one!”

“Right now, for instance,” I said, nibbling on his ear lobe. “What do you feel?”

He was silent for a moment, his hands tightening on my hips. “Aroused. Powerful. Dominant but protective. Do that last thing again.”

I nipped the underside of his chin. He growled again.

“That just makes me…it’s difficult to put into words. It’s like what I felt before I was changed, only magnified by a power of ten.” He closed his eyes for a moment, his chest moving against my fingers as he drew in deep breaths. “I can smell the scent of you, wildflowers in a sunny meadow teasing me and raising my temperature. There’s a fire deep inside me and when you are near, when you touch me, it courses through my blood, setting me alight with the need to claim you.”

“Wow,” I said, marveling at all of that. When he opened his eyes, the gold flecks were glittering brightly.  “That’s really amazing. I had no idea about any of that. It explains a lot about your behavior with the other dragons, too.”

He made a face. “I have a feeling I should apologize for my bad manners, but every time I think about them, I feel exactly the same sense of antagonism.”

For as long as she can remember Katie MacAlister has loved reading, and grew up with her nose buried in a book. It wasn’t until many years later that she thought about writing her own books, but once she had a taste of the fun to be had building worlds, tormenting characters, and falling madly in love with all her heroes, she was hooked.

With more than fifty books under her belt, Katie‘s novels have been translated into numerous languages, been recorded as audiobooks, received several awards, and are regulars on the New York Times, USA Today, and Publishers Weekly bestseller lists. A self-proclaimed gamer girl, she lives in the Pacific Northwest with her dogs, and frequently can be found hanging around online. 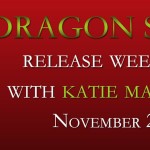