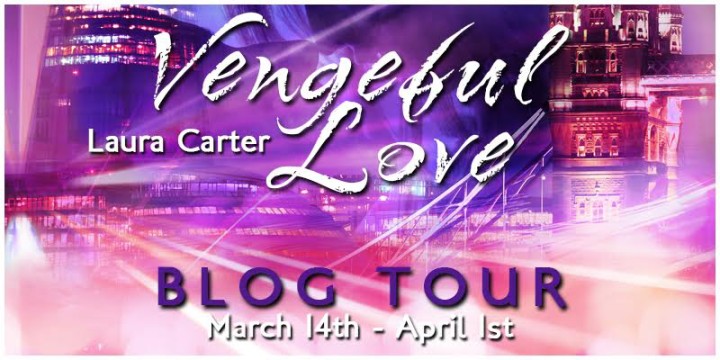 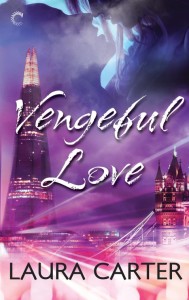 He’s a devastatingly handsome, filthy-rich CEO. She’s a high-flying London lawyer. All it takes is one boardroom pitch. One hostile takeover.

I’ve always walked the straight and narrow—following the rules, never straying from my chosen path.

Until Mr. Sexy Bazillionaire CEO Gregory Ryans walked into my life. It was only supposed to be business, but one brush of his wicked lips against my skin changed everything.

I can’t deny what this man inspires in me. I’ll do anything he asks…even help destroy the enemies from his past.

But he’s hiding more than he’s telling me.

When our love leads to tragedy, there’s no going back. Gregory’s past is trying to kill our future.

They say love can bring a person to their knees.

I’ve just proven that vengeful love is the strongest force of all.

Book One of the Vengeful Love Series 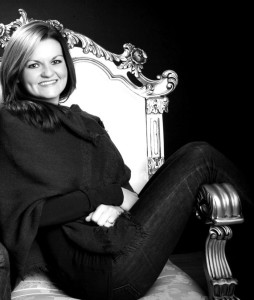 Laura is a lawyer by day, working for a global business law firm. By night, she puts pen to paper, writing about wealthy billionaires and sassy alpha females.

Laura grew up in England, UK and has spent a lot of time travelling the world. It was whilst she was living in Australia in 2009 that she began drafting her first novel (now safely in a drawer for a later date!).

In 2012, working as a lawyer in London, inspired by the blinding lights and corporate world, the writing bug bit Laura again. From a small bedroom in the city, Gregory Ryans and Scarlett Heath were born in the first book of the Vengeful Love trilogy.

I met Gregory Ryans when I pitched to be the lawyer advising on his company’s latest acquisition. I won the work. I fell in love with my client. I went against everything I believe in when the takeover turned out to be hostile and I decided to help him anyway.

He’s sitting on the sofa in his home office at the Shard, watching me as I write this post at his desk. That’s the first thing you need to know about Gregory, he’s sitting here because he wants to protect me. He wants to protect me no matter how great or insignificant the threat, no matter the cost. And we breed enemies, the pair of us, so he’s not being irrational. We generally are under attack.

He catches me looking across at him and a mesmerising half-smile draws on his lips, pulling his skin taut across his chiseled jaw. His brown eyes shine. Tonight, he’s relaxed. But I’m not fooled. I know the darkness that lies beneath his walls.

Gregory wasn’t born into a happy family, he was born to an abusive drunk. Now, he wants revenge and I’m going to help him take it. Gregory is dangerous. Together, we’re a force to be reckoned with.

But I can only help him to the extent he lets me in and that’s something he finds hard to do. His secrets, his white lies, they feel like deception, even when he tells me that everything he does is for me. He’s smart, business smart and emotionally intelligent. But so am I. He’s met his match.

His arrogance doesn’t intimidate me. Nor do his passion and his desire to keep me close. None of it scares me. In fact, it makes me want him. His whole package, the good and the ugly, it’s the reason I fall just a little bit deeper whenever I’m around him.

I bite my lip as my thoughts start to run away with me. He knows how my mind works, it’s like he’s hardwired into me. He stands, striking the pose I love. Strong, tall, broad. His back straight, his hips flexed slightly forward pulling the material of his suit trousers tight across his more than adequate package.

He stalks towards me and wraps his arms over my shoulders, pressing his soft lips to my neck. Tender, the way no one else knows he can be. I breathe him in. Rich. Fresh.

“Are you almost done, baby?” he asks, his South African twang subtly present, despite him living in England since he was ten years old.

When I nod, he turns me in the chair and in one swift move my legs are wrapped around his hips.

I’ll go willingly because this is the kind of man Gregory is. A man not to be refused. A man no woman would ever want to refuse.