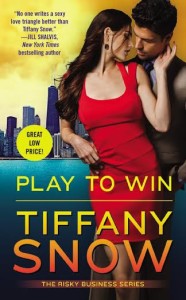 About PLAY TO WIN (book 3 in The Risky Business Series)

Falling in love with polar-opposite men was an intoxicating ride that nearly ended Sage Reese’s life. Now it’s time for Sage to decide: Parker, the clean-cut, filthy-rich business magnate . . . or Ryker, the tough-as-nails undercover detective. Her choice? Neither. Because she can’t stand the thought of coming between two brothers-in-arms finally trying to repair their friendship.

Yet not everyone feels the same way, including a mysterious woman who’s come to Ryker and Parker for help. Sage knows firsthand how hard it is for the two former Marines to resist a damsel in distress. But something just doesn’t feel right.

Now there’s a danger closing in that only Sage can see, and she intends to do everything she can to protect Parker and Ryker-even at the risk of losing them both. 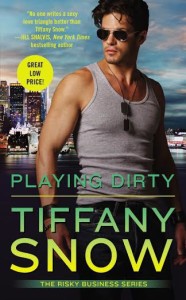 About PLAYING DIRTY (book 2 in The Risky Business Series)

Both Ryker and Parker are determined to protect Sage from a brutal enemy who’d use her to pay for their mistakes. Yet when the usually on-point Ryker is distracted by ghosts from his past, Parker seizes his opportunity to get Sage’s attention–and keep it in ways beyond her wildest dreams.

Now, caught between a mobster out for revenge and two men who were once best friends, Sage 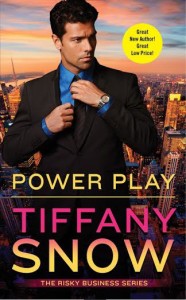 About Power Play (book 1 in The Risky Business Series)
Sage Reese lives for her job. More precisely, she lives for her debonair boss, Parker Andersen. Sage handles everything for Parker, even as she fantasizes about the one thing that isn’t in her job description: him. But when a high-stakes account crosses the line from shady to deadly, a tough cop starts giving Sage the attention she wishes Parker would . . .

Detective Dean Ryker couldn’t be more different from Parker. While Parker wears expensive suits like a second skin and drives a BMW, Ryker’s uniform is leather jackets and jeans . . . and his ride of choice is a Harley. While Parker’s sexiness is a reserved, slow burn, Ryker is completely upfront about what-and who-he’s after. And Sage tops his list.Now, as Ryker digs deeper into the dark side of Parker’s business, Sage finds herself caught between two men: the one she’s always wanted-and the one who makes her feel wanted like never before . . .
Amazon: http://amzn.to/1GuVfn4
B&N: http://bit.ly/1BmaVKs
iTunes: http://apple.co/1GxkgRy
Kobo: http://bit.ly/1QFtFLD 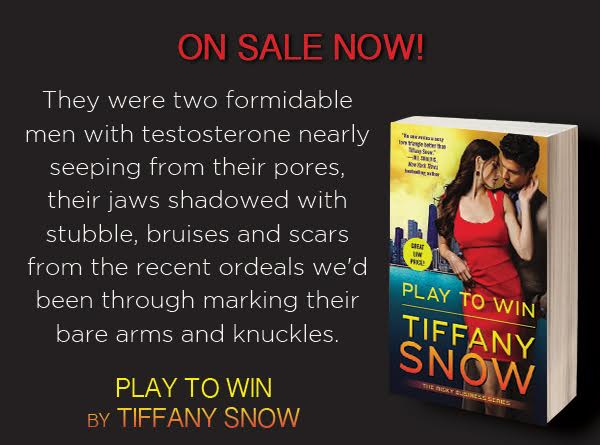 About Tiffany Snow
A native of St. Louis, Missouri, Tiffany Snow earned degrees in Education and History from the University of Missouri-Columbia, before launching a career in Information Technology. After over a decade in IT, she switched careers to what she always dreamed of doing – writing. Tiffany is the author of romantic suspense novels such as the Kathleen Turner Series, which includes No Turning Back, Turn to Me and Turning Point. Since she’s drawn to character-driven books herself, that’s what she loves to write, and the guy always gets his girl. She feeds her love of books with avid reading, yet she manages to spare time and considerable affection for trivia, eighties hair bands, the St. Louis Cardinals, and Elvis. She and her husband have two daughters and one dog.
http://www.tiffany–snow.com/
https://twitter.com/TiffanyASnow
https://www.facebook.com/TiffanyASnow