The publisher Publisher of the media / book has provided me with a review copy at no cost. Opinions are my own. Just Married Again by Charlotte Hughes
ISBN: 1517713994
on November 6th 2015
Genres: Contemporary, Dogs, Family & Relationships, Fiction, Humor, Love & Romance
Pages: 236
Format: eARC
Source: Publisher
Buy on Amazon
Goodreads

Hilarious Second Chance at Love... The last person Maddy Kelly expects to show up at her mountain cabin for the holidays is her soon-to-be ex-husband, who was always too busy to enjoy their hideaway. Following doctor's orders to reduce stress, Michael arrives at their remote cabin, unannounced and unexpected, in the dead of night, during a snow storm. Which is why Maddy greets him with a fire poker to the head, rendering him unconscious, and with a case of temporary amnesia. As his memory returns, Michael realizes how much he loves his wife, and is willing to do anything to get her back, even if it means pretending to still have amnesia.
Add to the mix Michael's mischievous 13-year-old nephew, who has stowed away in Michael's car, and Maddy's two dachshunds Rambo and Muffin, who take an instant disliking to Michael, and you have a laugh-out-loud recipe for a romantic romp. 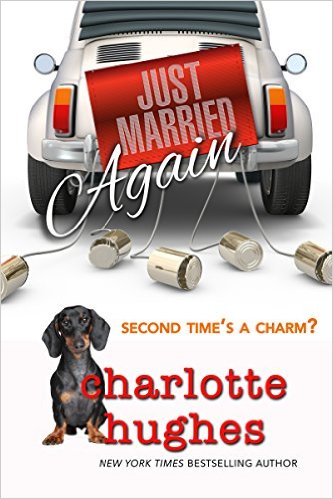 Michael has been on a fast track career as a lawyer which has left him lttle time for his wife, Maddy.  Even though Maddy grew up rich, she is down to earth and has TWO DACHSHUNDS.   Anyone who knows me realizes I can’t resist a story with dachshund involvement, so my review will contain spoilers of a doggy nature.  Maddy acquired the dogs after she left Michael and  moved from the swanky condo her parents bought them into a country cottage with room for animal to roam.   Michael didn’t make it to the  hospital as Maddy lost the baby he didn’t know about.

These two had some severe communication issues that I think occur with all busy couples.  So when their family doctor conspires to get them together for a weekend, they are forced to talk. Now they are stuck in a cabin that both thought the other would never visit again, along with Michael’s stoway nephew.  Maddy had hit Michael in the head because she thought he was breaking in and ended up with a bit of amnesia that went away but he didn’t admit that to her.

The dachshunds did provide a bit of comic relief when they realized that Maddy was upset with Michael and decided to chew up his jeans and growl at him.   This is the perfect pick me up read that will lighten your mood.  I really enjoyed it since the character and situations felt true.   It has just  the right amount of spicy and sweet. 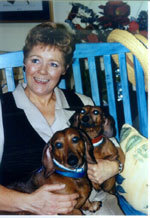 NY Times bestselling author Charlotte Hughes published her first category romance in 1987, a Bantam Books Loveswept, titled Too Many Husbands, which immediately shot to #1 on the Waldenbooks Bestseller list. She went on to write almost thirty books before the line closed in 1998. Although Charlotte is widely known for her laugh-out-loud romantic comedies, she went on to pen three Maggie-Award winning thrillers for Avon Books in the late nineties, before resuming her first love, funny stories about people falling in love. She thrilled readers with her hilarious books, A New Attitude and Hot Shot, the latter of which won the Waldenbooks Greatest Sales Growth Achievement in 2003. Her books received so many accolades that she was invited to co-author the very popular Full House series with mega-star author Janet Evanovich. With that series behind her, Charlotte began her own, starring psychologist Kate Holly; What Looks Like Crazy, Nutcase, and High Anxiety, creating a list of somewhat kooky but always loveable and funny ensemble characters.
Website  Facebook Twitter