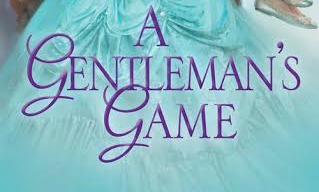 I’m so glad readers are getting their hands on A Gentleman’s Game, the first novel in my Romance of the Turf trilogy. This Regency horse-racing trilogy is my first new series since 2013, and it was a real treat to visit a different slice of history.

What do I mean by “a real treat”? Well, just this:

As a reader, what are your favorite things about beginning a new series? I’d love to know about that, or get recommendations for some of your must-read romance series. 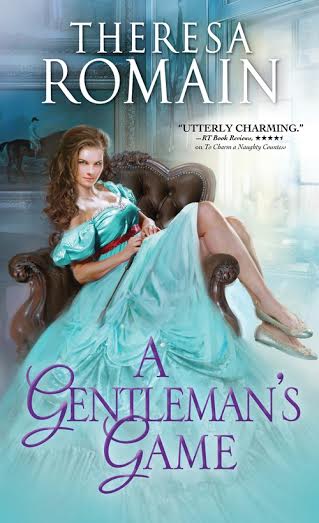 In Book One of Romance of the Turf, a refreshing new Regency series from rising star Theresa Romain, a mystery demanding to be solved brings unlikely allies together in more ways than one…

How far will a man go

Talented but troubled, the Chandler family seems cursed by bad luck—and so Nathaniel Chandler has learned to trade on his charm. He can broker a deal with anyone from a turf-mad English noble to an Irish horse breeder. But Nathaniel’s skills are tested when his stable of trained Thoroughbreds become suspiciously ill just before the Epsom Derby, and he begins to suspect his father’s new secretary is not as innocent as she seems.

To win a woman’s secretive heart?

Nathaniel would be very surprised if he knew why Rosalind Agate was really helping his family in their quest for a Derby victory. But for the sake of both their livelihoods, Rosalind and Nathaniel must set aside their suspicions. As Derby Day draws near, her wit and his charm make for a successful investigative team…and light the fires of growing desire. But Rosalind’s life is built on secrets and Nathaniel’s on charisma, and neither defense will serve them once they lose their hearts…

Historical romance author Theresa Romain pursued an impractical education that allowed her to read everything she could get her hands on. She then worked for universities and libraries, where she got to read even more. Eventually she started writing, too. She lives with her family in the Midwest.

Giveaway Ends 2..12.16 and open to all who can legally enter.
US only – must be over 18 or have your parents permission to enter.
An email will be sent and you have 48 hours to reply or a new winner will be chosen.
Winner will be announced within 48 hours at the end of the giveaway. Giveaway is organized by Bookhounds and sponsored by the publisher
It has no affiliation with Facebook, Twitter or any other entitiy.
Void where prohibited. 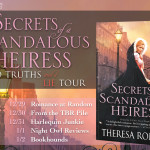 Two Truths and a Lie #ScandalousSecrets Tour #Give