In a small village in New York lives Jane Doe, a girl with no memory of who she is or where she came from. So when she is working at a diner and slowly begins to realize she can see dead people, she's more than a little taken aback. Stranger still are the people entering her life. They seem to know things about her. Things they hide with lies and half-truths. Soon, she senses something far darker. A force that wants to cause her harm, she is sure of it. Her saving grace comes in the form of a new friend she feels she can confide in and the fry cook, a devastatingly handsome man whose smile is breathtaking and touch is scalding. He stays close, and she almost feels safe with him around.
But no one can outrun their past, and the more lies that swirl around her—even from her new and trusted friends—the more disoriented she becomes, until she is confronted by a man who claims to have been sent to kill her. Sent by the darkest force in the universe. A force that absolutely will not stop until she is dead. Thankfully, she has a Rottweiler. But that doesn't help in her quest to find her identity and recover what she's lost. That will take all her courage and a touch of the power she feels flowing like electricity through her veins. She almost feels sorry for him. The devil in blue jeans. The disarming fry cook who lies with every breath he takes. She will get to the bottom of what he knows if it kills her. Or him. Either way. 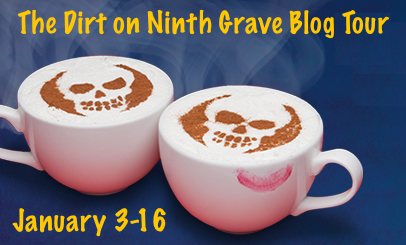 For everyone thinking that they missed the Charley boat, you get a re-do!

Charley has survived book Eight but at a cost.  She is now Jane Doerr (not quite Jane Doe) and no clue exactly who she is or what she can do.  Cookie and Bob (or Bobert) have taken her in as a waitress in their diner along with a fascinating  (old) cast of characters.  She finds herself attracted to the new fry cook who is hot to the touch, literally.  Now stuck in Sleepy Hallow, she is visited by a series of ghosts with a ghost dog guarding her as well.  She can’t remember her life with Reyes (now the hot cook) nor her purpose in life (or death). As Janey / Charley tries to figure out what happened to the guy

I can’t say much about the plot without a ton of spoilers for the previous books or the new plot line, but Charley is still Charley even if she now goes by Janey and can’t remember Reyes.  Everyone goes along with her memory loss and lets her figure out how to cope with what has happened to her recently.  I had moments where I want to scream at the cast and say JUST TELL HER WHO SHE IS FOR GOSH SAKES. For all of my frustration over that, I truly loved the direction and sneaky plot twist in this installation.  For me, this was the perfect follow up for Eighth. 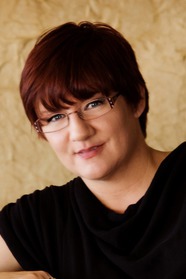 New York Times and USA Today bestselling author DARYNDA JONES won a RITA Award for best first novel for First Grave On The Right. As a born storyteller, she grew up spinning tales of dashing damsels and heroes in distress for any unfortunate soul who happened by, annoying man and beast alike. Jones lives in the Land of Enchantment, also known as Albuquerque, New Mexico, with her husband and two beautiful sons, the Mighty, Mighty Jones Boys.

In case you haven’t read any of the series, I am giving away my paperback!

Giveaway Ends 1. 16.16 and open to all who can legally enter.
US only – must be over 18 or have your parents permission to enter.
An email will be sent and you have 48 hours to reply or a new winner will be chosen.
Winner will be announced within 48 hours at the end of the giveaway. Giveaway is organized by Bookhounds and sponsored by me.
It has no affiliation with Facebook, Twitter or any other entitiy.
Void where prohibited. 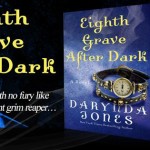 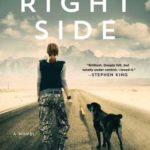