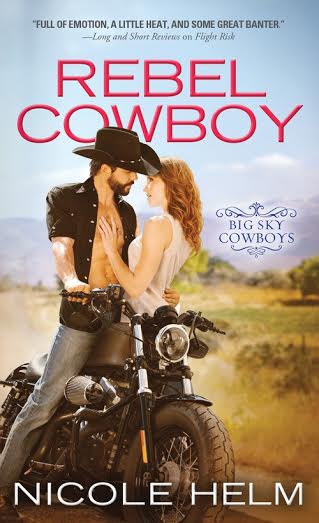 UNDER A BIG SKY

For hotshot NHL star Dan Sharpe, hockey isn’t just his job—it’s his everything. But when claims of cheating get him bounced from the ice, he finds himself feeling lost. Everyone thinks he’s crazy for taking on his grandfather’s ramshackle Montana ranch, but hey, he’s Dan Sharpe: how hard can it be?

As it turns out? Plenty hard.

Mel Shaw has been fighting tooth and nail to keep her family from falling apart. The last thing she needs is a distraction, but taking a job as some city slicker’s consultant may be her only chance to save the land she loves. But she never expected someone like Dan to come roaring into her life, and it doesn’t take long for Mel to realize this hockey-star-turned-cowboy has the power to upend her carefully ordered world—and heart—for good. 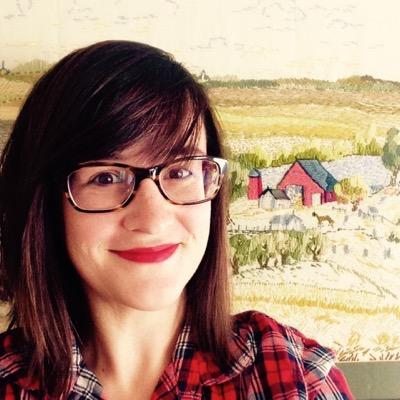 Nicole Helm writes down-to-earth contemporary romance specializing in people who don’t live close enough to neighbors for them to be a problem. When she’s not writing, she spends her time dreaming about someday owning a barn. She lives  with her husband and two young sons in O’Fallon, Missouri.

This January marks the release of Rebel Cowboy, the first in Nicole Helm’s Big Sky Cowboys series. To celebrate, Nicole is here to tell you a bit more the Big Sky Cowboy series and share one of her favorite quotes from Rebel Cowboy!

I’m so excited to introduce my upcoming cowboy series, Big Sky Cowboys, which kicks off with REBEL COWBOY this January. REBEL COWBOY is about a disgraced hockey player who decides to try and whip his grandparents’ deserted ranch into shape. When he hires a tough-as-nails local rancher to help him figure out how to do that, a local rancher who turns out to be a woman—a young, attractive woman—well, both characters get what they never expected.

I love writing about strong heroines who think they’re unbreakable and the confident, charming heroes who manage to get under all that tough exterior. Banter is one of my favorite things to write, so putting these two hard-headed people together and getting to write their arguments, their teasing, and their more vulnerable moments was so much fun.

I also love putting characters in environments where they’re way out of their element. Dan doesn’t know a thing about ranching, his entire life has been hockey. Not only did he grow up playing it, but his father was a Hall of Fame NHL star and now works in the front office of an NHL team. Living in a city and playing hockey are literally all Dan has ever known. All he knows about Montana and this ranch is that his grandfather loved it, and being isolated in Montana will keep him out of the press while his agent works to find him a new team. So, being in this completely new environment means Dan makes some pretty amusing missteps along the way.

And Mel, well, she might be a ranching expert, but a handsome man with charm to spare is something she’s never had to face before. Not only has her life been pretty isolated on her family’s Montana ranch with only her father and brother, but her one and only relationship was for convenience rather than passion. So, she doesn’t know what to do with Dan’s flirting, except fight it. Well… at first anyway. Add to that, Mel has a lot of baggage that makes it really hard for her to open up and trust.

These two certainly have their work cut out for them to make it to their happily ever after!

One of my favorite parts about writing REBEL COWBOY are the scenes with the mystery llama. Yes, a llama. I can’t even really explain how that happened. I just thought, wouldn’t it be funny if Dan had to deal with something really unexpected… like a mystery llama? (One too many viewings of Napoleon Dynamite may have had something to do with this). How Dan deals with Mystery (the llama) and how Mel deals with Dan dealing with the llama, well, it definitely gave me a few laughs while writing.

Aside from llamas and the romance between these two polar opposites, I wanted to tell a story about a broken family, who slowly learn how to heal. Mel is the first step in the Shaw family’s healing, and the remaining two books in the series—OUTLAW COWBOY (May), and TRUE-BLUE COWBOY (2017)—will continue to deliver that happy ending, not just to each sibling, but to the entire Shaw family.

I hope you’ll consider a trip to Blue Valley, Montana and enjoy some Big Sky Cowboys!

A Quote From Rebel Cowboy:

“And while we’re on the subject, you really need to get a working wardrobe.”

“Are you going to Pretty Woman rancher me?”

“Are you a hooker with a heart of gold?”

An Excerpt from Rebel Cowboy:

There was a thing. A not-small furry animal thing standing at the fence, staring at him expectantly.

He stared back at the animal, then helplessly at his phone. Hey, cell service. He googled random animal names he thought the thing could be until he found a picture that looked mostly right.

How did he have a llama on his property? How had Buck not mentioned he had a llama, period? Surely the guy had been taking care of it. Llamas didn’t take care of themselves, did they? There weren’t packs of wild llamas running about Montana.

“So, hi.” The llama didn’t respond at all. It stood there and stared at him. The thing was probably hungry. Maybe he should find it something to eat. “I don’t suppose you’d like to tell me what you’d want to eat?”

The llama stared. Didn’t move. Dan gingerly held out his hand, but when the creature nipped toward him, he pulled back. “Okay, so either you’re very unfriendly or you’re very hungry. We have a word for that in human speak—hangry.”

He needed to feed it, and he needed to stop talking to it like it was going to talk back, because he was sounding crazy even to himself.

He backed away, then jogged down to the house. Of course when he got to his kitchen, he had no cell service to look up what llamas ate. Shit. When was Mel supposed to get here?

He poked around in his fridge before pulling out a container of lunchmeat ham. Grabbed a few pieces of bread and a bottle of water and a bowl.

Worst he could do was offer random food it wouldn’t eat. Surely he couldn’t kill a llama with a sandwich.

He trudged back out to the barn where the llama still stood against the fence. Watching him. Still. Dan slowed his pace. That thing was motherfucking creepy.

It moved around, and he figured that was sign enough. He peeled back a few pieces of the lunch meat and tossed them in the llama’s direction.

“What the hell is that?”

Dan glanced to where Mel was hiking up the hill. Thank Christ she was here. “According to my research, it’s a llama.”

“Why do you have a llama?” She approached, hands on her hips, wrinkling her nose at the creature before them.

“What are you feeding it?”

“Hell if I know, but not ham!” She made her way to the fence, then gingerly pulled the pieces of ham out of the grass at the llama’s feet. “Grain. Straw. Bread. Something remotely sensible.”

“I maybe panicked a little bit.”

“I know you’re a genius cowgirl and all, but tell me you wouldn’t panic if you got the crap scared out of you by a llama.”

She stared at the creature, and Dan couldn’t help noticing she looked a little more haggard than she had yesterday. Her hat was pulled down low, but he could see circles under her eyes, and she looked pale. Even the way she stood was different. Slumpy instead of that ramrod straight “I’ve got this shit covered” posture she’d walked around with all day yesterday.

She gave him an are-you-crazy look, all scrunched- up nose and drawn-together eyebrows. She seemed to give him that look a lot for only knowing each other about twenty-four hours.

“You look…” He tried to think of a diplomatic way of telling her she looked like death warmed over. But he didn’t have much practice being diplomatic, so he came up empty.

“I don’t know. Like you had a crappy night of sleep.”

“Perceptive for a man with his head so far up his ass he feeds a llama processed meat.”

“It wasn’t because of me, was it?” He didn’t like the sudden guilty weight in his gut. Sure, he was paying her a shitload of money to be here, but he didn’t want to be making her life miserable in the process.

“I meant because you hate me, not because you were up all night fantasizing about me—but if we want to pretend it was the latter, I’m all for it.”

She let out a gusty sigh. “Believe it or not, I have bigger problems in my life than you.”

He shrugged. “I don’t know. We’re going to be spending a lot of time together. Maybe we should be friends.”

“Buck didn’t tell you about this?”

Dan shook his head. “Didn’t mention it to you either?”

“No chance it’s a wild llama?”

“Yes, Sharpe. It’s a wild llama that hopped a fence, went into a stall, and is desperate to eat your ham.”

“You are giving me a headache.” She pinched the bridge of her nose. Her plaid shirt was green and blue today, and while the serviceable work shirts she wore didn’t do much to show off her figure, the jeans did admirable things for her—

“Stop staring at my ass, Sharpe.”

“Let’s figure out how to take care of this llama, huh?”

“You can’t tell me taking care of llama problems together isn’t friendship.” 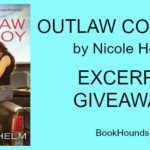