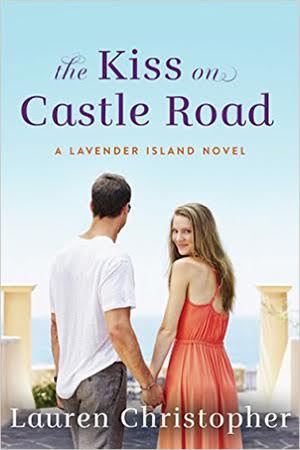 The Kiss on Castle Road by Lauren Christopher

Natalie has always been the fun Grant sister: the one with the constantly packed suitcase and the zest for life. But this carefree existence is wearing on her. When her oldest sister, Olivia, invites her to Lavender Island for three months, Natalie jumps at the chance to look after her niece, prove she’s notirresponsible, and take a much-needed vacation from men.

Her “mancation” takes an unexpected turn when she spots a group of sick sea lions and calls on microbiologist Elliott Sherman for help. Elliott is everything Natalie is not—quiet, studious, and geeky. Yet there’s a simmering sexiness under those glasses that she’s quick to notice. And Elliott finds himself taken with her gorgeous free spirit. Despite their chemistry, outside forces threaten to keep them apart—including a secret Natalie has never shared. Can the allure of Lavender Island and its quirky residents open her heart and lead her to lasting love? 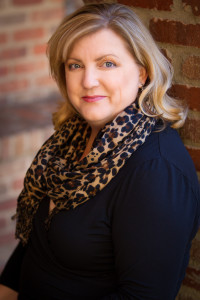 Lauren Christopher is the author of the Sandy Cove series, which includes The Red Bikini and Ten Good Reasons. She has been a 2015 Holt Medallion finalist and a 2012 Golden Heart finalist. A professional writer for more than two decades, she has worked on projects ranging from NASA video scripts to restaurant reviews to feature stories on the origins of Santa Claus. A graduate of UCLA with a degree in English, she resides in Southern California with her husband and three children.

Giveaway Ends 1. 9.16 and open to all who can legally enter.
US only – must be over 18 or have your parents permission to enter.
An email will be sent and you have 48 hours to reply or a new winner will be chosen.
Winner will be announced within 48 hours at the end of the giveaway. Giveaway is organized by Bookhounds and sponsored by the publisher
It has no affiliation with Facebook, Twitter or any other entitiy.
Void where prohibited.