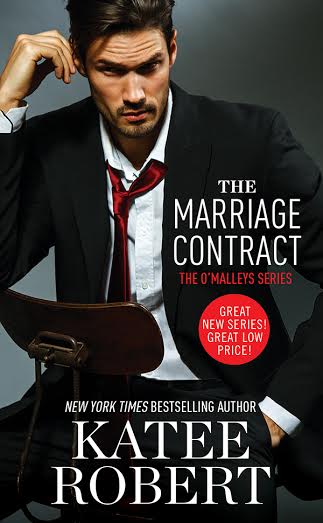 New York Times and USA Today bestselling author Katee Robert begins a smoking hot new series about the O’Malley family-wealthy, powerful, dangerous and seething with scandal.
Teague O’Malley hates pretty much everything associated with his family’s name. And when his father orders him to marry Callista Sheridan to create a “business” alliance, Teague’s ready to tell his dad exactly where he can stuff his millions. But then Teague actually meets his new fiancée, sees the bruises on her neck and the fight still left in her big blue eyes, and vows he will do everything in his power to protect her.

Everyone knows the O’Malleys have a dangerous reputation. But Callie wasn’t aware just what that meant until she saw Teague, the embodiment of lethal grace and coiled power. His slightest touch sizzles through her. But the closer they get, the more trouble they’re in. Because Callie’s keeping a dark secret-and what Teague doesn’t know could get him killed.

Teague paced from one end of his apartment to the other, checking the clock for the sixth time in as many minutes. She should be here by now. Things were so incredibly unstable in Boston at the moment, and Callie would be the feather in the cap of any one of the many enemies that had turned their sights on both the Sheridans and the O’Malleys. He knew she had a protection detail that was more than capable of keeping her from harm, but in the time he’d known her, she’d more than proven her ability to get into trouble. We both have.

She’s a grown woman and more than capable of taking care of herself. She’s practically running the Sheridan empire. She’s fine.

But what if she wasn’t?

If something had happened to her… He grabbed his phone, determined to make sure she was truly okay.

The door to his apartment opened, and Callie rushed through. “I’m so sorry I’m late.”

Teague crossed to stand in front of her. Her cheeks were flushed and her eyes were bright, but she seemed fine. That didn’t stop him from pulling her into his arms and making sure. Maybe there would come a day when he wouldn’t worry about her, but that day wasn’t today. He rested his chin on the top of her head and just held her for a moment.

Callie put her arms around him. “I should have called.”

“No, it’s fine. You don’t have to report your every move to me.” He was being paranoid, and he knew it. But after everything that had happened, he was all too aware of how tenuous their grasp on life really was. The temptation to hold everyone he cared about closer was almost overwhelming, as if he could keep them safe through sheer force of will. He exhaled. “I’m sorry.”

“Don’t be.” She drew back enough to look up at him. “I do have a very good reason for my tardiness.” She moved back and unwrapped the tie around her jacket, opening it so he could see that she wore…

She looked down as if seeing it for the first time. “Am I?”

“We’ve gone over this.” He took another step. “I told you what would happen the next time you teased me this way.”

“Ah, but last time was my missing my panties.” She gave him a slow, sexy smile. “Though if you insist, I suppose I could take it off.”

He grabbed her hips and closed the remaining distance between them. She was soft and warm and smelled of roses. And she’s mine. He laced his fingers through her hair and tipped her head back. “Angel, I’m going to have to insist you remove it—immediately.” 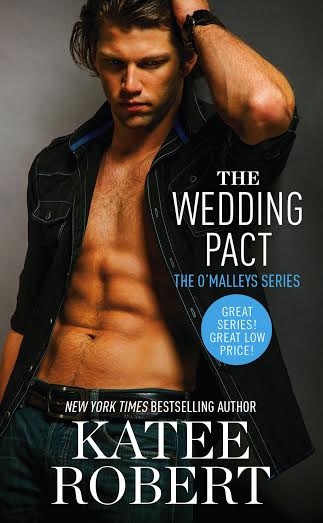 Carrigan O’Malley has always known her arranged marriage would be more about power and prestige than passion. But after one taste of the hard-bodied, whiskey-voiced James Halloran, she’s ruined for anyone else. Too bad James and his family are enemy number 1.
Hallorans vs. O’Malleys-that’s how it’s always been. James should be thinking more about how to expand his family’s empire instead of how silky Carrigan’s skin is against his and how he can next get her into his bed. Those are dangerous thoughts. But not nearly as dangerous as he’ll be if he can’t get what he wants: Carrigan by his side for the rest of their lives. 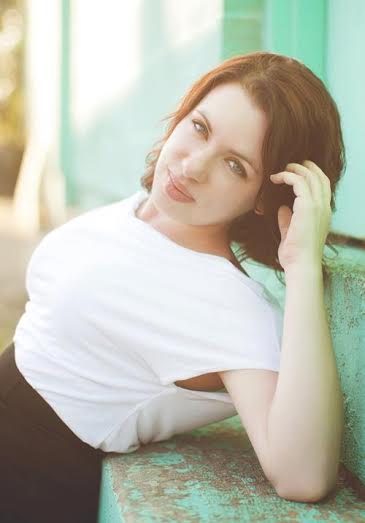 Katee Robert learned to tell stories at her grandpa’s knee. Her favorites then were the rather epic adventures of The Three Bears, but at age twelve she discovered romance novels and never looked back. Though she dabbled in writing, life got in the way-as it often does-and she spent a few years traveling, living in both Philadelphia and Germany. In between traveling and raising her two wee ones, she had the crazy idea that she’d like to write a book and try to get published. Her first novel was an epic fantasy that, God willing, will never see the light of day. From there, she dabbled in YA and horror, before finally finding romance. Because, really, who wouldn’t want to write entire books about the smoking-hot relationships between two people? She now spends her time-when not lost in Far Reach worlds-playing imaginary games with her wee ones, writing, ogling men, and planning for the inevitable zombie apocalypse.