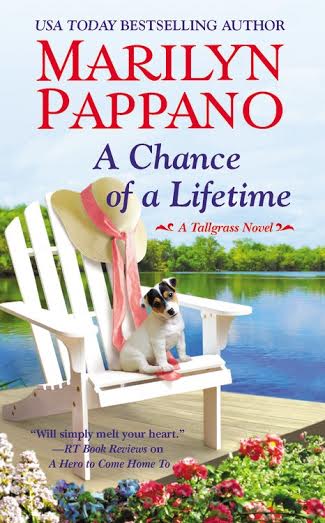 A CHANCE OF A LIFETIME by Marilyn Pappano (December 22, 2015; Forever Mass Market; Tallgrass #5)

Sometimes love finds you when you least expect it . . .

To Benita Ford, Tallgrass, Oklahoma, will always be home. It’s where her beloved grandmother raised her and where she rode bikes with her two best friends-the man who became her husband and Calvin. And Tallgrass is where she stayed, even after her husband died while serving his country. Now Calvin is home from that same war, and the sensitive, mischievous boy she once knew is today a man scarred by wounds no one else can see. Falling in love with him is something Bennie never imagined.

Tallgrass still haunts Captain Calvin Sweet. Yet it’s where he must go to see Bennie-the one woman he always loved but could never have. Calvin regrets so much about what happened years ago. Still he can’t deny being with Bennie makes his future feel bright, like anything is possible. But the demons of his past won’t be quieted that easily. As old hurts linger, threatening to pull them apart, Calvin and Bennie must take the ultimate risk for the love of a lifetime . . .

The tires crunched a few acorns that had fallen onto the pavement, then Calvin was turning into her driveway. Mama had left two porch lights on, plus the lamp beside her recliner in the living room and probably the light over the kitchen sink. She wasn’t scared of the dark, but she sure didn’t want her granddaughter walking into an unwelcoming house.

“Want to come in? Mama has an amazing collection of gourmet coffees from around the world.”

Calvin shifted into park, the dash lights casting shadows across his face.

“Mama, who couldn’t start her day without two cups of Maxwell House coffee?”

“What can I say? The Internet has expanded her horizons.” Bennie waited, her breath caught just a little in her chest. She wasn’t quite ready to say goodnight to him. She didn’t even know why. He wasn’t home on leave. This wasn’t a quick visit on his way to someplace else. The Army had assigned him here, and he would be here tomorrow and next week and next year. She could thank him for dinner tonight and spend more time with him tomorrow.

Or lure him inside tonight. Or both.

“It’s like all switches are off. She doesn’t hear anything, see anything, feel anything.”

Whew. Relief. Bennie climbed out and closed the door as carefully as she had at the restaurant. She half expected parts to fall of it the moment she exerted any real force on it, and Calvin would never let her forget that she’d damaged his ride.

Just like she would never let him forget that it was a public health nuisance and should be put out of its misery immediately.

They went inside quietly. She kicked off her shoes and went barefooted into the kitchen, flipping on the overhead light and taking three large metal baskets from the countertop. “They’re divided by continent,” she said quietly. “Central and South America are what we typically associate with coffee, the African beans are a little more exotic, and the Asian beans are the most complex flavors.”

“I’ll try something Asian.” Calvin stepped back to glance around the room.

Bennie selected an African blend for herself, then measured water from a bottle in the fridge to pour into the machine. “Uh, yeah, one thing has. She traded her black dishwasher for a stainless one.”

His brow wrinkled. “I don’t remember her having a black dishwasher—” At the appearance of her grin, he rolled his eyes. “Yeah, that old model used to whine a lot.”

After a moment, a heavenly rich flavor began rising from the coffeemaker.

“‘The best part of waking up,'” Calvin sang off-tune.

“‘Good to the last drop,'” they said in unison before laughing, then abruptly shushing themselves.

Bennie didn’t know what prompted her. Maybe it was all the memories she and Calvin shared. Maybe it was something about the complications between them that wanted to be made simple. Maybe it was nothing more than the fact that it was Friday and she was on a date and the hunger in her belly had been satisfied and she was feeling more like her old self than she had in a very long while.

Whatever the reason, when she turned to get the sugar and found herself standing only a few tiny inches from Calvin, she just naturally closed that distance and lifted her mouth to his.

She kissed him. Oh, God, she was kissing him, and he was kissing her back. Never in her whole life had she even imagined locking lips with her best old bud. Never in her whole life could she have imagined it would feel so incredibly right. Perfect. As if nothing stood between them—no past, no disagreements, no J’Myel. As if they existed, had always existed, only for this moment. 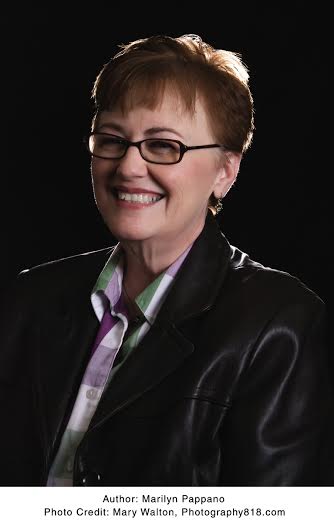 Known for her intensely emotional stories, Marilyn Pappano is the USA Today bestselling author of nearly eighty books. She has made regular appearances on bestseller lists and has received recognition for her work in the form of numerous awards. Though her husband’s Navy career took them across the United States, he and Ms. Pappano now live in Oklahoma high on a hill that overlooks her hometown. They have one son and daughter-in-law, an adorable grandson, and a pack of mischievous dogs. 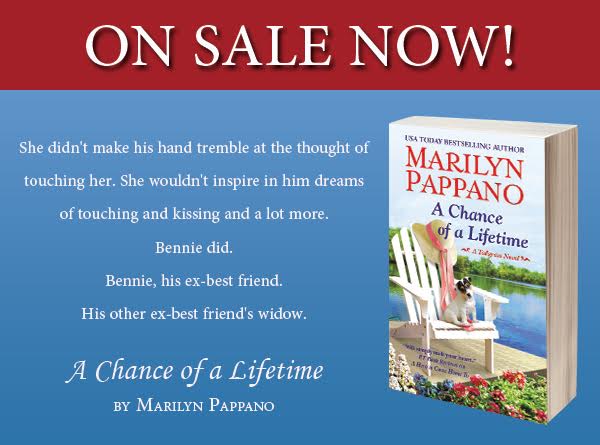 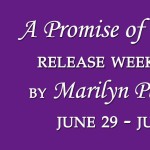 #Giveaway Interview A PROMISE of FOREVER by MARILY