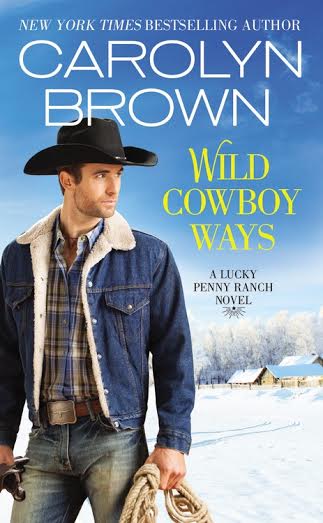 SOMETIMES ALL LOVE NEEDS IS A LITTLE LUCK

Allie Logan isn’t the type to land a hot hunk of cowboy. Truth is, she’s given up on dating since shedding her no-good ex. But the new owner of the most ramshackle ranch in Texas might just change her mind about that. He’s six-foot-plus of tall, dark, and charming-the kind of guy who could make a girl throw caution to the wind . . . or the kind of guy who could break her heart.

Blake Dawson hopes he can make Lucky Penny Ranch finally live up to its name, but the property needs a ton of work. Allie and her carpentry skills are his best shot at getting things in order. Besides the fact that her brown eyes and dangerous curves have him roped and tied. Now Blake only needs to convince her that a wild cowboy can be tamed by love-and she’s just the one to do it . . .

Irene’s face went blank as she looked around the room. “Why did you bring me over here to this place? I told you to stay away from here. It don’t bring nothing but heartache and yet here you are, flirting with this cowboy. It’s a good thing I saw you sneaking out of the house and came to get you. I’ll have to watch you closer or else you’ll ruin your life like your mama almost did.”

“You want a cup of hot chocolate or coffee?” Blake asked.

Allie shook her head. “What’s this about Mama ruining her life?”

Irene popped up out of the rocking chair and pointed her finger at Allie. “I don’t want to talk about that Alora Raine Logan. I told Katy that she’d have to get over it and she did so we’re not discussing it no more. Let’s go home and I swear to God, if I catch you over here one more time, you’re going to be in big trouble.”

“Let me help you with your coat,” Allie said.

Allie stood aside and let her grandmother get the heavy coat up on her shoulders, then watched as Irene slammed the screen door and stomped out to the van. “Thanks for calling. We thought she was asleep in her room. She crawled out a window. Guess I’ll have to put locks on them so she can’t get out.”

“She must’ve loved Walter a lot,” he said.

“I don’t even know who Walter is. He might be a boyfriend she had in the fourth grade and she’s got him mixed up with someone who lived over here at some time in her life. Who knows what triggers what these days.” Allie sighed.

Shooter whined, yipped and then opened his eyes wide. He jumped up and raced across the floor like he’d been poked with a red-hot brand. Blake barely had time to sling open the7 screen door before the yellow blur sped past him and Allie. Then, as if in slow motion Allie was tumbling forward, grasping at nothing more than air to break her fall.

“I am so sorry.” She gasped but she didn’t push away from him.

“It’s all right. I’ve got you,” he whispered. “Sorry about Shooter. I’ve never seen him act like that and I’ve had him since the day he was born.”

Her arms fell to her sides and her face turned scarlet. “I had visions of a broken arm and not being able to work.”

Blake didn’t know that women blushed in today’s world, especially those who were tough enough to put a roof on a house and run a construction business.

Without thinking of anything other than comforting her, Blake kissed her on the forehead. “So did I, and all I could think was that the roof wasn’t nearly finished.”

She stiffened and took a step back. “I should be going. Thanks for not letting me fall.”

In seconds she was outside and Blake wondered what in the hell just happened. It was a simple kiss, nothing passionate or demanding, and yet there was no denying that fear in her eyes. Was it just him or was she afraid of all men? And why? 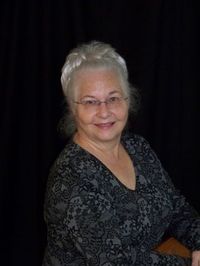 ABOUT CAROLYN BROWN
New York Times and USA Today bestselling romance author and RITA® Finalist, Carolyn Brown, has published more than sixty books.
Brown presently writes both women’s fiction and cowboy romance. She has also written historical single title, historical series, contemporary single title and contemporary series. She lives in southern Oklahoma with her husband, a former English teacher, who is not allowed to read her books until they are published. They have three children and enough grandchildren to keep them young.
WebsiteFacebook

Sign up for Carolyn Brown’s Newsletter and enter to win a pearl & diamond necklace! 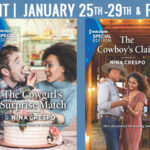 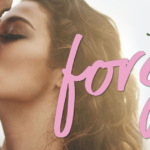 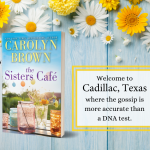 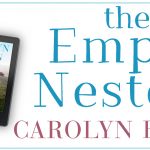 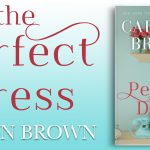 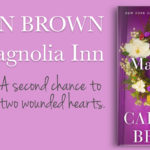 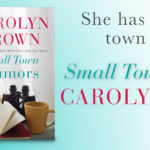