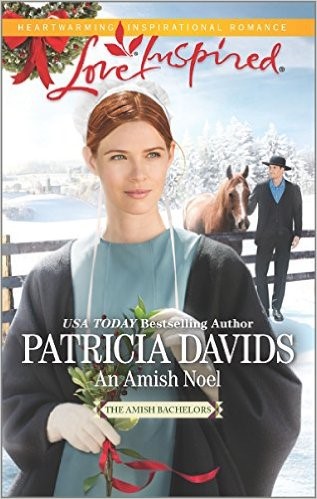 Luke Bowman’s homecoming is turning Emma Swartzentruber’s carefully ordered world upside down. Gone is her rebellious girlhood crush, and in his place is a handsome man who seems committed to serving the community. Luke’s even agreed to work for Emma’s ill father, whose last wish is to see his daughter wedded to a stable, loving man.

But Luke—a man who flirted with the outside world with disastrous consequences—is hardly marriage material for a good Amish woman. Yet this Christmas, when her family is flung into crisis, Emma finds that he may just be the one to capture her heart for good.

After her daughter left home, Pat’s love of reading evolved into a serious desire to write. In 1996, she began work on her first novel. It proved to be more difficult than she expected. In researching how to write, she discovered a local writers group and soon joined both the Wichita Area Romance Authors and the national organization, Romance Writers of America. Pat credits the help of the wonderful members of both organizations with teaching her the craft of writing and giving her insight into the publishing industry.

Still, after seven years of writing and three completed manuscripts, all she had to show for her efforts was a pile of rejection letters. Then, in the summer of 2002, Pat met Deborah Raney, a fellow Kansas author, and learned about the growing inspirational romance market. It was a lightbulb over the head moment. Pat revised her third book for yet another time and the rest is history.

“Amish Fiction has a special place in my heart and Patricia Davids is always one of the authors I look for when I want to read a book in this genre.”

“Davids writes with credibility that puts you right in Amish country.”

“With endearing characters and a well-developed story line, Davids’ has created a romance that had me laughing one moment and crying the next.” 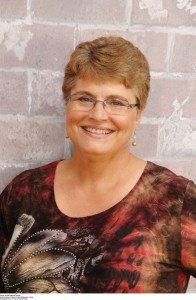 USA Today best-selling author Patricia Davids was born and raised in Kansas. After forty years as an NICU nurse, Pat switched careers to become an inspirational writer. She enjoys spending time with her daughter and grandchildren, traveling and playing with her dogs, who think fetch should be a twenty-four hour a day game. When not on the road or throwing a ball, Pat is happily dreaming up new stories.

“He’s not going to try and cross the river. No one is that stupid.” Luke Bowman drew back on the reins of the draft horses pulling the large bobsled. The massive gray Percherons stopped, but they tossed their shaggy heads, making the harness bells jingle. They were eager to finish the task and head home. Their snorts sent duel puffs of white mist into the cold November air. Luke watched in disbelief as a snowmobile with two riders continued to barrel toward the frozen river winding through the snow-covered valley below his father’s cornfield.

Noah, Luke’s youngest brother, leaned on his ax handle as he stood behind the driver’s seat. “I remember when you did it on Jim Morgan’s snowmobile. More than once. That looks like the same machine.”

It did look like the same machine, but Luke doubted it was his Englisch friend aboard. More than likely it was Jim’s younger brother Brian riding into trouble. “We never crossed this early in the year. The ice isn’t thick enough. It won’t hold them.”

Noah pulled his scarf up to cover his face. “This cold snap has been bitter even for late November. Maybe the ice is thicker than you think.”

Luke didn’t mind the cold. His stint in prison made him cherish every moment he could spend out in the open. “It would have to be this cold a lot longer to freeze running water.”

He and Noah had come out to gather a load of firewood from the stand of trees along the river. Four inches of fresh snow from the night before made easy pulling for the team. The sled was three-quarters full of logs lashed together, and the men were on their way home.

Luke watched the snowmobilers a second longer, then he turned the horses toward the river. Noah almost lost his balance on the flat sled at the unexpected move and had to grab hold of the seatback to keep from falling off. “What are you doing?”

“We’re gonna pull those fools out of the water unless they drown before we reach them.”

The red-and-white machine didn’t stop. It hit the river’s edge at a fast clip and traveled a full fifty feet out onto the ice before the front end broke through, spilling the riders. Luke shouted at the team and slapped the reins, sending the horses into a fast trot across the snow-covered field, knowing he might be too late. If the riders were dragged under the ice by the current, they would drown.

One of the snowmobile riders had been thrown clear of the open water. He lay sprawled facedown on the ice. The second rider was desperately trying to claw his way out of the river but the edge of the ice kept breaking in front of him. The snowmobile teetered precariously, half in and half out of the water as it hung by the rear tread.

“Whoa, fellas.” Luke drew the horses to a stop at the riverbank. He saw the first rider trying to stand. It was a young boy.

“Help! Somebody help us!”

Luke shouted to the boy struggling to get to the other rider. “Lie down! Spread your weight out on the ice!”

Tossing the lines to Noah, Luke jumped off the sled. From the toolbox under the seat, he grabbed his ax along with a coil of rope and started toward the river.

The boy was following Luke’s orders. He lay down and wiggled toward the rider in the water. He grasped his buddy, but Luke saw he was too small to pull the bigger boy to safety.

Luke quickly tied a loop around his waist as Noah joined him at the river’s edge. “I should go. I’m smaller.”

Luke considered it for a second then shook his head. “I’d rather drown than face Mamm and tell her I let you get killed. Take a hitch around that tree so you can pull me back if I go through. The current is strong in this curve.”

“Don’t make me tell Mamm I let you drown.”

“I’ll do my best. Hang on, boys, I’m coming!” Luke hacked a long branch from a nearby tree and stepped out on the ice. The thick layer of fresh snow made it hard to see where he was putting his feet. He used the branch to feel his way, making sure the ice was solid until he got near the two boys. At that point, he lay down and edged toward them. The cold bit through his pants and gloves as he crab-scuttled along.

“Hurry!” the little one shouted, looking over his shoulder.

Luke recognized him. “Alvin Swartzentruber, are you okay?”

“Help me, Luke.” The fourteen-year-old stayed sprawled on the ice, holding on to the other rider.

Every time Luke thought he could move faster, the ice cracked with a sickening sound beneath him. Would it hold? He couldn’t help the boys if he went through, too. Finally, he worked his way to within a few feet of them and stopped, not wanting to add his weight to their precarious spot. “I thought you had better sense than this, Alvin.”

Giveaway Ends 12. 21.15 and open to all who can legally enter.
US only – must be over 18 or have your parents permission to enter.
An email will be sent and you have 48 hours to reply or a new winner will be chosen.
Winner will be announced within 48 hours at the end of the giveaway. Giveaway is organized by Bookhounds and sponsored by the publisher
It has no affiliation with Facebook, Twitter or any other entitiy.
Void where prohibited.