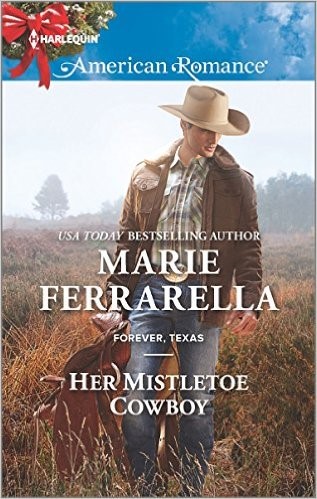 By Marie Ferrarella
Harlequin American Romance; December 1, 2015
224 pages; $5.50
ISBN: 978-0373755950
Kimberly Lee isn’t sure what she’ll find when she comes to Forever, Texas, to do a story on a groundbreaking program that could put this small town on the map. It certainly isn’t the warm, friendly community that makes the roving reporter feel instantly at home. Or the accident that lays her up at Garrett White Eagle’s ranch, where the blue-eyed rancher awakens feelings she long ago gave up.

Giving people hope again is the goal of the healing ranch Garrett started with his brother. And the lovely, hardworking writer is no exception. Doesn’t Kim realize how much good they can do—together? Her future is here with him if she’s willing to trust in a love that could fulfill the promise of forever.

“Master storyteller Ferrarella has a magical way of spinning feel-good romances that readers can lose themselves in.” –RT Book Reviews

“Marie Ferrarella leads us on a voyage of discovery that confounds the reader.” –Fresh Fiction

“Ms. Ferrarella has given me a most enjoyable story here…a delightful kind of serendipity.”

“When a book pulls me in and keeps me turning pages until the very end…and I neglect housework for it…It’s a winner that I will be sharing with friends. Marie Ferrarella does just that.”

The editor in chief of Western Times Magazine, as well as several other magazines that came under the Union-Post Publishing masthead, was known for his calm, almost monotone demeanor. He had a voice to match. It never rose above a certain level, no matter what was being said or how upset the person on the receiving end might be.

As was the case with Kim, who had asked to see the editor in chief in order to score an assignment for one of the magazines he oversaw. At the time she definitely hadn’t set her sights on an article for Western Times Magazine, in her opinion the least sophisticated of the magazines in the array.

She’d grown more and more stunned as Stan described the article he wanted and the place that he was sending her to.

“Same thing,” Kim complained. Grasping the armrests, she moved to the edge of the chair she’d taken in his glassenclosed office. “Look, I know I’m just a lowly freelance writer—”

“Yes, you are,” Stan agreed all too readily, indicating that she had made her point for him.

Refusing to be deterred, Kim forged on. “But you’ve got to have some other story than this you want me to write.”

She stopped just short of pleading, aware that Stan had no use for that sort of tactic. She’d been writing for Stan for a little over a year now, coming in twice a month to see what sort of articles were up for grabs. Each magazine had its own small in-house stable of writers. The slack was taken up by freelance writers who were eager, like her, to prove their worth while earning extra pocket money. Most stitched together a living—if that was their goal rather than just some additional income—by making the rounds to various publishers, as well as haunting blogoriented websites.

She sighed. “I don’t have a couple of weeks. My rent check is due now—not to mention that in a couple of weeks, it’ll be Christmas and last year, there was nothing to be had,” she reminded him.

There was just a hint of concern on the crusty, bald man’s face as he asked, “Can’t hit up Mom and Dad for the money?”

Kim knew he was aware of her backstory. At least, as much as she’d told to him. Whether or not he remembered it, given how many writers he dealt with, was another matter.

Giving him the benefit of the doubt, she pretended he remembered. “And have them look at me with pity in their eyes?” She shook her head emphatically. “I’d rather die first.”

Stan inclined his head, conceding the point. “Fair enough. How about those two successful sisters of yours? Didn’t you tell me they were surgeons or something like that? They must have money they can lend their little sister.”

Monica and Maureen would have more than readily given her the money she needed, but they were like her parents, convinced that she should have done something better with her life and if nothing else, should now be running, not walking, to the nearest university to enroll and get herself on track for a real career, not one that was grounded in make-believe.

That was how her whole family viewed her career path—chasing after make-believe.

More than anything, ever since she could remember, she had dreamed of being a writer, an important writer who would someday write that one book people would always remember. Not for a week, or a month, but one that would live on through the decades, a book that would make a real difference to people. 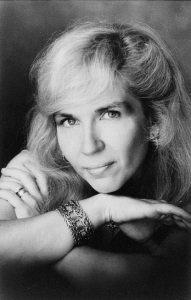 MARIE FERRARELLA’s first romance was bought by Second Chance at Love in 1981. She has also been published by Silhouette, Harlequin, Zebra, Harper, Bantam and Berkeley. She has received several RITA nominations from the Romance Writers of America Association over the years with one win for Father Goose in the traditional romance category. She has also been nominated several times in various categories by Romantic Times Magazine.

Giveaway Ends 12. 21.15 and open to all who can legally enter.
US only – must be over 18 or have your parents permission to enter.
An email will be sent and you have 48 hours to reply or a new winner will be chosen.
Winner will be announced within 48 hours at the end of the giveaway. Giveaway is organized by Bookhounds and sponsored by me
It has no affiliation with Facebook, Twitter or any other entitiy.
Void where prohibited.