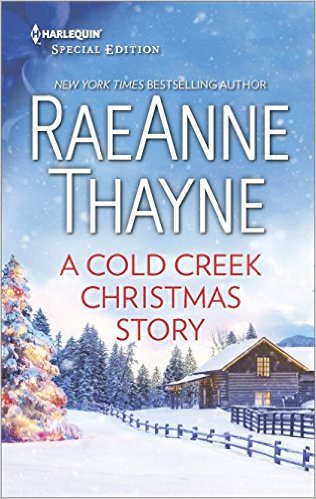 Sparkle In The Snow Leads To So Much More

Celeste Nichols has always preferred to keep to herself in her hometown of Pine Gulch, Idaho…until she becomes an instant celebrity! When one of her children’s stories becomes a major success, she’s suddenly the talk of the town. Celeste should be gloriously happy…but something, someone, special is still missing from her life. Could the return of her childhood crush be the answer?

Flynn Delaney has moved back home for his daughter’s sake. Yet all the millionaire’s resources can’t help the little girl heal from the tragic loss of her mother. Shy librarian Celeste and her stories do hold some indefinable magic, though. Flynn came home looking for support—can he find that, and true love, in the one who got away?

If she didn’t have thirty children showing up in the next half hour, Celeste Nichols would have been tempted to climb into her little SUV, pull out of the Pine Gulch library parking lot and just keep on driving.

She shifted the blasted endlessly ringing cell phone to the crook of her shoulder while she sorted through the books scattered across her cubicle in the offices of the library to find what she would be reading for story hour.

“I told you earlier in the week, I’m not ready to make a decision about this yet.”

Joan Manning, her and Hope’s long-suffering literary agent, gave a low, frustrated sound of disapproval. “We can’t hold them off much longer. We’ve already stalled for two weeks. They want to start production right after the holidays, and they can’t do that without signatures from you and Hope.”

Celeste gazed down at a copy of Dr. Seuss’s perennial holiday favorite, How the Grinch Stole Christmas. She had a feeling she was the one being the Grinch here. Hope was completely on board with the extraordinary offer one of the leading animation companies had made for movie rights to their book, Sparkle and the Magic Snowball.

Celeste was the one who couldn’t quite be comfortable with the idea of someone else taking control of her words, her creation, and turning Sparkle into an animated movie, complete with the attendant merchandising and sublicensing. A fast-food chain was already talking about making a toy for its kids’ meals, for crying out loud.

The whole journey of the past twelve months seemed like a bizarre, surreal, completely unbelievable dream.

A year ago she had known exactly who she was—an unassuming children’s librarian in the small town of Pine Gulch, Idaho, in the western shadow of the Teton Mountain Range.

Now, to her immense shock, she was a celebrated author about to see the release of her second children’s book with several more scheduled in the next few years. Along with that had come things she had never imagined when she’d been writing little stories for her niece and nephew—she had a website, a publicist, a literary agent.

Her quiet, safe world seemed to be spinning out of her control, and this movie deal was the prime example.

“A few more days, Celeste,” Joan pushed. “You can’t keep stalling. You have to make a decision. Hollywood has a short attention span and an even shorter supply of patience. Do you want your story made into a movie or not?”

She liked Joan very much, as brash and abrupt as the woman could be, but everything with her was an emergency and had to be decided right now. Pressure pains stabbed with little forks behind her eyes and her shoulders felt as if someone had jammed them in a vice and was cranking down hard.

“I know. I just need to be sure this is the right choice for Sparkle.”

“Sparkle is a fictional character. You need to be sure it’s the right choice for you and for your sister. We’ve been going over this for weeks. I don’t know what else I can say to convince you this is the best deal you’re going to get.”

“I know that. You’ve done a great job with the negotiations. I just need…a little more time.”

“A few days,” Joan said, her voice clipped with frustration. “That’s all, then I have to give them some kind of an answer.”

“I know. Thank you. I’ll get back with you tomorrow or the day after.”

“Just remember, most people would see this as a dream come true.”

Apparently, she wasn’t most people. After they said their goodbyes, Celeste set her cell phone back on the desk, again fighting the urge to climb into her SUV and keep on driving.

That was her sister Hope’s way, to wander from place to place as they had done in their itinerant childhood. Celeste was different. She liked security, consistency.

New York Times and USA Today bestselling author RaeAnne Thayne finds inspiration in the beautiful northern Utah mountains where she lives with her family. Her books have won numerous honors, including four RITA Award nominations from Romance Writers of America and a Career Achievement Award from RT Book Reviews magazine. RaeAnne loves to hear from readers and can be reached through her website at www.raeannethayne.com.

Giveaway Ends 12. 21.15 and open to all who can legally enter.
US only – must be over 18 or have your parents permission to enter.
An email will be sent and you have 48 hours to reply or a new winner will be chosen.
Winner will be announced within 48 hours at the end of the giveaway. Giveaway is organized by Bookhounds and sponsored by me
It has no affiliation with Facebook, Twitter or any other entitiy.
Void where prohibited.