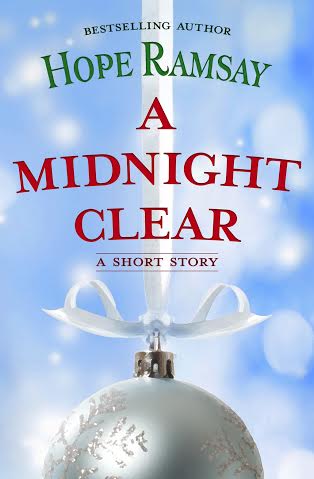 About A Midnight Clear
Dr. Tom Crawford isn’t feeling the spirit of the season when he arrives in Last Chance. Far from friends and family, he’s the odd man out in this town of gossiping, tight-knit Southerners-until he meets a sweetly sexy single mom who makes him feel welcome. Suddenly the handsome doctor is thinking he’s finally found a place to call home.

Local florist Teri Summers has her hands full of mistletoe in preparation for the holiday, yet finding someone to kiss is her last priority. But when the gorgeous new doctor makes a connection with her special needs son, Aiden, Teri finds herself wondering if she’s finally found happiness in this season of joy. For Teri and Tom, Last Chance may be their best chance at love.
Amazon: http://amzn.to/1Sky4k2
B&N: http://bit.ly/1jjPAsl
iTunes: http://apple.co/1LzUA2O
Kobo: http://bit.ly/1MCYcoG

“She turned to look over her shoulder. “Doctor Crawford, are you asking me out on a date?”

He couldn’t tell if she was shocked or surprised, so he gave her a nonchalant shrug. Maybe he could fool her into thinking he wouldn’t be disappointed if she declined. “I am. I was wondering if you would introduce me to the barbecue in this town. I’ve heard it’s excellent.”

“It is excellent. Much better than anything you’ve got in Boston.” She turned all the way around to face him. “But I’m afraid I’m busy tonight.”

“Oh, all right. Some other time then.” He backpedaled, and his prosthesis almost tripped him up. He stifled the urge to massage his knee. He was just proud enough not to want Teri to know about his missing leg.

He’d lost it as a result of bone cancer at the age of seven. His “peg leg” as Jimmy liked to call it, had been with him for a long, long time, and he was mostly steady on his feet. In truth, his scars from that time were far less visible.

He took another step back, steadier on his one foot. Luckily, Teri hadn’t noticed his awkwardness. Good.

“I’m putting up my own Christmas tree tonight,” Teri said in a rush, as if she was trying to explain her rejection. “Well, anyway, I’m going to try. But you know Aiden might not like it, so I was just going to, you know, put up something small and maybe put some angels on it or something. So I . . .” Her voice trailed off. Her face got redder.

“Uh, well, Aiden and I are going to be on our own this Christmas, you know. And I need to put up a tree. I haven’t done that in a long, long time. I’m not sure how Aiden will react.”

She stood silent for the longest moment, either trying to compose herself or weighing the pros and cons. “You’d do that?” she finally asked.

He opted to play this scene straight. No need to give her a speech about his past. The less said about that the better. “I’m pretty good at putting up Christmas trees. Although”—he looked around at the mess—“I might not be up to your professional standards.”

Her mouth quirked as if she were trying to keep it from trembling. “My professional standards mean ”

Her mouth quirked as if she were trying to keep it from trembling
“My professional standards mean nothing. Aiden has definite likes and dislikes, and this year I thought I’d try to tailor Christmas to his standards, instead of forcing him to celebrate the holiday by everyone else’s.” She bit her lower lip.

“Sounds like a good plan to me.” Man, she had one kissable mouth. Too bad he hadn’t caught her under the mistletoe that she was clearly planning to hang before the day was out.

“Yeah,” she said with a little nod, “it does sound like a good plan, doesn’t it? I have no idea where this is going to lead though.”

Neither do I. “I’m adventurous.”

“I think that’s true. You came all the way from Boston to the middle of nowhere to do battle with Lillian Bray and the rest of the busybodies in this town. That takes courage.”

He was surprised. Ma had told him that joining the NHSC had been an act of supreme stupidity. “So, what time?” he asked.

“Six it is, then.” He turned and made the quickest of getaways before she realized that he’d just sort of invited himself over.”

About Hope Ramsay
Hope Ramsay grew up on the North Shore of Long Island, but every summer Momma would pack her off under the care of Aunt Annie to go visiting with relatives in the midlands of South Carolina. Her extended family includes its share of colorful aunts and uncles, as well as cousins by the dozens, who provide the fodder for the characters you’ll find in Last Chance, South Carolina. She’s a two-time finalist in the Golden Heart and is married to a good ol’ Georgia boy who resembles every single one of her heroes. She lives in Fairfax, Virginia, where you can often find her on the back deck, picking on her thirty-five-year-old Martin guitar.
http://www.hoperamsay.com/
https://twitter.com/HopeRamsay
https://www.facebook.com/hope.ramsay 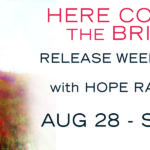