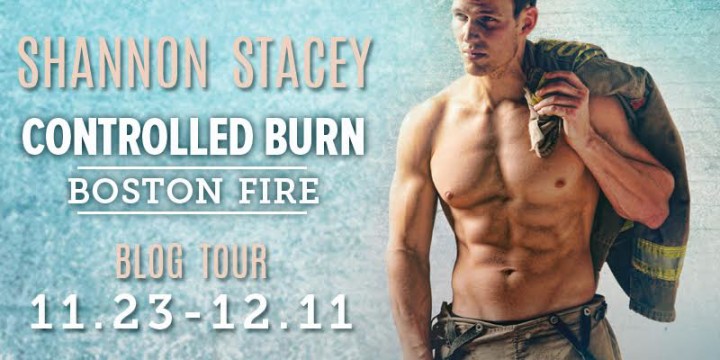 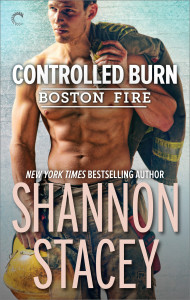 He fights fires, dates beautiful women—though none long enough so they cast wistful glances at jewelry stores—and has great friends. And thanks to helping out the elderly couple who own his building, his rent is low. But when concerns about their health lead him to contact their only son, his life starts getting away from him.

Jessica Broussard has no interest in leaving sunny San Diego or her cushy corner office for Boston, but her father—who happens to be her boss—dispatches her to deal with the grandparents she’s never met. She’s unprepared for the frigid winter, loving relatives who aren’t the monsters she’s been led to believe, and the hot, scruffy firefighter who lives upstairs.

At first, Jessica is determined to get back to her comfortable life as quickly as possible. All she has to do is talk her grandparents into selling their monstrosity of a house and moving to a retirement community. But she underestimates Rick’s dedication—and his considerable charm. Nobody’s taking advantage of his friends on his watch, even if that makes the tempting southern California girl with the long legs his adversary. Unfortunately for them both, the only thing more urgent than the matter at hand is their sizzling chemistry, and it’s quickly becoming too strong to resist.

“Incredibly subtle,” Rick said before he pressed a kiss to her neck that made her entire body shiver. “This was not one of my better plans for not kissing a woman.”

“And yet neither of us have moved.”

When he stood up straight, she regretted saying the words. Even if it was a dumb idea, she liked the feel of his body so close to hers. But when she laid the pool cue across the felt and straightened up, he put his hand on her elbow and turned her to face him.

“I agree.” She stepped into the curve of his arm. “So after you kiss me, we should make another agreement about how we won’t do it again.”

That seemed to be all the urging he needed. His mouth closed over hers so swiftly she gasped against his lips. It was hot and urgent and she stood on her toes, arching her back to get more of him.

His hands were at her hips, holding her against his body, and she wrapped her arms around his neck so he couldn’t pull away. He nipped at her bottom lip and she moaned, wishing they were alone—really alone—and that maybe this time they wouldn’t stop. 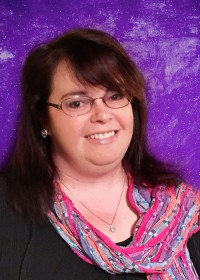 New York Times and USA TODAY bestselling author Shannon Stacey lives with her husband and two sons in New England, where her two favorite activities are writing stories of happily ever after and riding her four-wheeler. From May to November, the Stacey family spends their weekends on their ATVs, making loads of muddy laundry to keep Shannon busy when she’s not at her computer. She prefers writing to laundry, however, and considers herself lucky she got to be an author when she grew up.

Please enter via the Rafflecopter form.