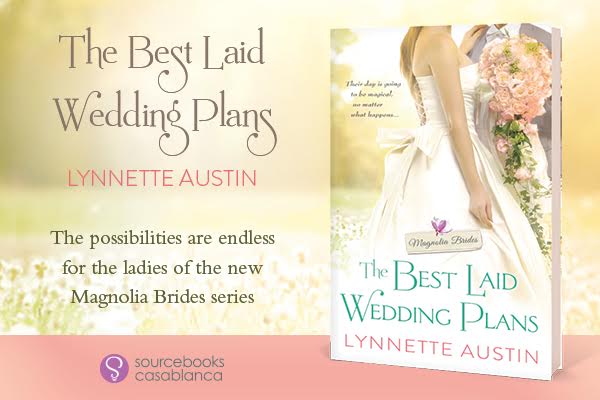 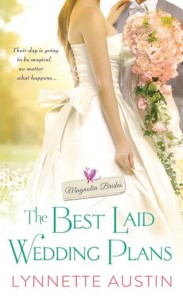 SOME DREAMS ARE WORTH WHATEVER IT TAKES

Jenni Beth Beaumont left her broken heart behind when she took her dream job in Savannah. But after her brother’s death, Jenni Beth returns home to help mend her parents’ hearts as well as restore their beautiful but crumbling antebellum mansion. New dreams take shape as Jenni Beth sets to work replacing floors and fixing pipes to convert the family homestead into the perfect wedding destination. However, some folks in their small Southern town are determined to see her fail.

Cole Bryson was once the love of Jenni Beth’s life, but the charming architectural salvager has plans of his own for the Beaumont family home. As the two butt heads, old turmoil is brought to the surface and Cole and Jenni Beth will have to work through some painful memories and tough realities before they can set their pasts aside and have a second chance at their own happily ever after.

Physical description: Five-feet-eleven, brown hair and eyes, and a good twenty pounds too heavy.  He dresses in full uniform and a wide-brimmed trooper’s hat.

Describe yourself in 100 words or less:

People tend to think of me as a donut-eatin’, coffee-drinkin’ stereotype of a small-town sheriff. They might add that I’m a little on the lazy side. Don’t let any of that fool you. I’ve got my finger on the pulse of both Misty Bottoms and its citizens.

Jenni Beth Beaumont’s moving back, intent on turning the town into some kind of fancy wedding destination. I don’t doubt that she can do it. That girl’s got more drive than a Chevy pickup. I can handle the change. A lot of the townsfolk forget I have a degree in criminal justice as well as my police academy training. I know my job, and I take it very seriously.

The folks here are good, up-standing citizens. I don’t go to work in the morning worrying about bank robberies or hostage situations. Once in a while, one of the teens might paper somebody’s house or, on a Saturday night, someone has a little too much at Duffy’s Pub and I have to give him a ride home. For the most part, though, we have a quiet little town. Never boring, though. Big difference there.

I hang out at Dee-Ann’s Diner quite a bit. Not because I like to eat, although her pies are some of the best you’ll ever taste, but because it keeps me plugged in with what’s happening. I hear a heck of a lot more there than I do riding around in my cruiser.

When not working, how do you spend your time?

I enjoy woodworking, so I spend a lot of time in my shop with my pal Virgil. Right now, we’re crafting a coffee table for his son and daughter-in-law. When my wife replaced our fridge, I hauled the old one out there and bought a new flat screen TV. Virgil had a couple old chairs he dragged in. We’ve got ourselves a pretty good little place to catch the games.

If money was no object and you had 3 weeks of vacation, what would you do with your time?

I haven’t seen my older brother Owen in more years than I care to think about. He’s living up in Sitka, Alaska. If I had the time and money, that’s where I’d head. My wife’s been bugging me to do that ever since she watched Ryan Reynolds and Sandra Bullock in that movie, The Proposal. I can’t tell you how many times I’ve told her they didn’t actually film the movie there, that they did it somewhere in Massachusetts. But will she listen? Heck, no. It would be nice, though, to see Owen again.

Seriously? My dream wedding? To be honest, I’d let the flowers and all that up to my wife. I’ve learned that it’s easiest just to go along. You know what I would like, though? I saw a picture on the internet of a couple who had their cake made from Krispy Kreme donuts. Now that would be somethin’ I could get behind.

Her experienced gaze scrutinized the scene, took in both the setting and the people, alert for any problems. The arbor, with its draping of wisteria, had turned out beautifully and smelled like heaven itself. The bride’s family, the groom’s family—both wore expressions of happiness mixed with a touch of relief.

Jenni Beth’s eyes drifted to the flower girl. Daniella was antsy, her little fingers busily plucking the lace from the basket that held rose petals. And what in the world was Ricky, the ring bearer, doing to his shoelaces? Her eyes narrowed. Had he tied them together? Oh, boy.

As the sun set, the minister announced the newly joined Mr. and Mrs. Talbot, and Jenni Beth clapped with the rest of the guests while checking to make sure the walkway remained clear. The music began on cue, and the happy couple started down the aisle, hands laced, smiles bright.

When the ring bearer tripped, the best man scooped him onto one shoulder, diverting a minor catastrophe. She’d have to remember to thank him for the quick thinking.

If the reception went as smoothly, she could congratulate herself on a job well done.

While the bride and groom funneled their guests through the receiving line, Jenni Beth bolted to a separate section of the garden to make sure the cake, the bubbly, and the band were in place. She did a last-minute check on table settings, place cards, candles—the list was never ending.

The music started, the bridal party wended their way to the area, and the celebration began.

As the evening wore on, Jenni Beth relaxed.

A familiar voice whispered in her ear. “Dance with me.”

Cole Bryson. She hadn’t seen his name on the guest list.

Shivers raced down her spine, and her heart stuttered. It had been too long, not long enough. “No.”

She wouldn’t turn around, wouldn’t meet those mesmerizing eyes.

His hands settled on her bare arms, and she nearly jumped. As the work-roughened hands moved over her skin, her stomach started a little dance of its own.

Knowing she shouldn’t, she turned to face him. Mistake. She always had found him irresistible, and that hadn’t changed. He’d perfected that slow Southern drawl, had the sound of a true gentleman. But the twinkle in his eyes gave him away. Revealed the bad boy tucked not far below the surface.

Right now, dressed in a dark suit and tie, the man looked like every woman’s dream. He appeared smooth and debonair, but beneath lay the wild.

He took her hand, and, God forgive her, she followed him, weak-kneed onto the portable dance floor, telling herself she didn’t want to, that she only did it to keep peace. Knowing she lied.

A full moon shone overhead and candlelight flickered. When he drew her into his arms and pulled her close, she sighed. One hand held hers, the other settled south of her waist.

“You smell good, Jenni Beth. You always do.”

His voice, low and husky, sent goosebumps racing up and down her arms. Despite herself, she rested her head against his chest, seduced by the strong, steady beat of his heart, the illusion he could make everything and anything all right. 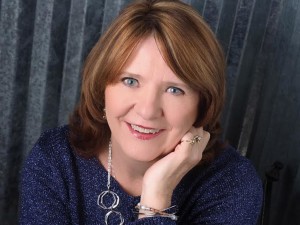 The luxury of staying home when the weather turns nasty, of working in PJs and bare feet, and the fact that daydreaming is not only permissible but encouraged, are a few of the reasons middle school teacher Lynnette Austin gave up the classroom to write full-time. Lynnette grew up in Pennsylvania’s Alleghany Mountains, moved to Upstate New York, then to the Rockies in Wyoming. Presently she and her husband divide their time between Southwest Florida’s beaches and Georgia’s Blue Ridge Mountains. A finalist in RWA’s Golden Heart Contest, PASIC’s Book of Your Heart Contest, and Georgia Romance Writers’ Maggie Contest, she’s published five books as Lynnette Hallberg. She’s currently writing as Lynnette Austin. Having grown up in a small town, that’s where her heart takes her—to those quirky small towns where everybody knows everybody…and all their business, for better or worse.