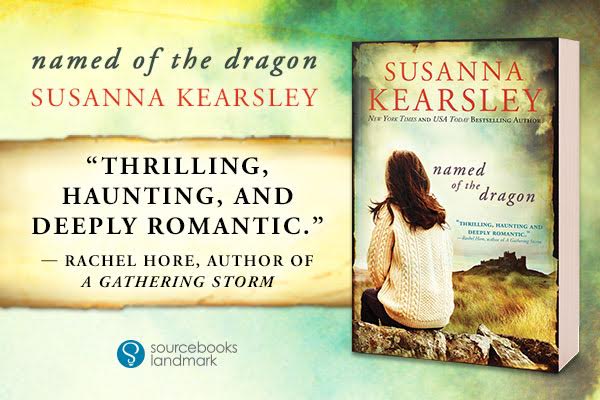 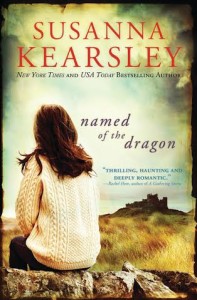 Title: Named of the Dragon

SOMEWHERE IN THE HEART OF LEGEND

LIES THE KEY TO HER TERRIFYING DREAMS

The charm of spending the Christmas holidays in South Wales, with its crumbling castles and ancient myths, seems the perfect distraction from the nightmares that have plagued literary agent Lyn Ravenshaw since the loss of her baby five years ago.

Instead, she meets an emotionally fragile young widow who’s convinced that Lyn’s recurring dreams have drawn her to Castle Farm for an important purpose–and she’s running out of time.

With the help of a reclusive, brooding playwright, Lyn begins to untangle the mystery and is pulled into a world of Celtic legends, dangerous prophecies, and a child destined for greatness.

While the halls beside it crumbled from the strain of staying upright, Pembroke Castle’s keep had stood through eight long centuries of tumult, and looked capable of weathering another eight with ease. It had been poked at, over time. Bits of the parapet surrounding the domed roof had tumbled down, or been removed, and when we walked round to the north side I could see the black and jagged hole that marked the first-floor entrance, stripped of all its finer facing stones. But such small scars went virtually unnoticed on a building so imposing.

“I’m not sure you should be doing that,” said James, as I scampered up the flight of steps toward the gaping doorway. “Those steps might not be safe. And anyway, you can’t get in that way, you have to go through here.”

The steps didn’t feel dangerous, but I didn’t imagine that open defiance was something James craved in an agent, and I ought to be trying to show him how well I could listen. Reluctantly, I turned back and went through the proper entrance, a much smaller door set at ground level. It felt like walking through a tunnel—the walls of the keep must have been a good twenty feet thick—but at length it discharged us, like puny adventurers, into the cavernous space.

“You see?” James, who had seen it before, pointed up at a ragged-edged hole, streaming light. “It’s a doorway to nothing, the floors have all gone.”

I had tipped my head backward, struck dumb by the sight.

Originally, there would have been three or more levels here, comfortable rooms, wooden floors, warming fires that burned in the royal apartments, but all of that was lost now to the callous hand of time. What remained, though, was in some ways more impressive.

Stripped to its bare outer walls, it was like a cathedral, a great hollow soaring cathedral of stone, with a perfect domed ceiling and small arching windows that slanted pale light through the reverent gloom. From every ledge and opening long streaks of soft and mossy green dripped downward, passing shades of rust and gentle blues that stained the walls in places where the plaster had not fallen from the gray, unyielding stones.

James looked at me. “You say that as though it’s a challenge.”

“It is.” I’d always liked climbing things. Turning, I spotted the newel stair, and happily squeezed up one tight winding flight to the first narrow landing. Resting my hands on the cold metal piping that served as a guardrail, I leaned through the open arched doorway to look down at James. “Coming up?”

“No, I’ve done it once, thank you.” He sauntered forward, moving through a shifting web of light and shadow, to see me better. By the time I reached the third and final landing, he was standing in the center of the floor. “Do warn me if you’re going to fall,” he said, “so I can step aside.”

“You wouldn’t catch me?”

“From that height? You must be mad.”

I took a firm grip on the guardrail and leaned out as far as I dared, to admire the view. The dome, from this height, was a marvel of masonry, hundreds of stones set with perfect precision to form an impossible half sphere that floated above me. Absorbed, I leaned further, and felt my hand slip in the instant before something clamped round my shoulder. 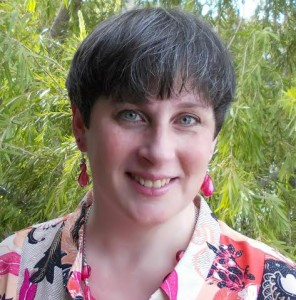 New York Times and USA Today bestselling author and RITA award winner Susanna Kearsley is known for her meticulous research and exotic settings from Russia to Italy to Cornwall, which not only entertain her readers but give her a great reason to travel. Her lush writing has been compared to Mary Stewart, Daphne Du Maurier, and Diana Gabaldon. She won the coveted Romance Writers of America RITA Award for The Firebird, and hit the bestseller lists in the U.S. with The Winter Sea and The Rose Garden, both RITA finalists and winners of RT Reviewers’ Choice Awards. Other honors include finaling for the UK’s Romantic Novel of the Year Award, National Readers’ Choice Awards, and the prestigious Catherine Cookson Fiction Prize. Her popular and critically-acclaimed books are available in translation in more than 20 countries and as audio books. She lives in Canada, near the shores of Lake Ontario.