“There you are,” said someone from the hall below. “They said you had gone upstairs.”

Anabel looked down to find Sir Charles Norbury gazing up at her. A tingling shock ran through her body, and the candle trembled a little, dripping wax.

“You have missed the first waltz,” he added, meeting her at the bottom of the staircase and taking the candlestick from her hand. He snuffed the flame between forefinger and thumb and set it aside. “And I came early especially to engage you for it.”

“I wanted to look in on the children.” As always, his presence overwhelmed her. He seemed to tower over her, yet his pale green eyes felt close and compelling. She found it hard to breathe.

“It is a country dance now, unfortunately. Mayn’t we wait outside here for the next and hope?” He smiled and reached for her hand to lead her across to a small empty anteroom.

Anabel knew she should say no, but her voice seemed to have died, and she went with him silently and allowed him to escort her to a sofa and sit beside her, his arm thrown along its back.

“You look exquisite tonight,” he said softly. “The loveliest woman at the ball.”

This outrageous compliment revived her. “What a plumper. There are dozens of prettier ones.”

“Flatterer.” She smiled, but when she met his eyes, they were very serious.

“No,” he said again. “To me you are the most beautiful.” He held her gaze for a moment, then slowly bent forward and took possession of her lips, his arm tightening around her shoulders.

Anabel’s slight trembling increased, and her mind dissolved in confusion. She should pull away, part of it cried; this was terribly fast, and someone might come in at any moment. But another part urged her on, fascinated by Sir Charles’ attractions and filled with curiosity.

His kiss was very expert, and nothing at all like her deceased husband’s, Anabel’s only standard of comparison. His lips seemed to draw all strength out of her, leaving her limp and pliant, yet she felt disconnected from the expected sensual pleasure. He knew how to draw response from her body, clearly, but her heart and mind remained in turmoil.

Norbury, on the contrary, was in the grip of feelings stronger than any he had ever experienced, and for him the kiss confirmed a decision. This was the woman he wanted. Never had his passions been suffused with such emotion. Beyond thinking, he moved his free hand to Anabel’s knee and slid it upward caressingly, savoring the curve of her waist under the thin satin dress and cupping his fingers around her breast. She drew her breath in sharply.

A scuff of footsteps in the hall, followed by a scrap of conversation and a laugh, jerked Anabel upright. She pulled away from him only just in time to avoid being caught by two couples coming into the room. But it was obvious in the way that the newcomers stopped, smiled, and apologized that their appearance gave them away. Anabel rose and hurried from the room, Norbury behind her. Her cheeks were flaming, and she felt that she could not possibly face the crowd in the ballroom. 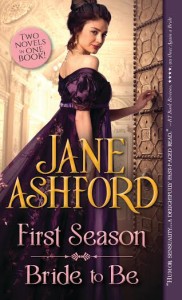 Widowed Lady Anabel Wyndham was married right out of the schoolroom and has never before experienced the delights of a London Season. She’s dazzled by the attention of the fascinating Sir Charles Norbury, a man whose touch seems to melt her very soul, but a notorious rake. She’s drawn to handsome friend-of-the-family Christopher Hanford and the comfort and serenity he offers. But how does one choose between two such charming suitors? Anabel is finding that love is so much more dangerous the second time around.

Emily Crane is the toast of the ton—and she couldn’t find it more tedious. Until she encounters the darkly sensual stranger whose life she once saved and the London Season becomes infinitely more exciting. Recently returned from the wilds of South America, Lord Richard Sheldon has only contempt for tiresome London chits, but he finds himself stunningly intrigued by the dauntless Emily Crane. When the two become embroiled in a budding scandal and are forced into an engagement, they discover a passion more dangerous than any killer… 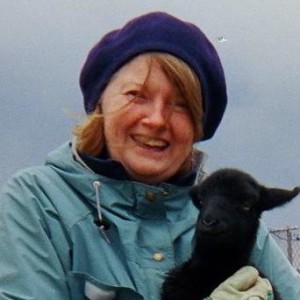