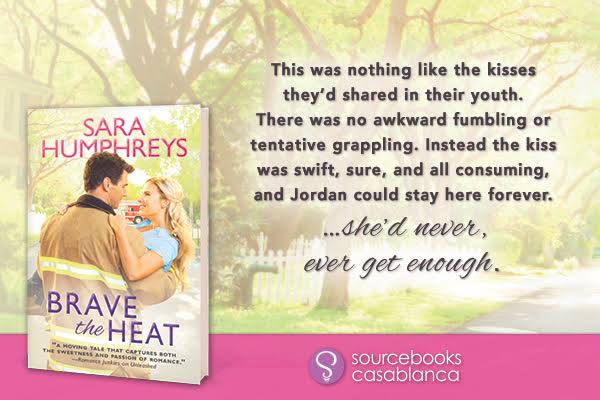 Who loves a man in uniform? ME!!!  I also love a band of brothers and that’s why I simply had to write The McGuire Brothers series. These five sexy bros are all men in uniform and they are as devoted to each other as they are to their jobs.  When the guys introduced themselves to me (I know that sounds weird but that’s kind of how it feels when the characters come to life in my head) one of the first things they told me about themselves was which uniform they wore.

Gavin, the hero in Brave the Heat is the oldest and the fire chief in their hometown. Ronan, the second born, is a K9 officer in New York City and a die-hard ladies man. His longest relationship, outside of his family, is with his partner, a bloodhound named Bowser. Tristan is the middle son, and admitted bad-boy. A former Navy SEAL, he is now freelancing as a gun for hire and bodyguard. The twins, Finn and Dillon, are the youngest of the bunch. Finn is an armed first responder in Miami and Dillon is an Air Force pilot but is on leave due to PTSD.

What I love most about these heroes—and all men in uniform—is their unwavering commitment, fiercely protective nature, and a clear sense of right and wrong. They are devoted to family and their mission—whatever that may be. All uniforms are sexy, except for maybe the UPS or mailman gear. If you find a hot mailman or UPS guy…please share.

Real life men in uniform are actually superheroes so here are 5 of my fave fictional superheroes:

Gavin, and all of the McGuire brothers, wear their uniforms proudly and like most men in service, they are as devoted to their families as they are to their duties. I think it’s that quality which stands out above all the rest—devotion. Isn’t that what all of us want? We want to be loved, cherished, and protected and no one does that better than a man in uniform. 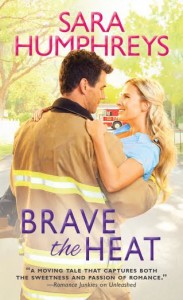 Summary
The only fire he can’t put out…
Jordan McKenna is back in town, and Fire Chief Gavin Maguire’s feelings when he sees her after all these years are as raw as the day she left. Then he was just a kid wearing his heart on his sleeve. Now he spends every day trying to atone for the tragedy he couldn’t prevent.

Is the torch he carries for her
Jordan’s life has not exactly worked out the way she expected. A divorced mother of two with a failed acting career, Jordan’s biggest concern about coming back to Old Brookfield was seeing her first love. But when a series of suspicious fires breaks out, Jordan and Gavin realize that dealing with the sparks between them may be the least dangerous of their problems. 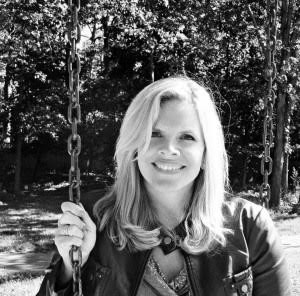 Sara Humphreys is the award winning author of the Amoveo Legend series. The third book in the series, UNTAMED, won two PRISM awards–Dark Paranormal and Best of the Best. The first two novels from her Dead in the City series have been nominated for the National Readers Choice Award. Sara was also a professional actress. Some of her television credits include, A&E Biography, Guiding Light, Another World, As the World Turns and Rescue Me.

She loves writing hot heroes and heroines with moxie but above all, Sara adores a satisfying happily-ever-after. She lives in New York with Mr. H., their four amazing sons, and two adorable pups. When she’s not writing or hanging out with the men in her life, she can be found working out with Shaun T in her living room or chatting with readers on Facebook. 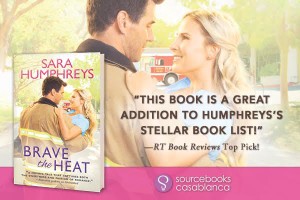