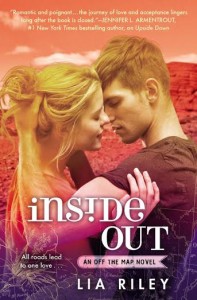 Love is their best adventure yet . . .
Talia Stolfi is deeply in love with the brooding Aussie surfer who stole her heart-but their infrequent letters only get her so far. While she fulfills her dream of being in the Peace Corps, a dangerous condition jeopardizes her life . . . and threatens to shatter her heart.

After nearly losing Talia forever, Bran Lockhart sailed to the stormy seas at the ends of the earth. Deep down, he knows that all roads worth traveling lead back to the beautiful California girl with the sunny smile. There’s no denying that he belongs with her, but to have her by his side means Bran must dare to do something he’s never done before: hope.  Everything they’ve fought for has come down to this moment. Can Talia and Bran discover the courage to claim their future and learn that sometimes, in order to earn true love, you need to venture off the map?

“See how I want you.” His agonized whisper is barely audible over the water lashing the tiles. His hips lose their slow, lazy tempo. He pounds himself deeper, harder.

An intense ache spreads from my belly through my breasts. I’ve forgotten what it feels like to be turned on. Muscles tighten within my sex. I’m fast remembering.

“Want. You. So. Bloody. Much.” He always sounds like this right before he comes, as if it hurts, like I’m pressing on a wound that’s too much to bear. “Damn it, Talia.”

I can’t look away as he loses himself in a blaze. I’m a prism, refracting his light. His features spin through a kaleidoscope of emotions starting at brutal need and ending with an unexpected vulnerability. My fear about the future disperses so quickly it’s hard to believe only minutes ago it felt inescapable. Bran isn’t some scary what-if. He’s a fact, a truth to hold on to against all life’s uncertainty. Why have I been so afraid he’ll see me as a walking disaster? He knows what it’s like to mess up, to feel like a failure. I need to reframe my question. Rather than asking what if Bran gets sick of me, maybe I should ask, what if we’ve worked our asses off, and finally have a shot at a real forever?

He falls to his knees and grabs me before I can take a breath or do anything but throw my arms around his lean shoulders. Water soaks through the white cotton of my pajama pants until I might as well be naked too.

“Show me the way back to you.” He buries his face in my neck, drags his lips to the place behind my ear, the headwaters for all delicious shivers.

“I’ll do whatever it takes, go off the map.”

He’s right. We’ve been explorers for some time. During the last little while it’s as if a blizzard descended, we were stuck in a whiteout, so close, but the snow made everything indistinguishable. At last, the storm’s abating and he’s right there, and I’m over here. Suddenly, we can see each other.

Within us is the way forward. We each possess half of the compass and must join together to find the right direction.

“You’ve got to know how much I need you.” A lock of his wet hair twists in a boyish curl.

I go to smooth it down, but my fingers tangle in the thick waves, and instead draw him closer.

He bows his head, still panting a little. “You can’t check out on me like that again. I can’t live this bloody life devoid of you—”

I brush my mouth over his lower lip, that reddening mark where his teeth left imprints. “I won’t. I’m so sorry. I-I’m ready to try. Thank you for believing in me.”

We rest our foreheads together, holding one another upright. Droplets fall from his hairline onto my cheeks, joining fresh tears. He’s water, I’m water, and our flotsam and jetsam fit in a way that’s strange, yet familiar. I have no idea where we’re going, only that the way out is lined with broken feathers, bloodstains, marrow ash, and the serrated teeth of sharks.

This journey will take all I’ve got, a small price to have everything.

And that’s exactly what this guy in my arms is. 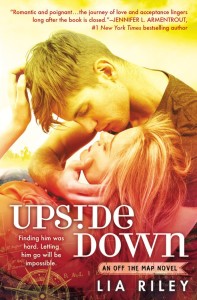 If you never get lost, you’ll never be found…
Twenty-one-year-old Natalia Stolfi is saying good-bye to the past-and turning her life upside down with a trip to the land down under. For the next six months, she’ll act like a carefree exchange student, not a girl sinking under the weight of painful memories. Everything is going according to plan until she meets a brooding surfer with hypnotic green eyes and the troubling ability to see straight through her act.

Bran Lockhart is having the worst year on record. After the girl of his dreams turned into a nightmare, he moved back home to Melbourne to piece his life together. Yet no amount of disappointment could blind him to the pretty California girl who gets past all his defenses. He’s never wanted anyone the way he wants Talia. But when Bran gets a stark reminder of why he stopped believing in love, he and Talia must decide if what they have is once in a lifetime . . . or if they were meant to live a world apart. 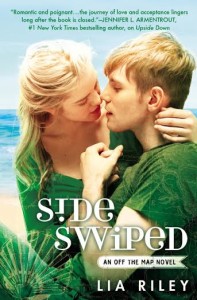 It was only meant to last the summer . . .
Talia Stolfi has seen more than her share of loss in her twenty-one years. But then fate brought her Bran Lockhart, and her dark world was suddenly and spectacularly illuminated. So if being with Bran means leaving her colorless SoCal life for rugged and wild Australia, then that’s what she’ll do. But as much as Talia longs to give herself over completely to a new beginning, the fears of her past are still lurking in the shadows.

Bran Lockhart knows that living without the beautiful girl who stole his heart will be torment, so he’ll take whatever time with her he can. But even though she has packed up her life in California and is back in his arms for the time being, she can’t stay forever. And the remaining time they have together is ticking by way too fast. Though fate seems determined to tear them apart, they won’t give up without a fight-because while time may have limits, their love is infinite . . . 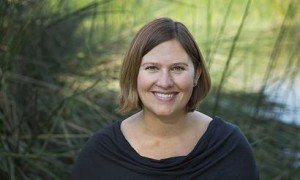