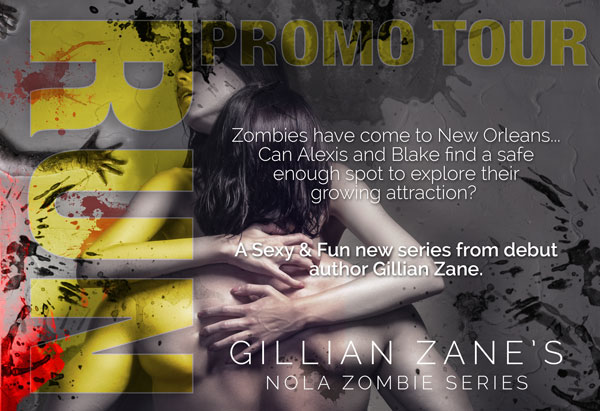 I AM SUPER EXCITED TO HOST GILLIAN ZANE

for today’s stop on the RUN blog tour. 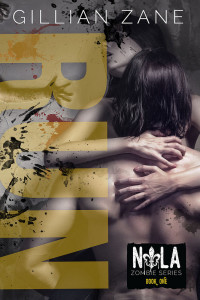 Zombies are on the loose in New Orleans and of all the End of the World scenarios, Alexis Winter wasn’t prepared for this one. But, an apocalypse is an apocalypse and she should have this covered. She has been “prepping” for the last three years. The problem is location and timing. She’s stuck downtown and she has to get to her house on the outskirts of the city so she can get her supplies and bug-in (for the “non-preppers” this means hole up and stay safe).

Agreeing to work on a Saturday is now coming back to bite her on the ass big time. Hopefully, it won’t be a literal bite by the walking dead.
Luck favors the prepared, and as luck would have it, it comes in the form of the ridiculously hot Blake Miller. Former military man, current mercenary, Blake Miller, the man with the plan, his goal: steal a boat and trek up the Mississippi until they find safety. Alexis thinks this is a great plan and she decides to team up with Blake. The two team up in unexpected ways as they find they can’t keep their hands off of each other even when the world is falling down around them.
Can Alexis and Blake survive the end of the world, and if they do make it through the night, find a place that is safe and secure? Can their newfound attraction lead them down the road to love or heartbreak?
Zombies, sex, romance and carnage…you can’t get any better than this.

Gillian Zane has been writing fiction stories since she was first able to put pen to paper. She has published a few non-fiction books in her field of study, which is Art, but finally, after all, these years her first fiction novella is being released. Gillian is obsessed with anything that gives her a thrill and feels adding romance to any storyline is a good thing. She was born and raised in New Orleans, Louisiana and couldn’t imagine living anywhere else. She lives with her husband, too many animals in a little house that has way too many books.

Today at BookHounds we are going to discuss dogs and the zombie apocalypse, both Mary and I are big fans of man’s best friend and I believe integral to survival in a zombie apocalypse. There is a dog named Charlie that has a big role in my NOLA Zombie series. Charlie is a German Shepard and is owned by the main character Alexis. Because of Charlie, Alexis has a better chance of surviving.

How can dogs save you in a zombie apocalypse?

First, they can warn you about an incoming zombie. My own dog will bark if someone comes to the door. Just one bark to let me know there is a stranger outside. I would believe, he would do this if that stranger was a zombie. His hearing is also much more acute than my own, so he’ll be able to pick up on approaching zombies a lot quicker than I could. 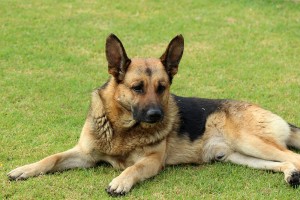 His smell is also a lot better than my own, so if trained properly he would be able to smell the dead from far away. He could either lead me away from zombies or spot someone that might be infected and on the way to turning.

A fierce dog, that looks menacing can also protect you from non-zombie threats, other humans that might want to take advantage of you, instead of help. I would want Alexis’ German Shepard at my side or something like a Doberman in this situation.

Also, hunting. No more McDonald’s and Winn-Dixie…what do you do for food? You hunt. There are some breeds of dogs that are perfect for hunting, are trained to retrieve, flush and kill game. A pup’s hunting skills could be the best advantage of having a dog at your side. 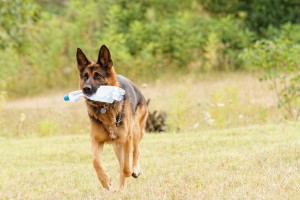 Finally, training with your dog would keep you fit and your dog ready for anything that the crazy new zombie world might throw at you. Depending on the type of dog and it’s training the dog can be a wonderful asset in a zombie world. I don’t think a smaller breed that tends to bark a lot would be an asset, or one that didn’t listen well, but a trained dog could mean the difference between life and death in the Zombie Apocalypse.