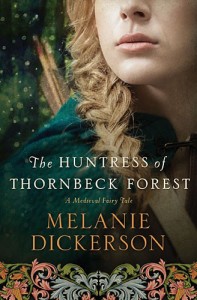 "Swan Lake" meets Robin Hood when the beautiful daughter of a wealthy merchant by day becomes the region's most notorious poacher by night, and falls in love with the forester.

Odette justifies her crime of poaching because she thinks the game is going to feed the poor, who are all but starving, both in the city and just outside its walls. But will the discovery of a local poaching ring reveal a terrible secret? Has the meat she thought she was providing for the poor actually been sold on the black market, profiting no one except the ring of black market sellers?

The one person Odette knows can help her could also find out her own secret and turn her over to the margrave, but she has no choice. Jorgen and Odette will band together to stop the dangerous poaching ring . . . and fall in love. But what will the margrave do when he discovers his forester is protecting a notorious poacher?

She and Jorgen danced the next song together, and the next and the next. Perhaps she should have excused herself and danced with someone else, but Mathis did not return. The longer she danced with Jorgen, the more she was able to enjoy it and forget that he was the forester.

In fact, they danced until the Minnesingers began to play closer to the bonfire, now lit and starting to roar at the other end. They agreed they did not wish to join the drunken merrymaking around the fire. Jorgen kept hold of her hand a bit longer than was necessary. His touch made her heart flutter.

She caught her breath. How could she be foolish about this man she had just met? Had she forgotten what he could do to her?  She must be a lack wit.

Uncle Rutger came toward them. “What a merry party you four make, dancing and laughing. Jorgen, you must come to our home for Odette’s birthday feast in two nights. You will be most welcome. Peter and Anna will be there as well.

Oh, dear heavenly saints. Uncle Rutger must not know Jorgen was the forester.

Jorgen consented to come, and after the details were conveyed of the time and location of their house, Jorgen turned to Odette. “Until then.”

Would he kiss her hand? But he only smiled, bowed, and walked away.

As Peter and Uncle Rutger escorted Anna and Odette home, Odette couldn’t help but wonder what the reaction of Peter, Anna, and the handsome young forester would be if they ever discovered that she was poaching the margrave’s deer    and giving the meat to the poor. The fact that Jorgen’s adoptive father, the old game-keeper, was shot and killed by a poacher a few years ago would make Jorgen hate her.

Her heart constricted painfully in her chest. There was only one thing to do: never get caught. 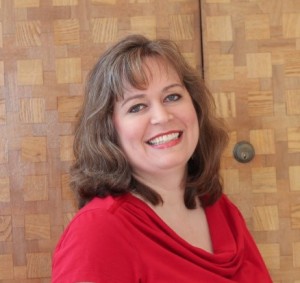 Melanie Dickerson is a two-time Christy Award finalist and author of  The Healer’s Apprentice, winner of the National Readers Choice Award for Best First Book in 2010, and The Merchant’s Daughter, winner of the 2012 Carol Award. She spends her time writing medieval stories at her home near Huntsville, Alabama, where she lives with her husband and two daughters. The Huntress of Thornbeck Forest is Melanie’s first historical romance for adults.

People’s misdirected anger, especially when it’s directed at me!

No. I don’t even think the FBI would care why I want to know which berries growing in Medieval Germany could kill a person.

I know most of my main plot points. Beyond that, I just go with the flow. 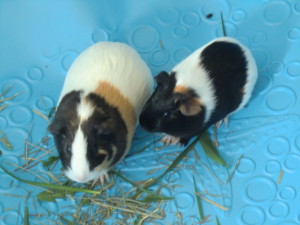 Cecily, named after a character in The Importance of Being Earnest, and Ellie. We got Cecily first and realized she was lonely and needed a friend. She’s a good snuggler. Ellie is feistier and likes to crawl up to your shoulder and nibble your hair.

Giveaway Ends 5.19.15 and open to all who can legally enter.
US only – must be over 18 or have your parents permission to enter.
An email will be sent and you have 48 hours to reply or a new winner will be chosen.
Winner will be announced within 48 hours at the end of the giveaway. Giveaway is organized by Bookhounds and sponsored by publisher
It has no affiliation with Facebook, Twitter or any other entitiy.
Void where prohibited.
Not responsible for lost, stolen or damaged prize.