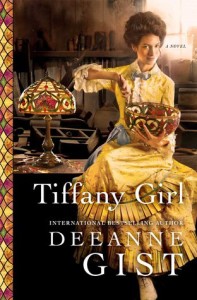 From the bestselling author of It Happened at the Fair and Fair Play comes a compelling historical novel about a progressive “New Woman”—the girl behind Tiffany’s chapel—and the love that threatens it all.

As preparations for the 1893 World’s Fair set Chicago and the nation on fire, Louis Tiffany—heir to the exclusive Fifth Avenue jewelry empire—seizes the opportunity to unveil his state-of-the-art, stained glass, mosaic chapel, the likes of which the world has never seen.

But when Louis’s dream is threatened by a glassworkers’ strike months before the Fair opens, he turns to an unforeseen source for help: the female students at the New York Art Institute. Eager for adventure, the young women pick up their skirts, move to boarding houses, take up steel cutters, and assume new identities as the “Tiffany Girls.”

Tiffany Girls is the heartwarming story of the impetuous Flossie Jayne, a beautiful, budding artist who is handpicked by Louis to help complete the Tiffany chapel. Though excited to live in a boarding house when most women stayed home, she quickly finds the world is less welcoming than anticipated. From a Casanova male, to an unconventional married couple, and a condescending singing master, she takes on a colorful cast of characters to transform the boarding house into a home while racing to complete the Tiffany chapel and make a name for herself in the art world.

As challenges mount, her ambitions become threatened from an unexpected quarter: her own heart. Who will claim victory? Her dreams or the captivating boarder next door? 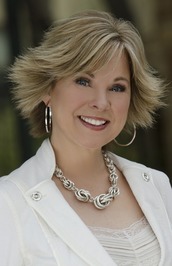 Deeanne Gist has rocketed up the bestseller lists and captivated readers everywhere with her original historical and contemporary romances. A favorite among readers and reviewers alike, her popular titles include It Happened at the Fair and Fair Play. Her latest book, Tiffany Girl, is available May 5, 2015.

A popular speaker, Gist’s presentations have been featured on the front page of the Wall Street Journal and in other publications. The Wall Street Journal’s accompanying online video was the most watched video on the FrontPageWSJ.com website for several days following their feature.

Gist has a background in education and journalism. Her credits include People, Parents, Parenting, Family Fun, Houston Chronicle and Orlando Sentinel. She is also the creator of I Did It!®, a parenting line of products. Gist lives in Houston, Texas with her husband of thirty years. The couple has four grown children.

Gist’s fans enthusiastically interact with her at her popular online communities: IWantHerBook.com, as well as on Facebook (@DeesFriends) and Twitter (@DeeanneGist).

Giveaway Ends 5.2.15 and open to all who can legally enter.
US only – must be over 18 or have your parents permission to enter.
An email will be sent and you have 48 hours to reply or a new winner will be chosen.
Winner will be announced within 48 hours at the end of the giveaway. Giveaway is organized by Bookhounds and sponsored by publisher
It has no affiliation with Facebook, Twitter or any other entitiy.
Void where prohibited.