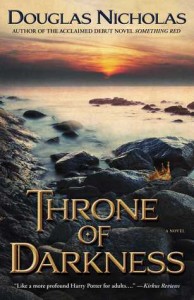 Perfect for fans of Game of Thrones, this novel from acclaimed author Douglas Nicholas continues the gripping dark fantasy series that Kirkus Reviews describes as “a more profound Harry Potter for adults.”It’s 1215 in northwest England—the eve of the signing of the Magna Carta—and mystical Irish queen Maeve and her unlikely band of warriors must protect the region from a chilling fate. Word of a threat reaches the Northern barons: King John has plotted to import an African sorcerer and his sinister clan of blacksmiths, whose unearthly powers may spell destruction for the entire kingdom. Along with her lover, Jack, her gifted niece, Nemain, and Nemain’s newlywed husband, Hob (whose hidden talents will soon be revealed), Maeve must overcome a supernatural threat unlike any she’s seen before.With his characteristic blend of historical adventure and intoxicating mythological elements, Nicholas once again “goes for the throat…with brilliant writing and whip-smart plotting” (New York Times bestselling author Jonathan Maberry). This is a richly woven tale that will leave you hungry for more.

The story picks up where Something Red and The Wicked ends.  I suggest that you read these two before reading Throne of Darkness.  You could start out at any of these three books but everything makes much more sense if you start at the beginning.  I enjoyed the whole series so far.   The story retells events from King John’s era and you would know him best as the evil king protrayed in Robin Hood, son of Eleanor of Aquitaine, one of the most powerful women in Europe at the time.

Of course, King John has brought his own magical element in the form of shifters (no weredachshunds, alas) to fight magic with magic. Also, noted are the mystical Irish queen, Maeve , Molly who cannot return home because of religous issues , her granddaughter Nemain and Nemain’s husband Hob, as well as, Molly’s lover Jack acting as a band of musicians and healers.  The pope has offered this gang a chance at returning to their homeland while taking out John.  That little bit is based on history.

There are epic battles and world building that was quickly developed ( the first book laid everything out) and the characters are truly memorable.  I am a huge historical fiction geek and love twists on actual historical events which I tend to over-google while reading.   Thank you, dear author, for including a glossary of the terms with the book.  I found everything about the story to flow and I am now hooked.  I think this is my first historical fantasy that I have ever read, but now it won’t be my last. 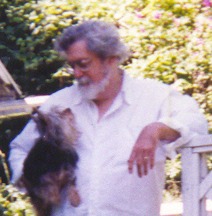 Douglas Nicholas is an award-winning poet whose work has appeared in numerous publications, among them Atlanta Review, Southern Poetry Review, Sonora Review, Circumference, A Different Drummer, and Cumberland Review, as well as the South Coast Poetry Journal, where he won a prize in that publication’s Fifth Annual Poetry Contest.

He was also recipient of an award in the 1990 International Poetry Contest sponsored by the Arvon Foundation in Lancashire, England, and a Cecil B. Hackney Literary Award for poetry from Birmingham-Southern College. He lives in New York City and the Hudson Valley with his wife, Theresa, and Yorkshire terrier, Tristan 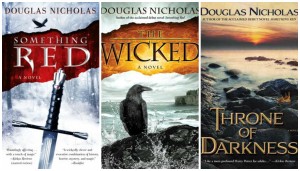 Want to win this set?

Giveaway Ends 4. 7.15 and open to all who can legally enter.
Open to US residents only – po boxes ok!
An email will be sent and you have 48 hours to reply or a new winner will be chosen.
Winner will be announced within 48 hours at the end of the giveaway. Giveaway is organized by Bookhounds and sponsored by the publisher
It has no affiliation with Facebook, Twitter or any other entitiy.
Void where prohibited.