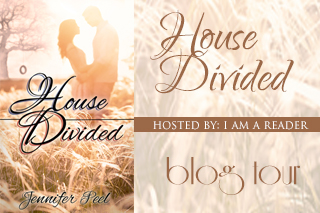 There is a law irrevocably decreed in the state of Alabama that you must choose a team. You’re either an Auburn fan or an Alabama Fan. There is no fence sitting or waffling. It’s one or the other. However, it doesn’t mean that you can’t fall in love with someone from the opposing side. They even have a name for it … House Divided.

Ellie Eaton and Brady Jackson were just such a couple, but unfortunately they were separated by more than just their loyalty to a university. Against the odds and against the rules, Ellie and Brady dove right into the forbidden current of friendship and then love. Their sweet, innocent romance was one for the storybooks, but old rules and family prejudices ultimately tore them apart, just as they were each ready to depart to their beloved universities, Ellie to Auburn and Brady to Alabama. But years later, when near tragedy strikes, they’re brought together again and given a second chance at love, this time with help from some very unlikely sources.

House Divided is a sweet romance filled with southern charm, a dash of humor and, for good measure, a pinch of lies and intrigue.

Praise for the Book

“House Divided was one of those books that made me want to ignore my children, my to-do list, my need for food, and pretty much anything else that would keep me from reading. Jennifer Peel has a real gift for depicting first love, heartbreak, and hope.”

“A tender, soft, story that truly is a gem to read.”

“Ms. Peel has created a story that stands as a tribute to true southern gentility, it’s foibles and strengths. Truly a beautiful read that gives heart and meaning to true devotion. She truly knows how to weave a story that has beauty and true southern charm.”

He kept pace with me nicely and reached for my hand. There were too many people around for me to pull away from him. I wouldn’t embarrass him like that. He grinned at me. He knew me too well. On the elevator, I refused to look at him, but I knew he was looking at me. I could feel it. Before we reached the ground floor, he leaned over. “Ellie, you’re so pretty when you try to ignore me.”

I was ready to turn and look up at him with my icy glare, but he had the sweetest, sappiest smile on his face and I just couldn’t. I couldn’t help but smile back at the fool, but I did shake my head at him. As we walked off the elevator, he leaned in again. “You’re even prettier when you smile at me.”

I lightly elbowed him.

As soon as we made it to the parking lot and were alone, I tried to let go, but he anticipated. He pulled me to him and wrapped his arms around me.

“Let go of me, Brady Jackson.”

“Ellie Eaton, I have no intention of ever letting you go again, and I’ll pick you up and throw you over my shoulder if I have to.”

“You would do no such thing.”

“Even better,” he said as he scooped me up without any effort and threw me over his shoulder. He apparently still worked out like an athlete. I could feel his muscles, which kind of made me forget that I was completely furious with him for taking such liberties with me.

“Brady Jackson, put me down! I’m not seventeen anymore and I’m not your girlfriend!”

“No, you’re definitely not seventeen anymore,” he responded salaciously. “The last ten years have done your body good. You filled out quite nicely. And as far as you being my girlfriend, that’s just a technicality I plan on fixing.

“I can’t believe you just said that. Does your momma know you talk like that?”

I’m a Colorado native who currently calls Alabama home. I’m the mother of three amazing children who have grown up way too fast. I enjoy the mountains, vacations at the beach, date night with my husband, late night talks with my kiddos, touring model homes, and pink bubblegum ice cream.

I grew up on the Western Slope in the Colorado Rocky Mountains. I learned to love the beauty of the outdoors, but not camping–unless staying overnight at the Marriott counts. I met my husband while living in Denver and then several years later we traded the beauty and majesty of the Colorado Rocky Mountains for the art and culture of Chicago, Illinois. My family and I enjoyed living near this world class city, despite the crazy cold winters, but new adventures awaited in Northern Alabama–just six hours away from Orange Beach, Alabama. These three magical places (the Colorado Rocky Mountains, Chicago, and Orange Beach) are the inspired locations used in several of my books.