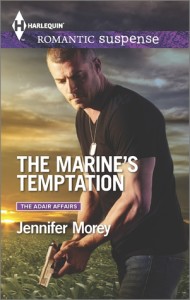 Shocking discoveries rock the Adairs…and a determined librarian can't help falling for one of this dynasty's rugged heroes!

It's true that money can't buy happiness. Librarian Georgia Mason has seen one wealthy Adair ruin her stepmother's life and swears she won't get involved with his son Carson. So what if he's a hot former special ops soldier who showers her with extravagant gifts? But he is the sexiest man she's ever met and it's hard to hate him for searching for his long-lost stepbrother, or tracking down the traitor behind his botched mission. And when Georgia faces life-threatening danger, Carson protects her, igniting their scorching passion. Maybe love of money isn't the root of all evil. Maybe there's more to Carson to trust, respect…and love.

So what if he’s a hot former special ops soldier who showers her with extravagant gifts? He is the sexiest man she’s ever met and it’s hard to hate him for searching for his long-lost stepbrother, or tracking down the traitor behind his botched mission.

When Georgia is kidnapped by a disturbed ex-boyfriend and thrown in the line of fire, Carson protects her, igniting their scorching passion. But after all they’ve gone through together, will Georgia fit in with the elitist Adairs?

Perceptions didn’t always reveal the truth about a man. What he appeared to be and what he was could be two different things. Surface and depth. The surface reflected the shell of the man, what he looked like, what he said, what he did. Underneath that, a well of secrets lurked. Painful secrets that death exposed. Ruthless and indifferent in life. Human in death. That about summed up Reginald Adair. Few had liked him, but then, no one had really known him, had they?

Carson Adair marveled over how little he knew his father when he thought he had. He spread his hands over the top of the desk. How would his father have felt sitting here? Powerful. Accomplished.

Carson would not have associated that word with his dad prior to his murder. But a gnawing curiosity had nestled inside him. If his father hadn’t been who he’d thought, who had he been?

He imagined what it must have been like to be the man at the top of a thriving telecommunications corporation, running the competition into the ground, doing whatever it took to keep shareholders happy and revenue flowing. Not caring about anything or anyone else. Maybe he rarely noticed the spectacular view of downtown San Diego. Maybe he rarely enjoyed a lunch or dinner for anything other than a business meeting.

His wife. His kids. He couldn’t have had many fond memories about them. Turns out Reginald had been consumed by the kidnapping of his first-born son. Indifference had hidden his grief. No one had known about Jackson Adair until the reading of the will. Carson had seen the reports from his father’s secret investigation.

Lost in what it must have been like to be Reginald Adair, he still couldn’t say he knew or even liked his father. He definitely couldn’t say he loved him. But he was moved by the discovery that the man had real emotions, that he’d carried such a weighty burden all these years—and kept to himself. It explained so much. That his father was capable of love, that he must have loved his firstborn son and his first wife, two things he’d never mentioned to anyone. Carson wondered if Patsy would have been a different woman had she been able to make Reginald love her the way he must have loved his first family. Had his aloofness led to her killing him? It would appear so, since she had fled the country and was the prime suspect in his murder case.

Although his father was dead, Carson was getting to know him for the first time. That dredged up so much conflict in him. Until now, he’d strove to be everything his father wasn’t. Do and be whatever earned his father’s disapproval. Now he felt a connection to the man. He cared about giving him justice and finding the son who had been taken from him. And in the process, knowing him as he’d never had.

People said he was just like Reginald and that had always annoyed him. Maybe it still did. Back then, he’d wanted to get as far away from his father and his empire as he could. His mother, too, but as a boy, it had been his father’s approval he’d craved. To get that, he’d have had to devote his life to his father’s dream. AdAir Corp. When he’d grown into a young man, he’d done the opposite. He’d rebelled and joined the Marines. His father had been so angry when he’d informed him. And Carson had been nothing but glad that he was mad.

His gaze fell to a photograph facing him on the desk. It was of Landry and Whit with Reginald. They stood in this office, smiling with warmth Carson would have called fake before learning about Jackson. Something in the background caught his eye. It was a blue ceramic bowl on top of a wood-and-glass display case along the wall next to the door. Carson looked there. The cabinet was there but the ceramic bowl was missing. The picture looked fairly recent.

Where was the bowl, and was there anything significant about it?

Whit’s secretary stood in the doorway of the office.

Carson stood. “Right. Thanks.” He’d lost track of time. “You have the envelope?”

“Thanks.” He hoped he wouldn’t have to call her.

Taking the papers he’d been studying earlier, he left the office and walked down the bright and wide hallway of AdAir Corp with a limp that embittered him when he dwelled on it too much. Nothing like facing the rest of his life with a constant reminder of what he could no longer have. Mobility. A career in the Marines.

Reaching the conference room where the mediation meeting had been scheduled regarding Patsy’s dispute over his father’s will, Carson entered. Everyone was already there: his brother, Whit, sister, Landry, Georgia Mason and her stepmother, Ruby, and two attorneys—one Patsy had apparently hired on her own to represent her dispute, and the mediation lawyer. Despite the crowd of people, Carson noticed Georgia right away. Long, luxurious, dark red hair cascaded over her shoulders. The pencil skirt trimmed her curvy waist and her long, slender legs were bare from the knees down. Her dark green eyes glared at him from across the room. Everyone else had taken a seat but her. She was still mad at him. Mad at every Adair in the room. But her beauty struck him just as much as the first time he’d seen her. The sight of her really got his testosterone going.

“Thanks to strong storytelling and smooth pacing, readers will be hooked.” – RT Book Reviews 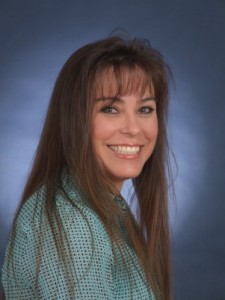 JENNIFER MOREY’S first stories were inspired by her childhood love of Man o’ War, Secretariat and The Black Stallion by Walter Farley. Bubbles of dialogue above cartoon drawings of horses led to hand-written tales of adolescent love. Years later, and two months after graduating from Colorado State University with a B.S. in geology, her mother died suddenly and the course of her life changed. The writer in her resurfaced, and she pursued a serious career. As Associate Project Manager for the Spacecraft Systems Segment of a satellite imagery and information company, Jennifer works with the International Traffic in Arms Regulations. When not writing, she can be found playing volleyball, hiking, flower gardening, socializing, or cuddling with her rescued golden retriever and feisty yellow lab. A finalist in more than twenty contests, Jennifer has received several awards for her writing, one of which led to the publication of her debut novel, The Secret Soldier.

Giveaway Ends 3. 25.15 and open to all who can legally enter.
Open to US residents only – sorry, no po boxes
An email will be sent and you have 48 hours to reply or a new winner will be chosen.
Winner will be announced within 48 hours at the end of the giveaway. Giveaway is organized by Bookhounds and sponsored by the publisher
It has no affiliation with Facebook, Twitter or any other entitiy.
Void where prohibited.
a Rafflecopter giveaway