The publisher Purchased of the media / book has provided me with a review copy at no cost. Opinions are my own. 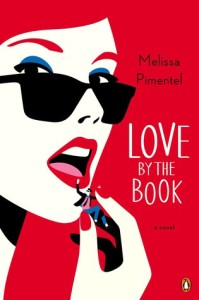 An American living in London, Lauren is intelligent, beautiful and loves to party. So why can't she convince a man she isn't after something more serious than scrambled eggs and goodbye in the morning?

Determined to snare some regular male affection, she embarks on a project: each month she will follow the rules of a different dating guide - from refusing to pay the bill to chatting up every man in her path - and will switch seamlessly to the next book at the end of each month.

Lauren's love life is about to get scientific . . 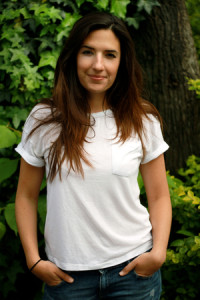 Melissa Pimentel grew up in a small town in Massachusetts in a house without cable and therefore much of her childhood was spent watching 1970s British comedy on PBS.

At twenty-two, she made the move to London to do an MA in Modern Literature at University College London. She has lived there happily for ten years, though she still adamantly refuses to eat a scotch egg. Before meeting her fiancé, she spent much of her time trawling the London dating scene for clean, non-sociopathic sexual partners and blogging about it, which became the inspiration for her first novel.

These days, she spends much of her time reading in the various pubs of Stoke Newington and engaging in a long-standing emotional feud with their disgruntled cat, Welles. She works in publishing.

Love by the Book is her debut novel.

Lauren has run away from her life in the states, to live in London while she regroups after a nasty breakup.  She finds a job using her marketing skills at a science center and decides to do a little market research on her own.  Her love life isn’t what she wants it to be, so she decides to follow the advice of dating books throughout the years.  Much like Bridget Jones Diary, she is looking for her Darcy.  And to find him, she must kiss a lot of toads.  Except Lauren would pretty much rather keep the toad instead of the prince. Seriously, some of the guys she dates are horrifying.  There are a bit of surprises through out the book as Lauren reveals what actually happened in her break up.

This debut is a quick and light read, full of humorous set ups and a female lead that is raunchy, full of adventure and somewhat hurt by the relationship in her past.  She tells guys she is not looking for a relationship and none believe her.  So she resorts to trusty guides like The Rules and historic guides for how to get the guy.  Each book is covered in a month and chapter and some work better than others. Overall, I really enjoyed this one and if you have never read chick lit, this is a good place to start. If you enjoy the show Girls or Broad City, this is one you will love.

Please check out the book club HERE for special drink recipes and discussion ideas. This is really a whole  meet up on a web page.
a Rafflecopter giveaway