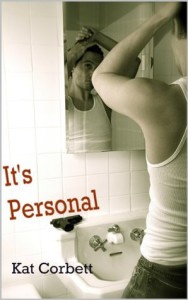 “It’s Personal” is the story of Anthony, a former contract killer for the Boston mob, now forced to face down the indignity of the slow, natural death his victims never received. His life, his stories, and his mistakes are remembered and retold by a surrogate son who must confront a different kind of mortality: watching his father figure waste away.

Shifting back and forth in time, twisting its way through the streets, clubs, and kitchens of East Boston in the 1960s to the dying cells in Anthony’s Parkinson’s-ravaged brain and body in the 1980's, “It’s Personal” recounts a shared history of friendship, nostalgia, consequences and loss, all while wrestling with the decision that once came so easily for Anthony: one room, one gun, and one person left alive to tell the story.

I have been following Kat’s dogs, V & Bleu on Facebook and was a fan of her creative photos with amazing little stories about her rescue dogs.   I wasn’t aware that she had written other stories until I saw a post about It’s Personal and decided to take a chance.

This short character study is one of the best things I have read in a long time.  The story follows Anthony and his end of life struggle while his surrogate son tries to cope with the issues of a man too proud to accept help.  Anthony has put him through school and tried to make his life better than his own.  The pair switch positions, where Anthony must accept care and realizes he is no longer in control of his own physical life because of illness.  I am definitely going to check out the rest of her work.

Kat Corbett is a DJ on KROQ in Los Angeles where she hosts the midday show and the local music show which has helped launched the careers of Silversun Pickups, Fitz And The Tantrums, Grouplove, Young the Giant, Local Natives, Family Of The Year and more. In addition, she hosts a show on XFM in the UK. She began her radio career in Boston at WFNX while simultaneously working for legendary concert promoter Don Law.

Raised a double-kid, part time in the suburbs and part time in the inner city, her writing career is as varied as her upbringing. In 2013 she released her first short story on Amazon titled It’s Personal. A story based in the gritty streets of sixties East Boston. Kat is also a professional copywriter for such clients as Mercedes Benz and Itunes. She began writing professionally with her column of observation pieces for Napster and Web In Front.

Kat has worked on many independent films in various positions from Producer, Sound Mixer to Music Supervisor, and is currently firming up two screenplays to go out with this year.

Kat Corbett’s voice over work includes clients as varied as the MTV VMA’s, Wheat Thins, Bloomberg, and Mercedes Benz. She is represented by Don Buchwald & Associates.

Kat lives in Los Angeles with her English Bulldog and Chihuahua.

Be sure to check out V & Bleu 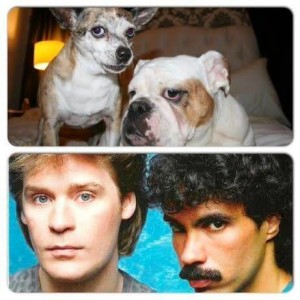