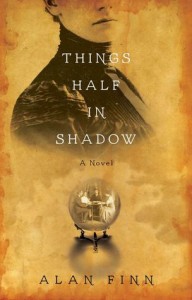 Postbellum America makes for a haunting backdrop in this historical and supernatural tale of moonlit cemeteries, masked balls, cunning mediums, and terrifying secrets waiting to be unearthed by an intrepid crime reporter.The year is 1869, and the Civil War haunts the city of Philadelphia like a stubborn ghost. Mothers in black continue to mourn their lost sons. Photographs of the dead adorn dim sitting rooms. Maimed and broken men roam the streets. One of those men is Edward Clark, who is still tormented by what he saw during the war. Also constantly in his thoughts is another, more distant tragedy—the murder of his mother at the hands of his father, the famed magician Magellan Holmes...a crime that Edward witnessed when he was only ten. Now a crime reporter for one of the city’s largest newspapers, Edward is asked to use his knowledge of illusions and visual trickery to expose the influx of mediums that descended on Philadelphia in the wake of the war. His first target is Mrs. Lucy Collins, a young widow who uses old-fashioned sleight of hand to prey on grieving families. Soon, Edward and Lucy become entwined in the murder of Lenora Grimes Pastor, the city’s most highly regarded—and by all accounts, legitimate—medium, who dies mid-séance. With their reputations and livelihoods at risk, Edward and Lucy set out to find the real killer, and in the process unearth a terrifying hive of secrets that reaches well beyond Mrs. Pastor. Blending historical detail with flights of fancy, Things Half in Shadow is a riveting thriller where Medium and The Sixth Sense meet The Alienist—and where nothing is quite as it seems… 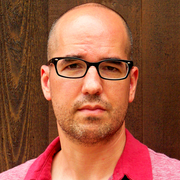 Alan Finn is the pen name of Todd Ritter, an acclaimed author of mysteries and thrillers. He began his career in journalism as a film critic while at Penn State University and has since interviewed celebrities, covered police standoffs, and written and edited obituaries. He lives in Princeton, NJ.

For lack of a better starting point, I shall begin this particular tale on a foggy morning in April of 1869. The mist rose off the water in thick, brownish puffs that reminded me of cannon smoke. It moved in the same skittish manner—an ever-shifting curtain of haze that offered fleeting glimpses of Petty’s Island as the fog approached the dock. I felt a familiar, unwelcome shudder of dread when the fog crashed over us. Tucked in its rolling tendrils was a heady stew of familiar odors. Damp earth. Dirty water. Decay.

With the fog in my eyes and its smell in my nostrils, I couldn’t help but think of Antietam. So much was the same. The early morning chill. The silhouettes of men shimmering within the mist. The stench, getting stronger. As another wall of haze moved in, I cast my eyes to the ground, expecting to see it strewn with the shredded corpses of my fallen brothers.

But I was not at Antietam. I was right here in Philadelphia. On the waterfront of the Delaware River, to be precise, the city sprawling westward behind me. The smell that rode with the fog was merely the remains of yesterday’s catch, sitting a few yards away in a rotting pile of fish guts and lopped heads. The ground, instead of bearing dozens of broken bodies, contained only one. A woman.

Dressed in a gray shift that clung to her body, she looked more girl than woman. Her blond hair, darkened by the water from which she had been pulled, spread across the dock like dredged-up kelp. Sand, pebbles, and streaks of mud stuck to her pale flesh. With her eyes closed and body still, she looked at peace, although I was certain she hadn’t died that way.

It was not, incidentally, the first corpse I had seen that week. I’d seen two the day before—an unlucky pair that had been stabbed in an alleyway on the city’s southern tip. Sailors, caught on the wrong end of a drunkard’s Bowie knife. After witnessing a sight such as that, a dead girl wasn’t so shocking.

Not that I was easily shocked to begin with. In my line of work, death came with the territory. As a reporter for the Philadelphia Evening Bulletin, I was called on to write about a wide assortment of subjects, but the one I covered the most was crime. Murders, mainly. And for a place nicknamed the City of Brotherly Love, there were an alarming number of them.

But the girl on the ground, it seemed, wasn’t a murder victim. At least that’s what Inspector William Barclay, standing on the other side of her body, thought.

“She drowned,” he told me. “The crew of the Cooper’s Point ferry spotted her floating in the river.”

The ferry was docked at Pier 49, ready to make the morning’s first crossing to Camden. Just beyond it, an impatient crowd grew along the end of Shackamaxon Street, waiting to board, with those in the front trying to peer past the line of policemen blocking their way. The rest of the waterfront rattled with activity, even at that early hour. The lumber mills and steelworks to the south were clanging and buzzing beasts. To the north of us, Kentucky boats filled with coal pushed out onto the river. But on the edge of the pier, it was just me, Barclay, and the dead girl.