Which is sexier, a biker or a billionaire? This could be the ultimate question in the romance community. After all, who can choose between a thousand dollar silk tie or a rough leather jacket? A growling Harley or a sleek Porsche? Today we’ve got authors Julie Ann Walker, Julie Kenner, Jennifer Probst, and Ella Goode debating the merits of their biker and billionaire heroes. Who wins? The readers!

Julie Ann Walker
When it comes to billionaires vs. bikers, there’s really no comparison is there? Because while a three-piece suit can be hot as hell, there’s nothing sexier than scuffed up biker boots and a leather jacket on a broad-shouldered man. Biker boots were made for kicking ass and taking names… the unspoken job of any true alpha hero. And a leather jacket? Come on! Tell me you wouldn’t go weak in the knees if a brawny, tattooed, handsome-as-homemade-sin guy draped one of those over your shoulders on a cool fall night. One of the many reasons bikers are so much hotter than billionaires is the attire, baby! Faded jeans that hug a tight ass? Check. Studded leather belt that can be used in amazingly titillating ways? Check, check. A Harley Davidson T-shirt that stretches over bulging pectoral muscles, flexing biceps, and a washboard stomach? Triple Check! I think we have our winner, folks! And it’s the biker by a mile!

Power is an aphrodisiac. Power comes in the billionaire package of a man who gets what he wants, when he wants, and no one ever stops him. Including the woman he has his eye on. Billionaires have power because they know what it’s like to close a million dollar deal without breaking a sweat. They study people and learn their weaknesses and strengths. They are bold. They are brilliant. And they know it. This type of power is seductive like no other, and challenges a woman to meet and match him in her own way. Like a subtle siren song, it calls to us to battle, to surrender. Power beats in the billionaire’s blood, radiates from his presence, and hypnotizes females in a way like no other.

Bikers are raw and hard. They have calloused hands and wear boots and jeans. They wouldn’t know how to knot a tie or what the hell prix fixe means. But they do know the meaning of loyalty and friendship. If you can capture one of these wild men, you won’t ever be alone because the biker will be there to back up your plays and support you. They’re the type to come home, see you in tears, and say “who’s ass are we kicking today, baby?”

Control. It’s a rare man who can become a billionaire without the ability—and the need—to control not only his surroundings, but his woman. And Rainer Engel, my newest billionaire hero from Caress of Darkness is sexy, hot, and definitely controlling!

“You heard me.” He moves closer, then reaches for the bar as well. The result is that I’m trapped, with a barstool on one side of me, the bar itself on the other, and Raine in front of me. Between us, the air crackles and pops, alive with the heat we are generating. “You’re coming with me.” 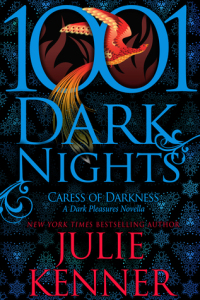 From the first moment I saw him, I knew that Rainer Engel was like no other man. Dangerously sexy and darkly mysterious, he both enticed me and terrified me.

I wanted to run-to fight against the heat that was building between us-but there was nowhere to go. I needed his help as much as I needed his touch. And so help me, I knew that I would do anything he asked in order to have 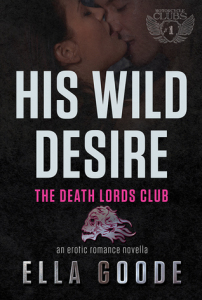 I’m not supposed to want him, but I do.

I’m not supposed to need him, but I can’t stop.

I’m not supposed to love him, but my heart won’t listen.

Most of all? I’m definitely, under no circumstances, supposed to sleep with him.

Grant “Wrecker” Harrison spent three years of his life locked away. He’s out and he’s tired of hiding. He wants everyone, even his father Judge President of the Death Lords MC, to know she’s his.

Chelsea Weaver loves Grant even though she knows its wrong. She knew it was wrong when she gave him her virginity and she knows it’s still wrong three years later…because Grant’s her stepbrother and Judge is the only father she’s ever known. 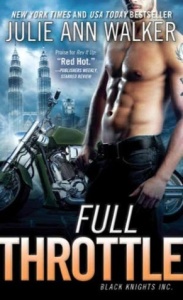 Carlos “Steady” Soto has taken part in his fair share of dangerous missions working at the covert government defense firm of Black Knights Inc. But nothing prepared him for the emotional rollercoaster he faces when he’s tasked with rescuing the only woman he ever loved—who also broke his heart. Racing against time and outmaneuvering a group of trained terrorists will take everything he’s got. Plus there’s the heat simmering between them which is threatening to ignite into an inferno. While ruthless enemies stalk them, they must learn to trust each other again. Even if they do make it out alive, will Abby turn her back on him…for the second time? 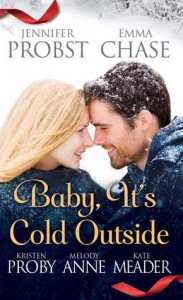 Can a determined woman executive and a playboy billionaire survive being stranded together in a snowstorm? Jennifer Probst depicts an encounter almost too hot to handle…

Read more about this anthology at Goodreads.