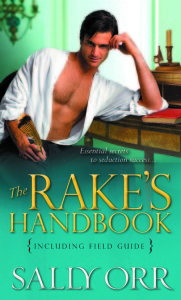 The definitive guide to seduction…

The Rake’s Handbook was written on a dare, and soon took the ton by storm. Now its author, Ross Thornbury, is publicly reviled by the ladies—who are, of course, forbidden to read the handbook—but privately revered by the gentlemen. Unfortunately, Ross’s notoriety is working against him and he flees London painfully aware of the shortcomings of his own jaded heart.

Spirited young widow Elinor Colton lives next to Ross’s country estate. She’s appalled not only by his rakish reputation, but also by his progressive industrial plans. Elinor is sure she is immune to Ross’s seductive ways. But he keeps coming around…impressing her with his vision for England’s future and stunning her with his smiles.

How does one resist the man who wrote the manual on love? 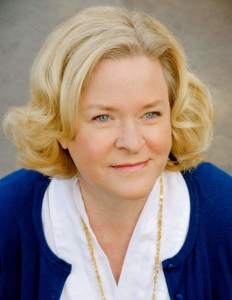 Sally Orr worked for thirty years in medical research, specializing in the discovery of gene function. After joining an English history message board, she posted many, many examples of absolute tomfoolery. As a result, a cyber-friend challenged her to write a novel. Since she is a hopeless Anglophile, it’s not surprising that her first book is a Regency romance. Sally lives with her husband in San Diego, surrounded by too many nerdy books and not enough old English cars.

Yes. And what’s worse, over and over at the same joke. Pathetic really.

No, not unless nerd girls are hunted.

A little of both, mostly plot, then obsess.

For 3 copies of The Rake’s Handbook: Including Field Guide