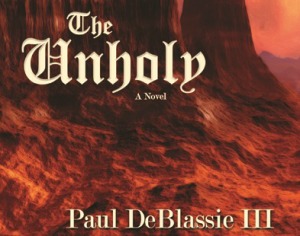 Haunted by the Writing Muse

Paul:  Pondering the muse is nothing I want to do too up close and personal. It’s like looking for too long directly into the sun. It’ll blind you. While I was finishing up some of the final writing of the Unholy, my daughter, Victoria, a sculptress, would warn me, “Dad, be careful..the muse will always want more and more. She’ll take over your life if you let her.” I’ve more or less listened to the wisdom coming from my daughter and I’ve found that doing so has served me well. The muse and I stay on good terms so that I don’t burn myself out or blow myself out with the white hot energy that is present during the writing process. I leave the desk each day knowing that I’ve left some in and that is the way it should be. I don’t want to keep going and listening to the sirens who beckon to me to go a little further, a little more into dark creative waters after a full day already spent giving birth to the words, sentences, paragraphs, and scenes. I pay respect to the muse at the end of each in the secret way that I do, leave her and myself wanting more but leaving the more on the table. That way there’s something for me to return to, refreshed and ready, the next day. You know, as I am writing this I see the muse, and she smiles knowingly and hopefully. She hopes one day I’ll listen to her and be seduced into more and more and more and not stop…and this is a good thing to know because then maybe by keeping it in mind I’ll keep my balance between truth to self and heeding the call of the muse. 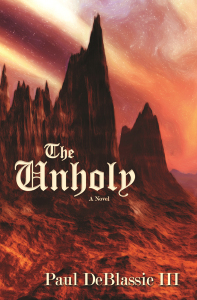 The Unholy by  Paul DeBlassie III

“A young curandera, a medicine woman, intent on uncovering the secrets of her past is forced into a life-and-death battle against an evil Archbishop. Set in the mystic land of Aztlan, the Unholy is a novel of destiny as healer and slayer. native lore of dreams and visions, shape changing, and natural magic work to spin a neo-gothic web in which sadness and mystery lure the unsuspecting into a twilight realm of discovery and decision.”

Claire took a deep breath, closed her eyes, and quieted her mind so she could focus on the day’s work ahead. She noticed the unease that came with anticipating Elizabeth’s grating voice and demanding presence, knowing it was a signal that the work with Elizabeth would be demanding. Soon, a mild sense of heat went up her spine to the center of her forehead, the place of the mystic

third eye, and into her hands and fingertips. Claire meditated on this feeling, which gradually became stronger, softer, and kindled empathy, an ability to feel what her patients felt, to understand their pain, to help them to heal. She had learned about the mystic third eye as a young child when her mother had taught her to respect the world of invisible realities. After her mother’s death, Claire had continued to learn from the medicine women who had been friends

of her mother, one in particular who had assumed responsibility for her care and instructed her well in the art of healing and natural magic. 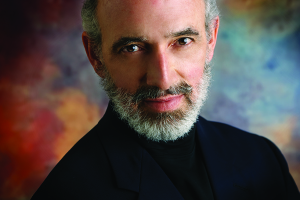 PAUL DeBLASSIE III, PhD, is a psychologist and writer living in his native New Mexico. A member of the Depth Psychology Alliance, the Transpersonal Psychology Association, and the International Association for Relational Psychoanalysis and Psychotherapy, he has for over thirty years treated survivors of the dark side of religion.

PLEASE LEAVE A COMMENT AND ENTRY ON THE FORM!
Winner can choose a kindle book format or a signed physical copy of the book

Giveaway is open to international, but winner will only receive an kindle format of the book
Winners in the U.S. will receive their choice of book format – a kindle or a signed physical copy 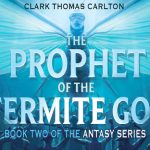 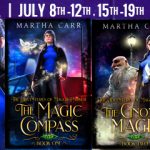 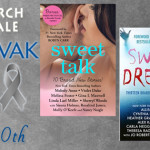