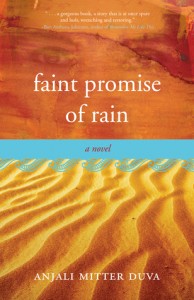 It is 1554 in the desert of Rajasthan, and a new Mughal emperor is expanding his territory. On a rare night of rain, a daughter, Adhira, is born to a family of Hindu temple dancers. Fearing a bleak future, her father—against his wife and sons’ protests—puts his faith in tradition and in his last child for each to save the other: he insists Adhira “marry” the temple deity and give herself to a wealthy patron. But after one terrible evening, she makes a bold choice that carries her family’s story and their dance to a startling new beginning. Told from the perspective of this exquisite dancer and filled with the sounds, sights and flavors of the Indian desert, Faint Promise of Rain is the story of a family and a girl caught between art, duty, and fear in a changing world 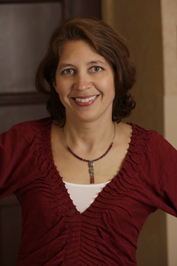 About the Author:
The daughter of an Indian father and an American mother, Anjali Mitter Duva grew up in Paris, France. After completing graduate studies in urban studies and civil engineering at MIT and launching a career in infrastructure planning, she found the call of storytelling too great to resist. A switch to freelance writing and project management allowed her more time for her own creative pursuits. Additionally, she is a co-founder of Chhandika, an organization that teaches and presents India’s classical storytelling kathak dance. In delving into the dance’s history, Anjali found in it, and in the dance itself, the seeds of a quartet of novels. Faint Promise of Rain is the first. 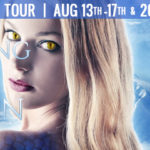 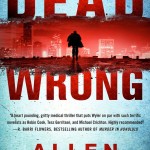 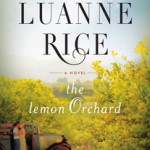 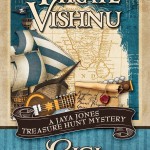